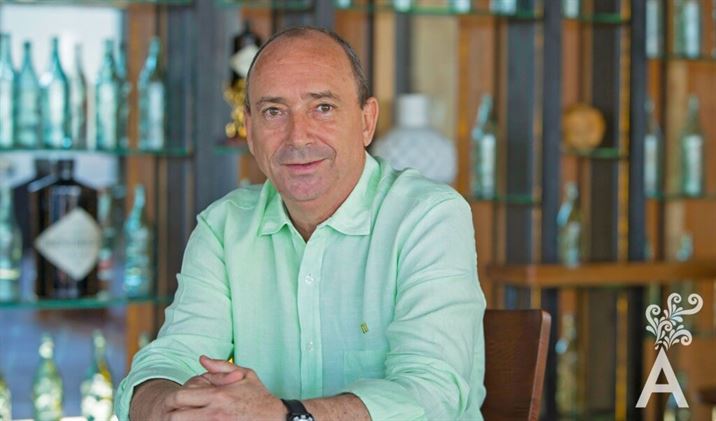 “With a combination of urban and vintage design, The Cape, a Thompson Hotel, offers a new definition of modern luxury. It is a contemporary evolution for Los Cabos. During the first year of operation it has received several awards and inclusions for innovating the hotel proposal in the world and has become the fifth Virtuoso hotel of the destination. “Eduardo Segura.

Mexican architect Javier Sanchez was in charge of the project. He accomplished his intended effect of merging the building entrance to the lobby with the ocean view. In addition, natural air currents wafting through the halls carry the soothing sound of the waves. The design manages to highlight the natural environment of the destination.

[two_first] The Cape is located on one of the best surfing beaches in Los Cabos. Using accents from the Thompson brand, an identity was created by employing surfing photos, leather cushions and, at the same time, Mexico´s traditional hand-painted tiles and artwork by the Mexican ceramist Jose Noe Suro. Decor by Marisa Gomez Vazquez dramatically complements the concept.
[/two_first][two_second]
[/two_second]

The Ledge restaurant features an extensive menu of traditional Mexican food and classic American breakfasts such as French toast.

Currents Spa is a secluded retreat with an atmosphere of dark walls and floors that provide an absence of visual stimulation, allowing guests to relax to the sounds of the sea and wind.

Manta’s Mexican-fusion cuisine is led by Chef Enrique Olvera. The chef ventures into new territory by presenting a menu of Peruvian and Japanese influences with local ingredients.

The Rooftop satay bar has become a gathering place for friends. The local DJ creates a stylish atmosphere for having a good time while enjoying craft beers or signature cocktails.

“In all seriousness, our employees live the essence of the hotel. They are spontaneous and genuine. Providing a travel experience our guests will always remember is our goal at

The Cape, a Thompson Hotel.”

www.thompsonhotels.com/ The Cape, a Thompson Hotel