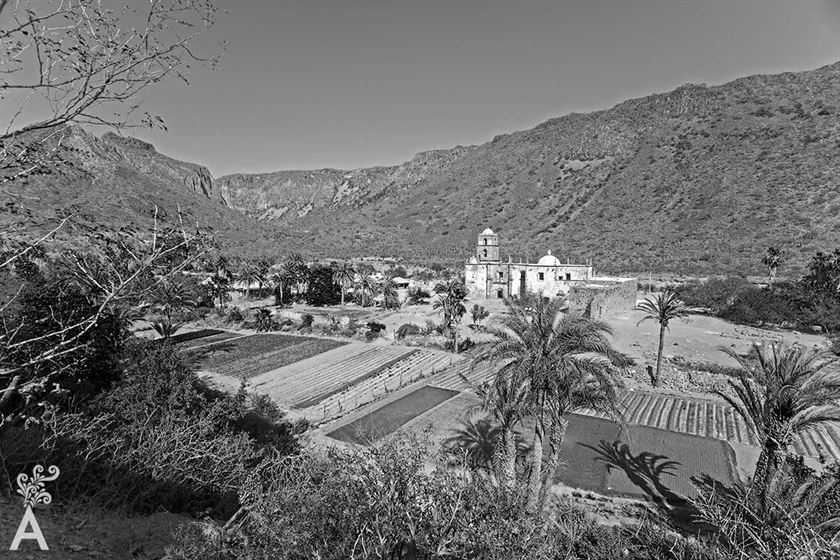 Born in Milan, Italy, on November 15, 1648, Juan Maria de Salvatierra began his novitiate at the Jesuit Society in Genoa, where he studied and worked as a teacher.

At the age of 27, he received an assignment to New Spain, the destination he and his friend, Juan Bautista Zappa, had requested.

In Mexico City, Salvatierra undertook intense religious and academic instruction and learned Nahuatl. His assignment was changed to Puebla and then to the Tarahumara region.

As visitador of the missions of Sinaloa and Sonora, he had his first contact with the Jesuit Eusebio Francisco Kino. The father managed to infect Juan Maria with an enthusiasm for the evangelization of Californias, where he had been from 1683 to 1685.

Father Juan Maria asked to be assigned to California but, instead, was appointed rector of the Guadalajara School. He was soon rector of the Colegio of Tepotzotlan, in the present state of Mexico.

On February 6, 1697, father Juan Maria received authorization from the viceroy to initiate, along with Kino, the Christianization of the Californias. However, due to insurrections by the Pimas, he had to remain in the Sonora province.
[/two_first][two_second]
[/two_second]

Salvatierra arrived at San Bruno with companions and provisions. The site had been a temporary mission founded by Kino, but the new arrivals were displeased with the lack of water. The group continued a little south and arrived at a more comfortable location. On October 25, 1697, the Maria Lauretana effigy of the Crowned Virgin of Loreto was taken from the ship and brought ashore. It signaled the beginning of an extraordinary 70-year effort in which a long series of missions were established and the most important population areas of the south California peninsula were settled.

Father Juan Maria died in Guadalajara, Jalisco on July 18, 1717. He was on his way from Loreto to Mexico City to report on the missions to the vice regal authorities. He received exceptional funeral honors and was buried at the foot of the image of the Virgin of Loreto in the chapel he built during his time in the capital of the Californias.

Previous articleJesuit Missionaries
Next articleThe History of the Camino Real