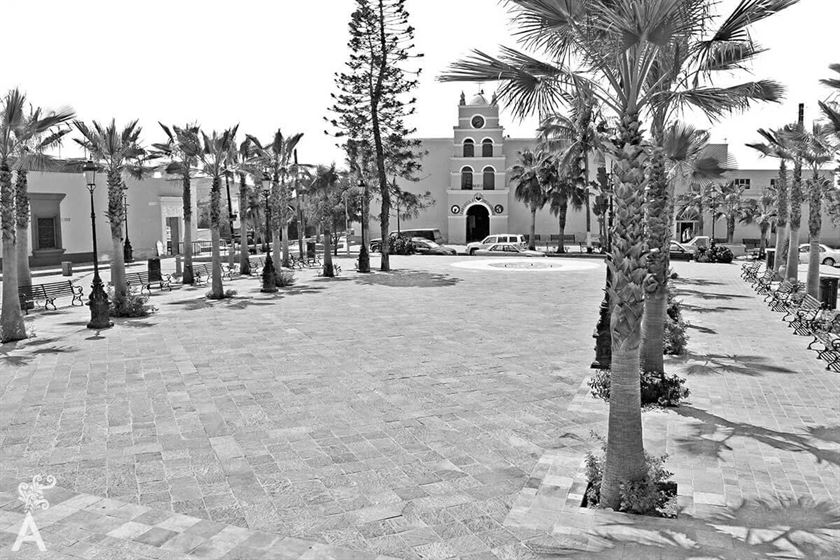 Todos Santos was originally a town dependent on the Mission of Our Lady of Pilar located in La Paz and established in 1723. A contribution from Rosa de la Peña, cousin of the Marquis of Villapuente, made the mission of Todos Santos possible. The donation was used to bestow Mission status on the existing village.

“It is an adobe church, with two wooden doors and a vaulted wooden ceiling. The priest’s presbytery is a single room and serves as the sacristy.

The choir loft is made of wood with handrails of the same material. To the right of the main door is the tin baptismal font. In the baptistery chapel, there is a large altarpiece of Nuestra Señora del Pilar. The altar is adorned with four mirrors with gold frames.”

The structural complex is composed of the old church and a more modern construction dedicated to the order. The sanctuary is rectangular and oriented from south to north and the interior is divided into two sections by means of side doors. The walls are smooth with a coating of lime and the roof of the nave is a concrete slab also with lime.

There is a wooden spiral staircase up to the choir loft in the presbytery that has a wooden balustrade. Both sidewalls of the nave contain niches. The upper areas are finished in the shape of an inverted shell. The niches house small religious images.