The History of the Camino Real 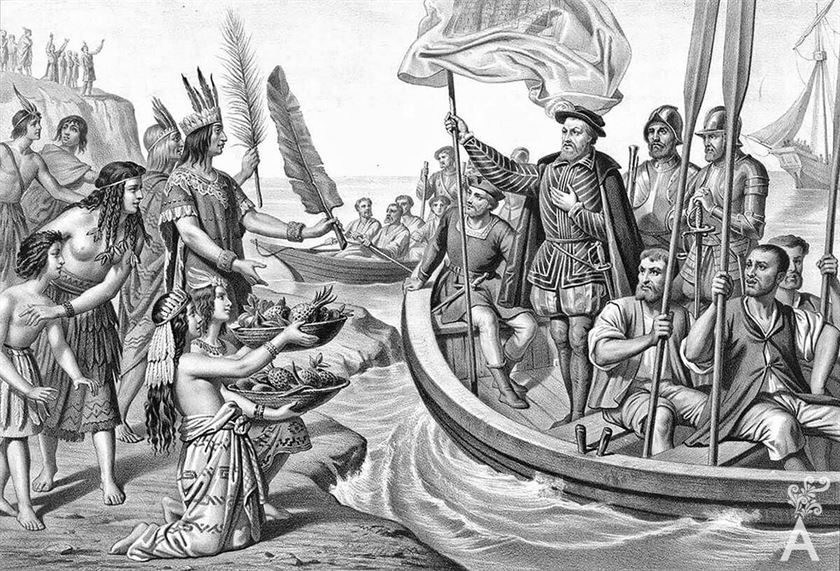 Mexico, like all of Latin America, is a product of the cross breeding and cultural merging of Mesoamerican and Spanish cultures. It all began during the imperialist period in the 15th century with the voyages of Cristóbal Colón who searched for new commercial routes to Asian ports. The discovery of the new continent generated great interest in the European kingdoms to learn about and exploit the natural resources of these lands. Employing the colonial model, the Europeans dominated the new territories for more than three centuries.

In order to strategically unite the conquered territories and expand the limits of their dominions, roads were built in Mexico and the southwestern areas of the United States. Once the first settlement in America, the Villa Rica de la Vera Cruz, was established under the command of the Spanish Crown, and Hernán Cortés conquered the main Mesoamerican urban center of the time, Tenochtitlan, in 1521, the first road was built in American territory that would become known as Camino Real Veracruz – Mexico. Later, it would be complemented by the Camino Real Acapulco – Mexico and the Camino Real de Tierra Adentro. The two routes created a commercial link between the two seas and united the territories of the north with the capital of the country.

A portion of the roads the Spaniards built followed paths the pre-Columbian cultures had already constructed. Nevertheless, the model of construction was completely different. The roads were wide enough for a cart pulled by horses. Where possible, they were lined by tall and dense trees that provided shade and comfort and linked strategic stations where travelers could be nourished and rest. The road from Veracruz to Mexico City meant traveling 256 miles in approximately 22 days.

Where was the concept of Camino Real born? In the second century BC, Spain was part of the Roman Republic and was known as Hispania, from where the current name was derived. During this time, an important and complex network of roads was built that united Rome with all the territories of the empire. It was from here the phrase emerged “All roads lead to Rome.” The roads were different from those that came before because of their importance and characteristics. They were more than eight feet wide, flat or paved and when it came to crossing rivers and over slopes, bridges were built that, in many cases, exceeded 30 feet in length, an important measure for the structural knowledge of the time. With the fall of the Roman Empire by the Visigoths, the Muslims ruled Spain. Christians gradually re-conquered the Hispanic territories culminating in 1492 with the recovery of Granada. Once the Spanish reign was established, the Roman roads took the name of Camino Real. Their main purpose was to connect the royalty with the subjects inside their territories.

The three main Camino Real built in Mexico weren’t enough. The need to unite economic, religious and human centers required the construction of other roads that also carried the Camino Real name because of their design and importance. This was the case of the Camino Real de Chiapas that connected Mexico with Guatemala, the Camino Real de Yucatan that united Merida, Yucatan and Campeche, and the Camino Real de California linking Alta and Baja California to the San Francisco Solano Mission in Sonoma, now in the U.S. state of California, to the Estero Mission of the Palms of San Jose del Cabo Añuiti.

The route of the Camino Real of California is one of the most interesting because of the natural contrasts that unite the territories inhabited originally by the Pericues, Gaycuras and Cochimies Indians. Under the protection of the Alexandrine Bulls that allowed the conquest of new territories in the name of Spain and forced the conquistadors to evangelize the natives in the Catholic faith, a set of missions were built along the peninsula under the protection of the Jesuits and later Dominicans. The missions were unique architectural attractions surrounded by incomparable natural beauty.

With the development of the technology of both the transportation systems and the roads that connect one city to another, the concept of the Camino Real has been transformed into what we now know as highways. They allow us to travel quickly and comfortably from one point to another. However, we can still find traces of the roads that are part of our country’s history. As a visitor or resident of Baja California Sur, be sure to visit all the missions and places the Camino Real de California united along the peninsula and be amazed by the unique cultural and historical background of our country.