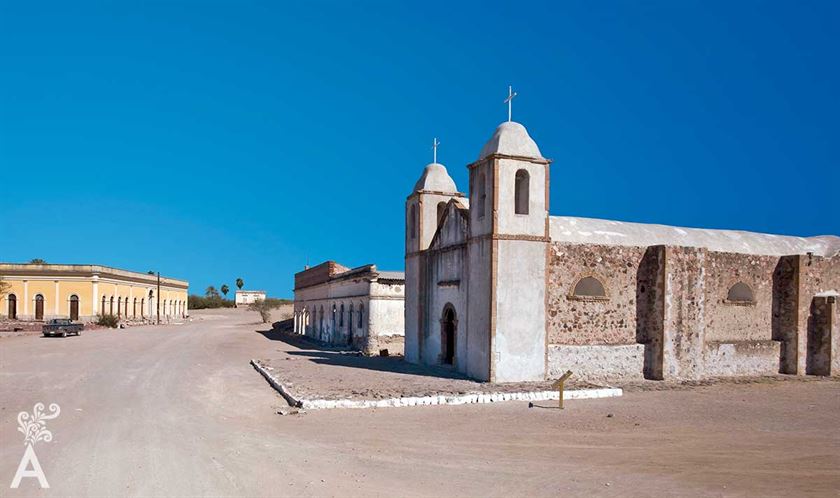 The location was settled by Father Clemente Guillén in 1721 and converted into a mission in 1740 by Father Lambert Hostell. Father Johann Jackob Baegert replaced Hostell in 1750 and built the church.

The mission is located in the valley of Santo Domingo, in a place called San Luis Gonzaga, approximately six miles southwest of Ciudad Constitucion. Access is difficult due to bad roads.

The church is composed of several buildings. One is completely deteriorated; the others are of great value for their historic-architectural heritage.

The temple is a single rectangle oriented east to west. There is a semicircular apse with enclosures on both sides. Two bell towers stand at the entrance.

The interior nave is divided into four sections by means of two bundled arches of carved stone with decorated moldings embedded in the side walls.

The inner sidewalls are symmetrical and contain niches. The central niche is blind and projects out to the exterior. The lateral niches in the upper area have semi-circular arched windows that illuminate and ventilate the nave. The floor of the apse is about six inches higher than the floor of the nave. There is a modest altarpiece with a carving of San Luis Gonzaga as the central element. It is protected by glass.

The interior floor of the temple is made of stone pieces fixed in place. The enclosures have a flat slab that is textured with a mixture of lime. Like the interior walls, there is a small window on the south wall. 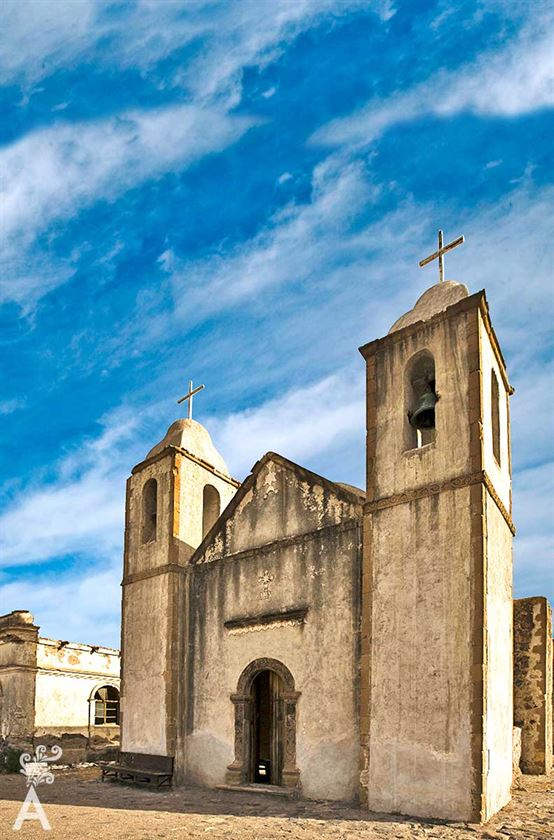 The entrance is simple but harmonious. The central part of the doorway is framed with a semicircular arch of quarried stone decorated with a low relief floral motif. The upper part of the entrance features carved stone with rosette motifs that horizontally link the bell towers.

Between the garland and the impost is a small stone cross. The central element ends with a frontispiece and a stone cornice on the parapet. The elements of the towers are symmetrical. Below the garland is a square base with openings on all four sides. At the top is a semicircular arch that ends with a stone cornice like a cupula. On top is a single wooden cross. The four towers are finished in a cream-colored stone. 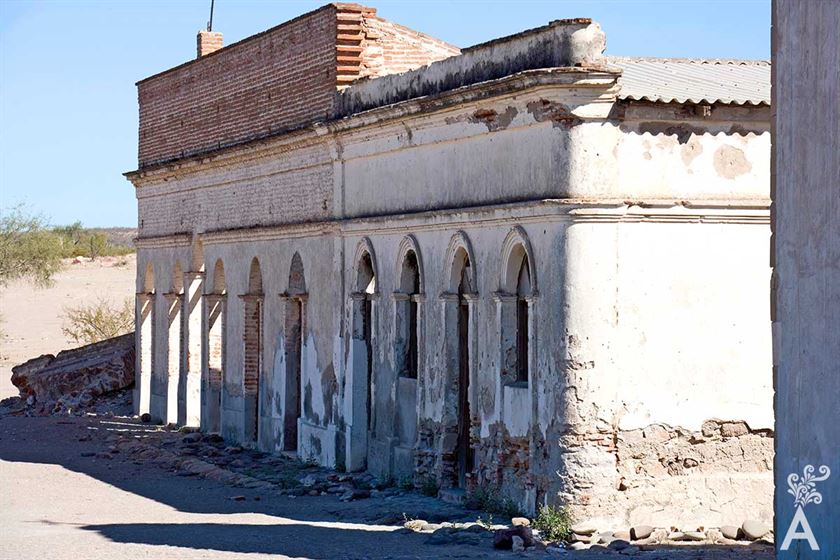 The lateral facades are symmetrical. The lower part of the nave wall extends out into the yard. Standing at the wall, we can observe the bell tower, the elements of the niches that protrude from the nave and the enclosures attached to the apse.

In the upper part of the church we can see the semicircular arch windows that illuminate the nave. The windows are framed in carved stone with flora motifs. Inside the apse, the walls rise to become the barrel vault ceiling.

All the edges of the exterior walls are finished with cream-colored stone. Rainwaters run off the roof through stone gargoyles. The roof of the barrel vault is textured with a mixture of lime. The temple atrium contains stone pavements from the surrounding region.

The Legend: The Ballet Dancer of the Teatro Juarez Previous
La Paz Next