From the desk of Laura G. Bueno 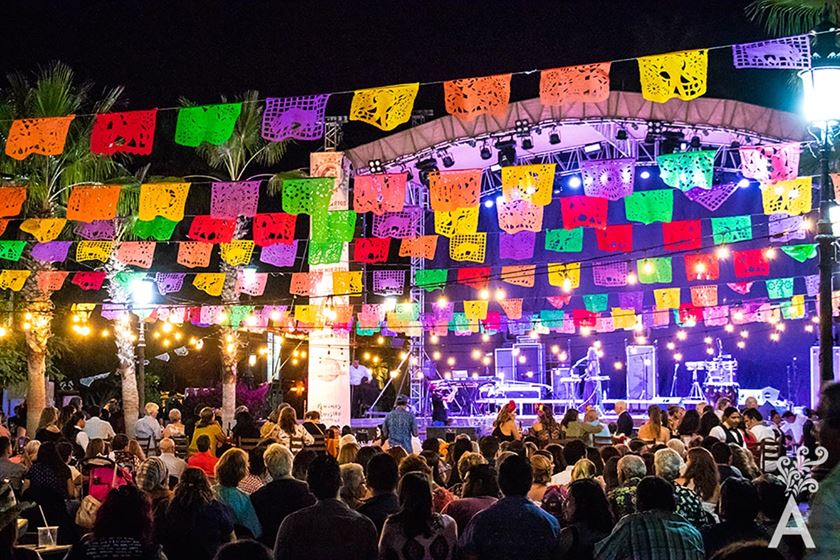 The human essence of creating and the beauty of appreciating every form of representation that astonishes the senses is the definition of: Culture. It is any manifestation of humans that enhances values and forms the traditions and beliefs of a people that endure, transcend and gives identity to a civilization.

Mexico as a country has these riches, beliefs and ideas, where respect for equality and differences is fostered. That is why Mexicans are a multicultural people, with mistakes and successes, in the constant search for improvement.

We create culture with a simple pen and some sheets of paper, with a brush on a cave wall or on a canvas, with the chisel and the stone, with clay, glass, and wood in the hands of the craftsman, with mimicry and acting on the stage of a theater, with the sound of conches and the murmur of the waves, with musical instruments, dances and the folklore of the mariachis. We can see all that in the rainbow and prism of colors that is Mexico.

In the world of music, we can quote our National Anthem, the waltz On the waves by Juventino Rosas, which seems to carry the wave compass and bathes the coasts of our peninsula. In the Huapango de Moncayo, with beautiful notes of pre-Hispanic and folklore combination and in the March of Zacatecas. Listening to them, performed by a symphony orchestra, is unparalleled. In the creation of the typical costumes of the 32 States of the Mexican Republic that describe each of these States with colors and drawings and in the dances of each region with the identifying music.

Through painting, we can illustrate our world from our cave paintings to the muralists such as Rivera-Siqueiros-Orozco who illuminate and add color to Mexico. Architectural achievements are demonstrated by the builders of pyramids, aqueducts, churches, convents, homes, monuments, museums, art and concert halls and theaters.

In the written word, we are represented by the poet Octavio Paz, winner of the Nobel Prize for Literature in 1990, as well as many chroniclers, storytellers, novelists and historians who, over the years, have preserved the culture of our Mexico.

To know the history of Mexico and its culture, it would be enough for you to observe the Mexican banknotes that are part of our heritage and that portray the characters considered heroes or artists of Mexico. Today, we are proud that the beautiful ecosystem of Baja California Sur appears on the new denomination note of 500 pesos. The Bank of Mexico decided to include the whales that visit the State each winter season.
[/two_first][two_second]
[/two_second]

In Baja California Sur, the whiteness of the salt flats in Guerrero Negro; the greenery of the oases of San Ignacio; the arid coffee color of the deserts; the red of the sea and the deep blue of the ocean; and, the mixture of colors between the waters and the desert form a multicolored palette. It is where the artist paints canvases of sunrises and sunsets, with full moons reflecting in the waters.

That range of colors, flavors, sounds, smells and landscapes, make Baja California Sur a huge receptacle of ideas and creations by Mexicans as well as visitors and migrants from other nationalities. Their inspiration shapes a culture that feeds us values and human warmth. As always, our territory, through our ethnic cultures and the fusion with universal ideas, makes up a country where the ingenuity and creativity of its people has no limits.

The South Californian peninsula is a place visited by cultural representatives who not only come for pleasure but also to interpret their music, dance and art. There is also a community of artists, creative musicians, composers, dancers, writers, sculptors, painters, and others who have made this peninsula their home.

Festivals of jazz, dance, cinema, plays, gastronomy unite with music, such as the famous Sabor a Cabo. All this is part of this culture between two seas: The Gulf of California and the Pacific Ocean.

Fruits, vegetables, legumes and other foods that are used in the gastronomic culture of the whole country and that, in Los Cabos, La Paz, Loreto, Comondu and Mulege, present us with succulent tables at home and restaurants. The food, without a doubt, represents a culture from the preparation of the dishes to the presentation.
[/two_first][two_second]
[/two_second]

Los Cabos is the canvas that awaits the pen and brush, that illuminates and fills it with colors. That is why galleries exhibit national and international creators who seek tranquility and the inspiration of our natural charms. Architects and engineers add their creativity to the destination and their buildings brighten the view of residents and visitors.

For all this and much more, we want you to be part of our culture and traditions and contribute your ideas, feelings and values. Together, we form a country where we want to live.