The Rising of the Pericue 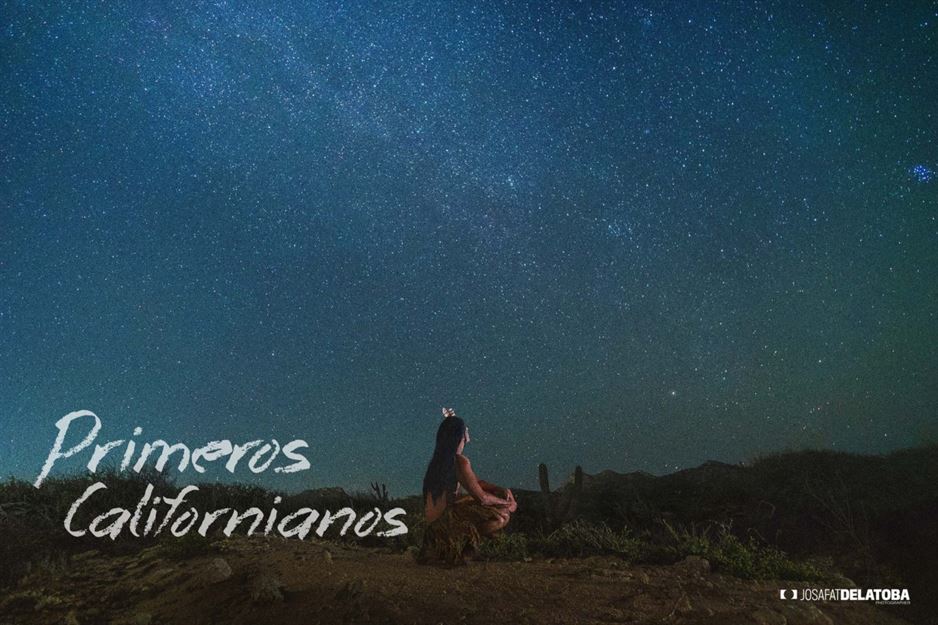 “Since Anibal Amador Castro is great to talk to (like a good Josefino choyero), and a server likes to take photos, it motivated us to contribute the concept of life of the Pericú indigenous people. So we dedicate the time and energy necessary to create the history of the first settlers of Los Cabos in our peculiar style, let’s hope this sample transmits the connection with our environment. ”

Between the coast and the desert, an indigenous people survived in the shade of a palm grove. The location was called Añuiti, “place among palm trees.” The palm orchard of the ethnic group edúe was a critical resource that reduced the hardships brought by this cracked and parched earth. It was where men and women used their knowledge of ancestral practices to survive. In time, strange objects appeared on the far horizon. The approach of ships served as a prelude to contact with Europeans.
[/two_first][two_second]
[/two_second]

There was friction between the Indians and the missionaries from the very beginning. The evangelizers insisted the native inhabitants abandon their customs. Polygamy was the number one issue. The natives viewed polygamy as a strategy for human survival. In the eyes of the missionaries, it was demonic behavior. At the beginning of 1733, in the missions of Santiago and San Jose del Cabo, an indigenous governor named Domingo Button was reprimanded and publicly punished by order of Father Lorenzo Carranco.

In San Jose del Cabo the leader of the Indian communities, Marcelino Chicori, also suffered the wrath of Father Nicolas Tamaral. According to Father Venegas, Marcelino Chicori and Domingo Button were frequently visited in their respective ranches and, as they had authority over the populations, they soon enlisted the support of other indigenous chiefs. As a result, it was easy to communicate their disagreements with the Spanish and provide instructions for ethnic resistance.

During the month of August, the native rebels killed a soldier who cared for the cattle in the mission of San Jose del Cabo. A kitchen helper in Todos Santos was also killed, as was the only soldier who guarded the missionary compound of La Paz. The rumors of an uprising reached the ears of the three missionaries who managed the region that was home to the Pericu Indians. Death threats were made.

On the first day of October 1734, an enraged group of Pericues led by Cristobal Abue pulled Father Lorenzo Carranco from his cabin. He was killed by arrows and his body mutilated. On Sunday, October 3 of that year, Father Nicolas Tamaral of the San Jose del Cabo Mission suffered the same fate.
[/two_first][two_second]
[/two_second]

A group of Indians entered the mission and assaulted and killed the missionary. His body and religious objects were then burned. On the afternoon of October 4, Father Segismundo Tavaral of the Todos Santos mission was made aware of the events in Santiago and San Jose del Cabo by Indians who lived near the church. Father Segismundo departed immediately accompanied by his escorts and several Indians. They traveled to the mission of La Paz and then Loreto.

Meanwhile the rebels, proud of their apparent success, destroyed every vestige of the Spaniards and local missionaries, including religious objects and symbols. Fire and death put an end to everything that was an alien presence in the land of the Pericues. However, with the arrival of Spanish forces in Loreto, Captain Esteban Rodríguez Lorenzo ordered his troops to carry out the first reconquest campaign. An army was formed of twenty-five provincial soldiers, one hundred sympathetic Indian archers and many Californian volunteers. Faced with the impossibility of defeating the larger enemy forces, the soldiers focused on the weakest part of the population. They captured women and children and sent them to Loreto.

They were then transported to places of exile. Bernal de Huidobro, Governor of the Sonora and Sinaloa Provinces deployed his forces. Demonstrating the warlike superiority of his army, he managed to find the leaders responsible for the uprising and, in about two years, quelled the rebellion. In 1737, the Governor sent 25 Pericues Indians to Mexico City. Included were the main indigenous leaders Cristóbal Abue, Domingo Button, Marcelino Chicori, Francisco Mete, Felipe Caichane and others. They never reached the capital of the New Spain. They were killed on the road.

The missions destabilized the indigenous population by destroying their sociocultural and survival structures. Over time, the Pericu Indians became extinct. Rock paintings found in our municipality contain vestiges of these past cultures.