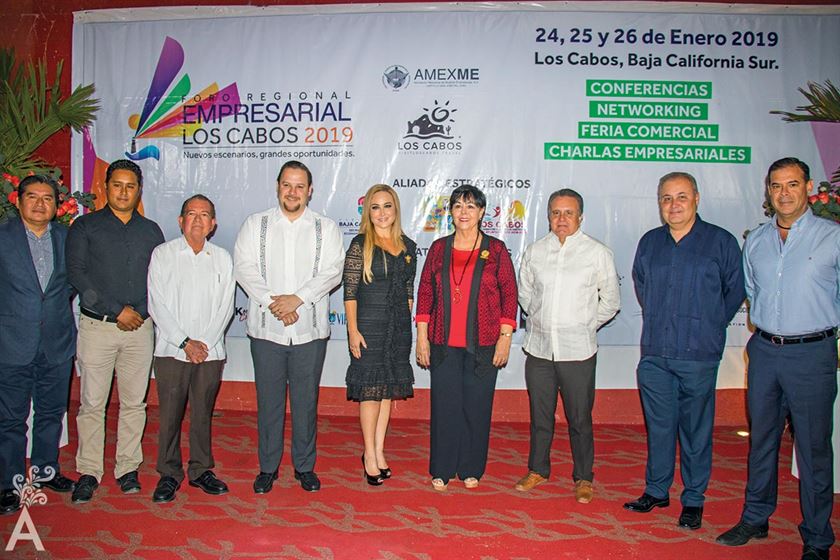 Driven by the slogan Alone Invisible, Together Invincible, the Association of Businesswomen, San Jose del Cabo Chapter sponsored the successful AMEXME Business Forum 2019 last January in Los Cabos. The event proved that unions make a difference when it is about organization and putting the name of Los Cabos back on top.

With a program titled “New Scenarios, Great Opportunities” among the topics addressed in the conference, panel attendees could analyze the economic future, learn new tools and address new challenges.

One of the keynote presentations was given by Leo Zuckerman, commentator, academic and one of the most influential opinion leaders in Mexico. With an entertaining and clear delivery, he presented an analysis of how the economy is managed and the impact on the current presidency.

The forum focused on the connection between women entrepreneurs from the northern region who promoted the national expansion of their companies. At the same time, space was set aside for networking, as well as a trade fair for products open to the general public.

In addition, the San Jose del Cabo chapter of AMEXME reaffirmed its commitment to fighting cancer by donating 20 percent of the proceeds to the Breast Cancer Society and Questro Foundation.

The Mexican Association of Women Entrepreneurs was created more than 50 years ago. More than six thousand members belong to sixty chapters. The association is also part of the Femmes Chefs d’Entreprise Mondiales.