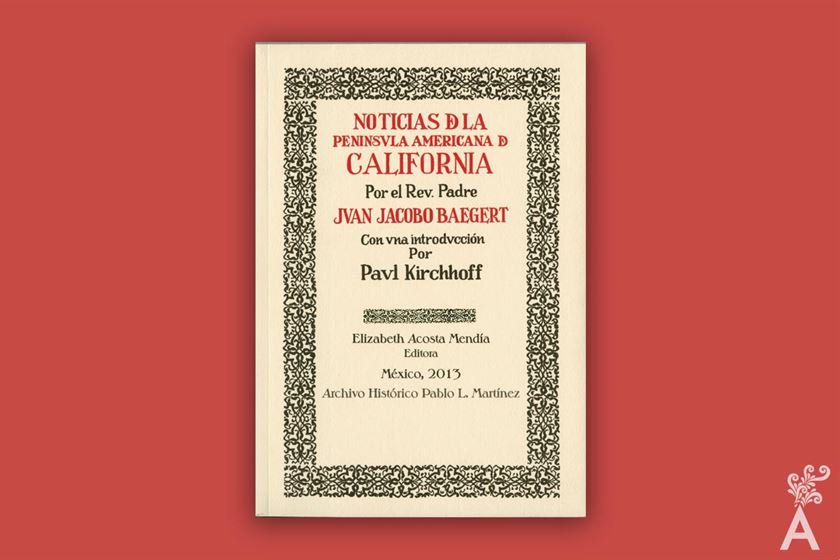 A storage structure located on the roof of an old building known as El Sorbazo was, for many years, the place of refuge for much of the documented history of the California Peninsula.

In addition to humidity and mildew, there was damage to this valuable legacy that came from a long time ago. Several filibustering incursions, foreign invasions and internal political conflicts throughout the 19th century caused the local authorities to order the transfer of the archives to different places for safeguarding.

An example of notable documentary loss took place during the war against the American invaders in 1847. The lack of arms and ammunition forced the defenders of Baja California to use “the oldest papers” to make powder cartridges. As a result, nearly the entire history of the Jesuit occupation of the Californias and part of the eighteenth century became patriotic ash.

Thanks to an understanding of the importance of conservation by officials during the nineteenth century, the history of the peninsula was rescued again and again. The existence of the Historical Archive based in La Paz is proof.
[/two_first][two_second]
[/two_second]

At the end of the 1960s, historians, scholars and concerned citizens supported the rescue of the historical collection by promoting the creation of the Sudcalifornian Historical Archive. The dream became a reality on May 9, 1969.

What an accomplishment for those that daily devote part of their lives to conserve and catalog the valuable historical heritage of Calientes!

One of the requirements for creating the State Historical Archive is that the assets serve as a support for construction on the Californian Peninsula. Consequently, a central function is public service, predominantly provided by researchers and students of upper and higher secondary education.

The Historical Archive is named after the native author and historian Pablo Leocadio Martínez Márquez of Santa Anita and the municipality of San Jose del Cabo.

Don Pablo was one of the first South Californians to directly investigate the national and foreign collections of documents that contained material about the Californias. One of his most recognized works, History of Baja California (1956), drew the first general outline of the peninsular history. After an exhaustive search of the civil and ecclesiastical records of the main Sudcalifornian populations, he also produced a second important text, Family Guide of Baja California Sur 1700-1900 (1965).

However, Don Pablo left the History of Alta California 1542-1945 unfinished. It was published after his death in 1970. The book demonstrates the growth of his experience and skill in the management of primary sources and his tenacious character in his search for information.
[/two_first][two_second]
[/two_second]

Professor Martínez earned permanent recognition in June 1990 when he was declared Illustrious Sudcalifornian and his remains were buried in the archive rotunda built specifically for this purpose.