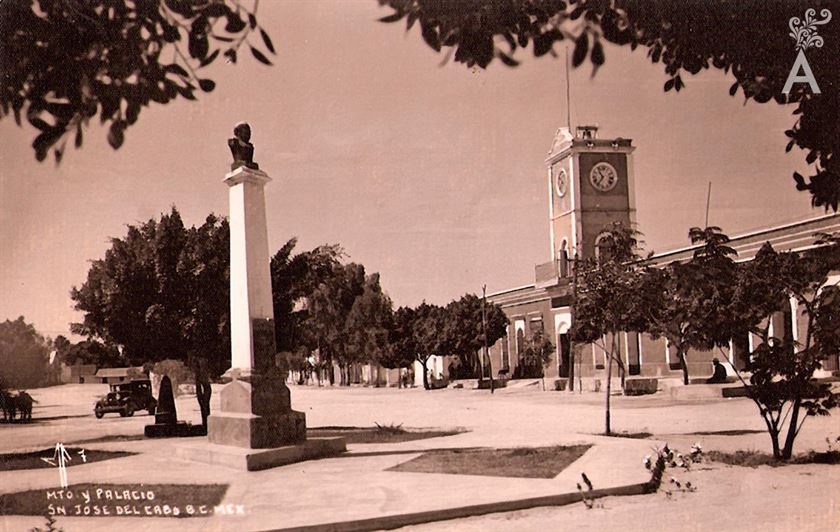 Like other lands, the Scented Soil of Sudcalifornia forged singular, unique characters with certain characteristics that symbolized the way of life of most of the settlers.

“I was born in what is now the library of San José del Cabo. It is that big house there, the house we told you about. It was a very tall house that had about six very large rooms. The walls were thick, and the roof constructed with crisscrossed beams of palm that were covered with bricks. There was a very wide hallway with checkered wooden arches. It looked beautiful. The house and the patio took up a block. The kitchen was attached to the house but not integrated. Inside was an old-style kitchen stove and utensils including pots, pans and more that hung from the ceiling, plus a breakfast table … “

To describe for the reader what San Jose del Cabo looked like in the 1940s, picture a community with no tourist features and a small population with deeply rooted family values. The lack of amenities and the geographic isolation created the ideal setting for solidarity and fraternity.

“You lived in a community that was like a big family. The doors of all the houses were open. I lived during the time of the tomato and corn, the time of the mills, the sugar cane, and the heart of the cane that became molasses … it was an industry. That, together with the dried shark meat, liver and oil, were what flourished here … the tomato businesses left after the Second World War and after Sinaloa produced too much and the price dropped to the point it was no longer profitable here.”
[/two_first][two_second]
[/two_second]

These remembrances are not an attempt to return to that past, but to reflect and point out that by reaching the horizon, it is possible to find freedom and love.

Los Cabos, like the many different peoples of our Mexico, always yearns for a better future. Remote places such as this at the end of the earth are an invitation to rest and nourish the spirit, as well as to enjoy a sense of freedom. Live in our villages, walk along the streets, around the corners, then travel through the mountains, over the bodies of water and experience adventures on the Sea of ​​Cortez and the Pacific Ocean, whether it’s a swim, the beaches or a tasty oyster or lobster.

Cabo San Lucas and San Jose del Cabo are the two main cities of Los Cabos and are a little more than 20 miles apart. However, not much separates the two cities anymore because the road is now full of majestic tourist services. This mixture of geography and cultures has resulted in a better destination for those who live here and those who visit this wonderful Scented Soil.

Reaching the horizon is an achievement for our culture. The ideas that come from such efforts should always underpin the social construction that leads to the path of self-identity and respect. The act of merging horizons creates new vocabularies of comparison that make it possible to express intercultural contrasts. It is not about registering a catalog with rules of coexistence, but about noting that, in the history of colonization, the merging of horizons has been a question of force, of massacre, of imposition. In truth, it is only through tolerance and respect for the blending of cultures that societies succeed.

Therefore, people who are born here or move here with their ideals, their way of seeing life and above all, their respect for and love of freedom, are an important part of this current society.