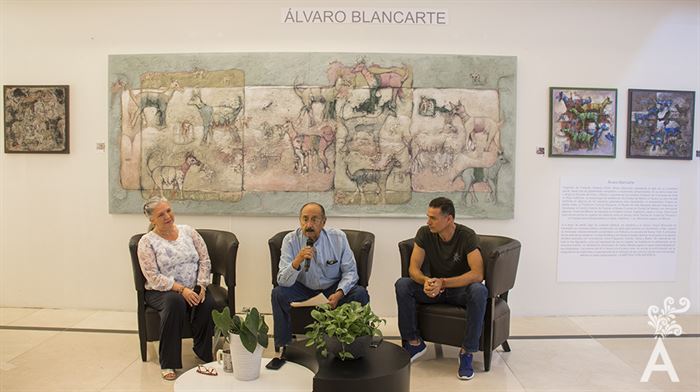 The master, Alvaro Blancarte, launches an announcement for all plastic artists who wish to participate and take one of the highest prizes that have been in Mexico alluding to one of the 7 Fine Arts: painting.

Alvaro Blancarte is a reference to Mexican art and his relevance, both local and national, positions him as one of the most important artists in the country. His works have been exhibited not only in Mexico but around the world, and today, he chooses Los Cabos to present his most recent project Trienal de Tijuana, 1° Internacional Pictórica.

The aim of his new proposal is to know what is happening in the present with painting and what the different plastic artists are doing. His concern to realize this idea arises from the need to do thorough research on what is currently the meaning of painting and what characters drive it?

The artist who wishes to participate will have to present a painting of any measures. “It is not about assembling paintings, but about making a piece of art,” said Alvaro Blancarte at a press conference that took place in Yandi Monardo’s gallery.

Thanks to the support of the Ministry of Culture and the Cultural Center of Tijuana, Alvaro Blancarte announce the first place will win 1 million pesos and there will be two more honorable mentions, with a 250 thousand pesos prize respectively. 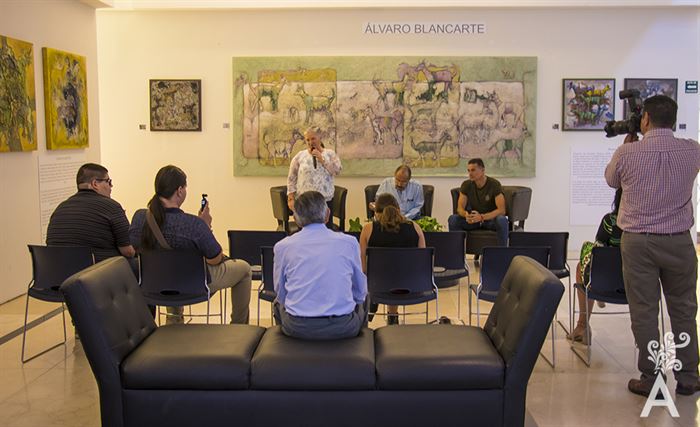 Blancarte proposed something different that has not been done before in Mexico with the main goal of bringing up the importance that plastic artists deserve. For this reason, the contest will be made up of 50% male and 50% female artists.

The Trienal will be formally presented at the end of August and it seeks to bring an international projection to the country. The Cultural Center of Tijuana will be the venue and it is expected that on its anniversary in October 2020, all the art projects can be exposed.

The abstract painter decided to make the first official announcement in Los Cabos, a special place in his heart, for being a destination that he appreciates and that have received him with open arms. Also, the destination is home to different artist and has been increasing in this matter for the last couple of years.

It is not surprising that, at 85, Alvaro Blancarte continues to break paradigms with this proposal that has significant prizes, gender equanimity and freedom of expression for all plastic artists.

In the end, Blancarte mentioned to the attendees: “hopefully there will be so many proposals that do not fit in the room”, extending the invitation to the artists of Los Cabos to participate in this important forum of pictographic expression.