The secret circle in The Wine Bar by Romeo and Julieta 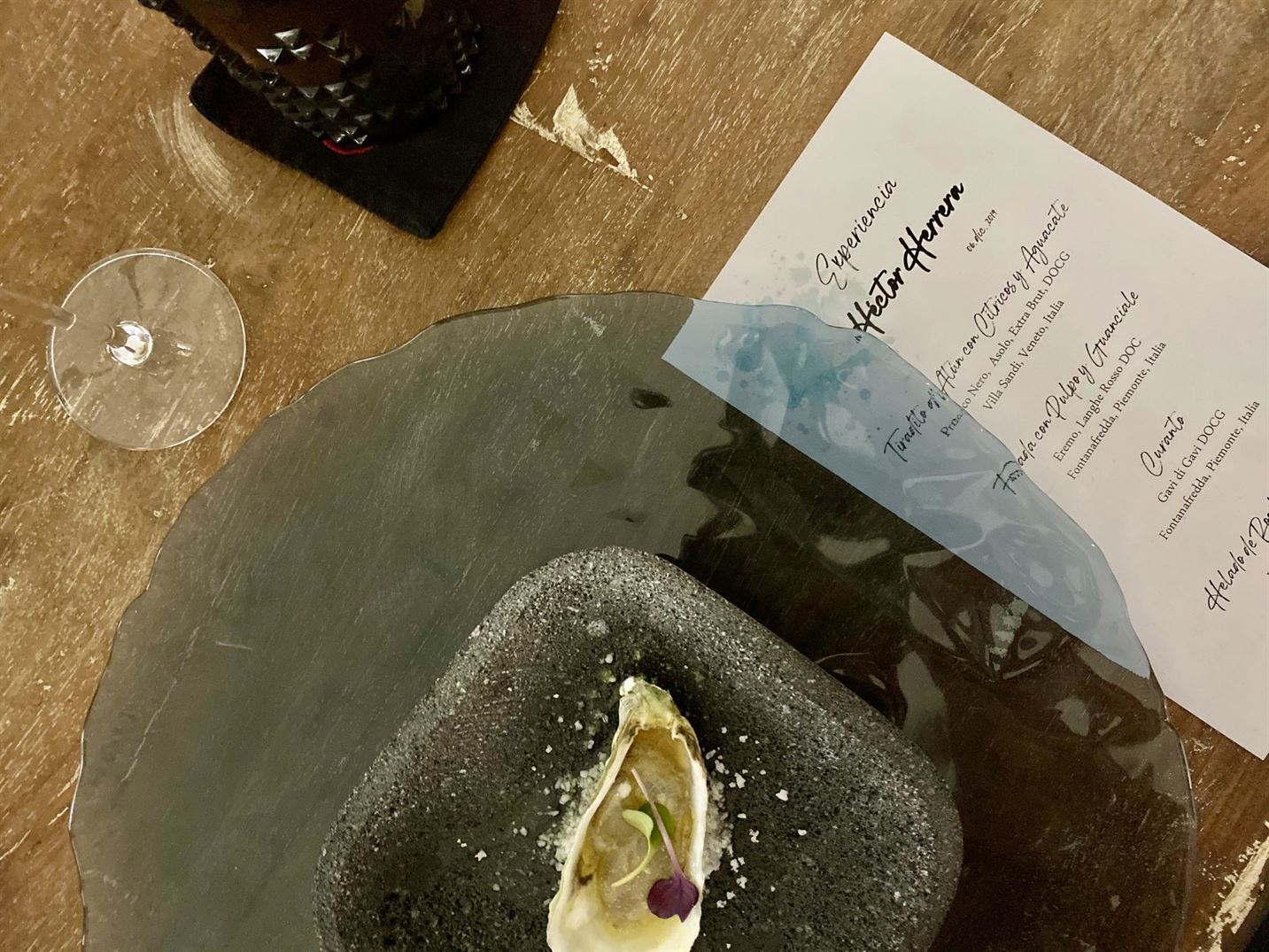 From the white big walls‘ paintings were displayed, as well as three hearts — one large and two smalls —that welcomed us to The Wine Bar by Romeo and Julieta.

The music softly in the background, mixed between the conversation of those who had just arrived, and greetings we realized that the group of attendees had been carefully selected. 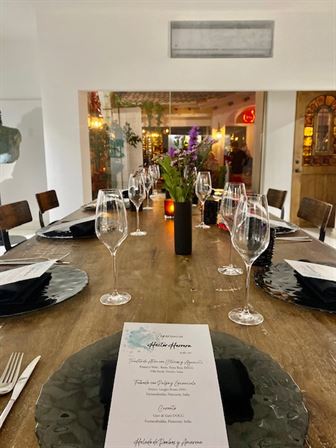 But who were they? Shortly after, we learned that each of us worked in different sectors, from architecture and interior design to real estate, timeshare, doctors, accountant, and few journalists of course.

This small gathering of 10 people was headed by the author of the hearts and pictures. By the end of the night, we felt we already knew this artist from long ago. Hector Herrera, an artist originally from Ensenada and lover of the South Californian territory, welcomed us with a pleasant greeting and open arms to enjoy what would be an incredible evening. 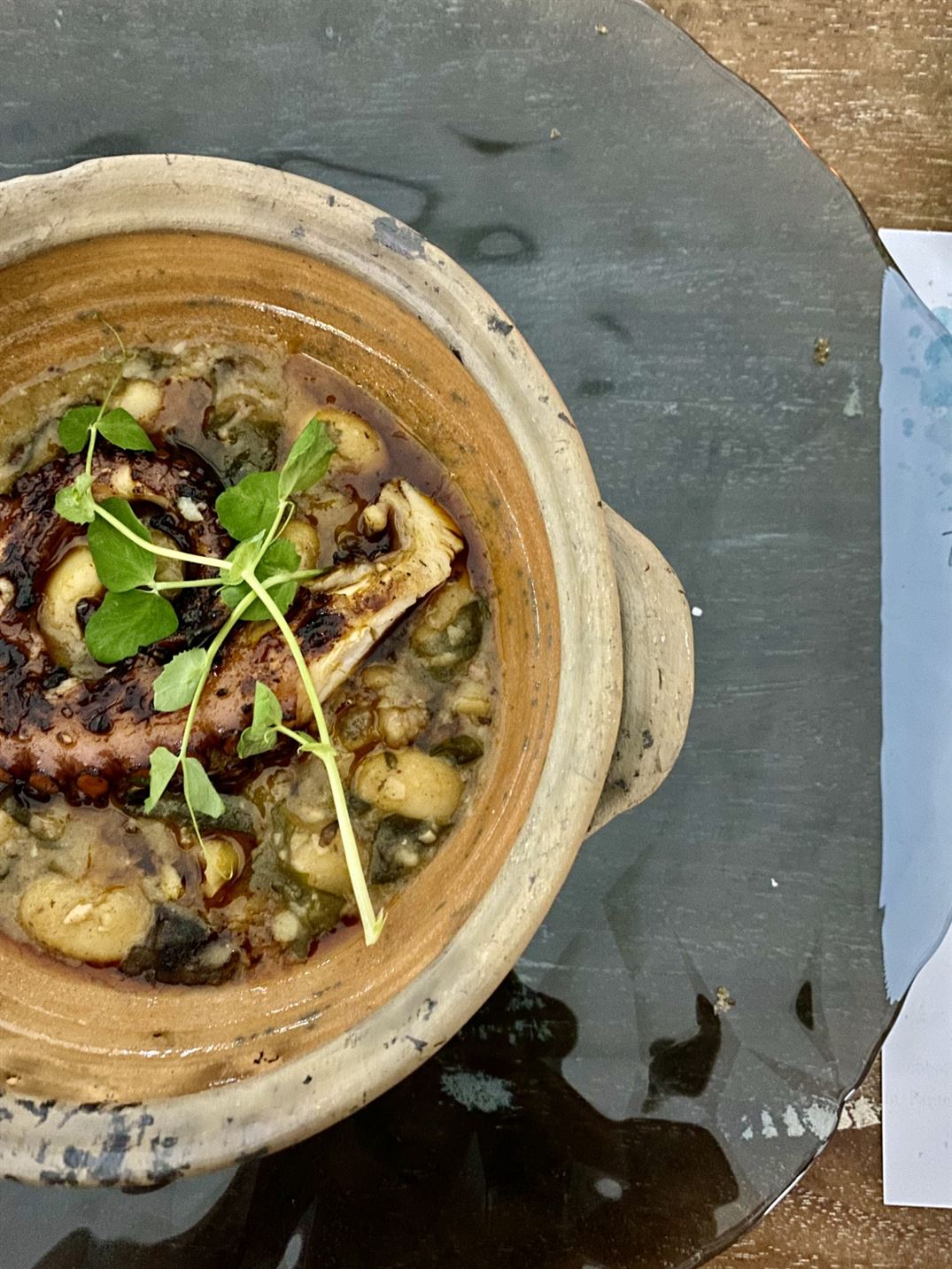 The Wine Bar Heritage is an original proposal that invites you to visit on a Friday night to taste the cocktails of the bar. The atmosphere’s ideal to sit with friends, your partner or family and under the warm light, with talks and some laughs.

Therefore, The Wine Bar decided to create this new experience, cultural networking, every two months that allows us to connect, between cocktails, and dishes, between different points of view and talks, between friends and strangers.

That was what happened on Friday night, when the small group sat down with Hector to talk about his work, his love for Ensenada and the sea, passion for the paintings he has done for Rancho San Lucas, and the exhibition that now paraded before our eyes.

The menu, on the other hand, played an important role. The dishes, created by Alberto Collarte, Christian Ricci, Matias Forte, and Allan Kallen’s, allowed us to taste unique creations. 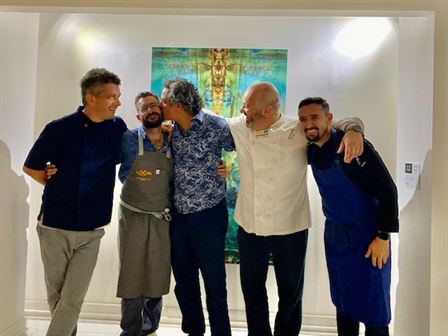 Each dish was paired by a different wine from a special region, such as Eremo, Langhe Rosso DOCG of Fontana Fredda, Piemonte, Italy, which made the flavor explode in your mouth. 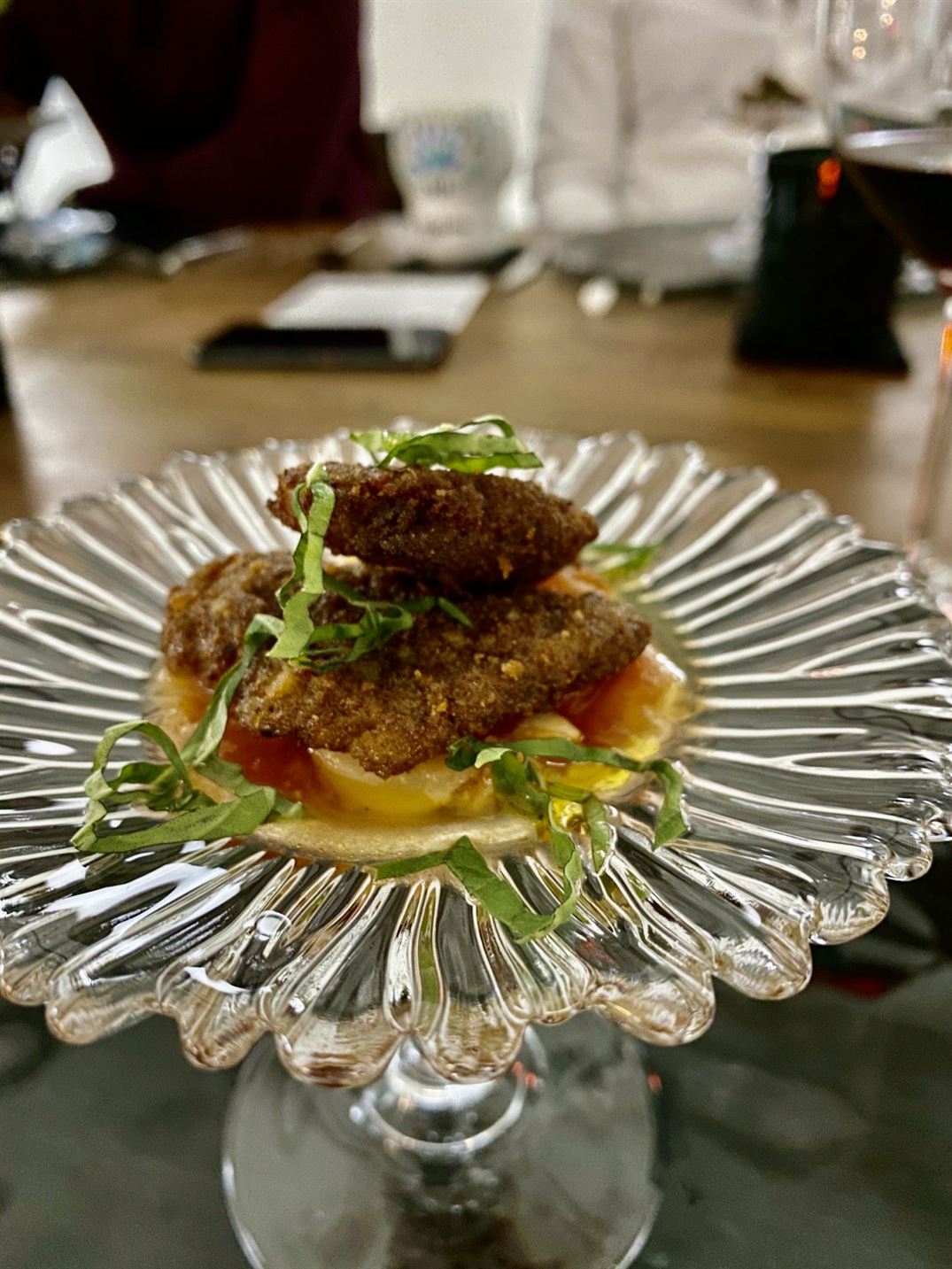 The pleasant conversation became an exchange of ideas, thoughts, and emotions. Sometimes some of us agreed and sometimes not so much. The importance of this new experience is to connect with the new acquaintances and, in a way, want to see each other once again.

The topics varied between politics and art, where words like “socialist”, “consumerism”, “Siqueiros” and “Diego Rivera” were used. Hector was a host who made the conversation flow and the glasses sounded with “cheers!”, which created special networking among those present and even made everyone exchange their phone numbers.

Was the goal achieved? Yes, it was, because, at the end of the night, strangers had become friends.

The Whale Festival invites you to welcome the amazing... Previous
Regional cuisine in Sabor a Cabo Rural Next