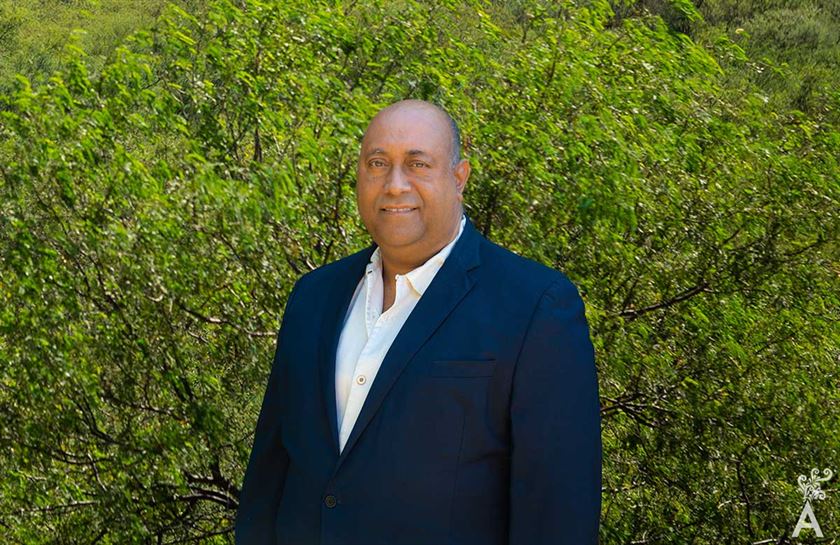 Originally from Rio de Janeiro, Brazil, Renato grew up in the Copacabana tourist area, surrounded by the many languages that make up the world of hospitality. By beginning his career with the Sheraton chain, he had the opportunity to travel and visit different places around the world. Renato has lived in Los Cabos for 12 years and in his spare time enjoys cooking, trying new wines and listening to music.

“The quality of life in Los Cabos is exceptional, although the time it takes to get from one place to another has grown. The climate is spectacular almost 99.9 percent of the year. Getting to know the northern part of the peninsula is on my to-do list. My next travel destinations are Loreto and island of Espiritu Santo.

Los Cabos is not a very large destination, which makes it easy to get to know the place and interact with key people in the industry. I believe that’s why the competition is so strong here. At the same time, there is also an atmosphere of cooperation. We all want to move forward.”

For Renato, it is important to not take the quality of life here for granted and always support the community that has given him so much. He has had the opportunity to preside over various groups and it has been a constant challenge due to the political and public relations component.

“Working in the service industry is inspiring when I make a guest happy. I feel the same when I am part of a work team and consensus is achieved more as a matter of will and participation than simply being part of an organizational chart.”

The recent process for selecting participants at the Culinary Awards and the new model used for qualification are expected to be watershed moments. In spite of the disruption caused by the recent events, I think we are not far from achieving the ideal formula. The expansion and acceptance by restaurants in Todos Santos and La Paz are proof of it.”

Renato has managed to develop events that have become representative of the community, like Queso, Pan & Vino, The Paellas Festival and the Culinary Awards. They are not only fun, some of them help support different institutions. His involvement has become his grain of sand in this destination.

My first memory is as general manager of the Sheraton. I used ads in Tendencia to publicize the different restaurants.

In the first instance, the commercials. Later, as president of the Hotel Association, the video service and website updates to document the previous association presidents. For me, it was important to publicize the work behind the appointments and Tendencia knows how to capture the stories.

Why did you decide to hire Tendencia as a partner company?

Specifically, the Culinary Awards. I had the idea of ​​a culinary guide to the destination and, of course, I thought of Tendencia because of the image it projects. The magazine is the face of Mexico but, at same time, speaks to international visitors. That connection between both parties was the key to approaching Tendencia. They have made an excellent team with PR Solutions.

What has this labor alliance meant to you?

It has been a very interesting experience. The second Culinary Gala event at Grand Velas is a fond memory. It was amazing, elegant and professional. Being able to see the idea materialize, watching the enthusiasm on the faces of the businesspeople and, of course, the awarding of the now iconic statuette gave the event a unique personality. It was very exciting.

Which business values do you see in Tendencia?

There are several magazines in the destination, but unlike the others, Tendencia represents the soul of Mexico. The interviews are very interesting, and the image, layout and content add extra value to the product.