A boom in Japanese cuisine in Los Cabos 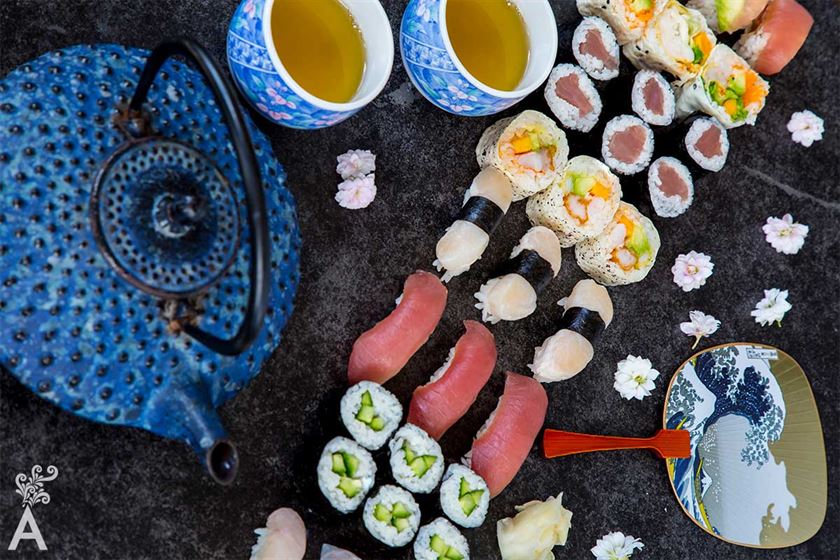 Beyond sushi and the usual flavors that are part of Japanese cuisine, globalization has made dishes available that we didn’t even know existed. As a result, cultural alliances have been forged that have exposed us to new tastes such as umami, a true surprise for the senses.

Experts and amateur foodies alike appreciate the fearless way Japanese cuisine has approached the challenge of raw and semi-raw creations.

Society has accepted this challenge with gusto. The combination of sweet and sour and a variety of new flavors have created one of the most important kitchens in the world today. At the same time, we ask: “At what point did Japanese cuisine become so popular?”

Twenty years ago, Japanese cuisine was unknown to most and was mainly reserved for cosmopolitan palates. The exotic ingredients and the idea of eating raw food scared us.

However, the magic reached the five continents and little by little, fear became reverence. It was a type of revolution. Suddenly, we had restaurant names like Matsuhisa by chef Nobu Matsuhisa in California, and Nicksan by chef Angel Carbajal in Los Cabos who works under the mentorship of his friend and partner, Masayuki Niikura.

In order to take traditional Japanese cuisine and give it a unique touch, these two chefs decided to merge flavors and unite cultures. The first was to fuse Japanese with Peruvian. The second was Japanese and Mexican. The result? It is very difficult to describe in words.

Nobu opened its doors in New York in 1994. About that time, Nicksan opened in Cabo San Lucas with something similar. The end result was a boom in Japanese cuisine.

The revolution in gastronomy reminds us that chefs are always reinventing themselves and discovering flavors so complex they are oftentimes a surprise even to them. A revelation occurs between the chef’s hands and the moment the creation is tasted by the toughest of critics – diners.

Creativity has become an integral part of who they are. Without it, Japanese cuisine as we know it would not exist.

The stars joined in unison and the planets aligned. It was time for an explosion of flavor, something unimaginable presented to us that made us believe we needed a Japanese dish every day. Without it, what is life?

The seductive flavors of sweet, sour, and spices gave birth to umami, the fifth sense of taste.

From that point on, those dishes have made history. The kitchen changed and established a new culture that took on a life of its own. It revealed a sophistication of clean flavors that were hiding in many ingredients, and a simplicity that, in turn, became complex.

Transformative Japanese cuisine welcomes new styles of cooking and, in a way, returns us to our origins. We have developed a smarter palate that enjoys the pleasures of each ingredient. Very little is needed to start salivating because the structure is so innocent, so fresh that only two products are required to become a work of art.

At present, fish is the delicacy of the gods, and the method of filleting is as important as the presentation of the final dish. Names like maguro, shake, unagui, kani and ebi came to light. They became a way of educating the palate.

How did we learn to refine our taste and accept sushi?

Interestingly, sushi was sold as street food in Japan in the early 8th century and is said to have arrived in the United States in the late 1960s. But it was not until the 1990s that the number of restaurants increased on a large scale.

Borders were broken and a study by the Ministry of Agriculture, Forestry and Fisheries revealed that in July 2015 there were 89,000 Japanese restaurants around the globe. Not only that, the study found that two of the world’s most popular dishes were sushi and sashimi.

Today, we cannot imagine life without Japanese cuisine. What would we do without dishes that allow us to experience umami and that remind us of the importance of combining cultures, such as Mexican and Japanese? In Los Cabos, that cuisine  translates to Nicksan.