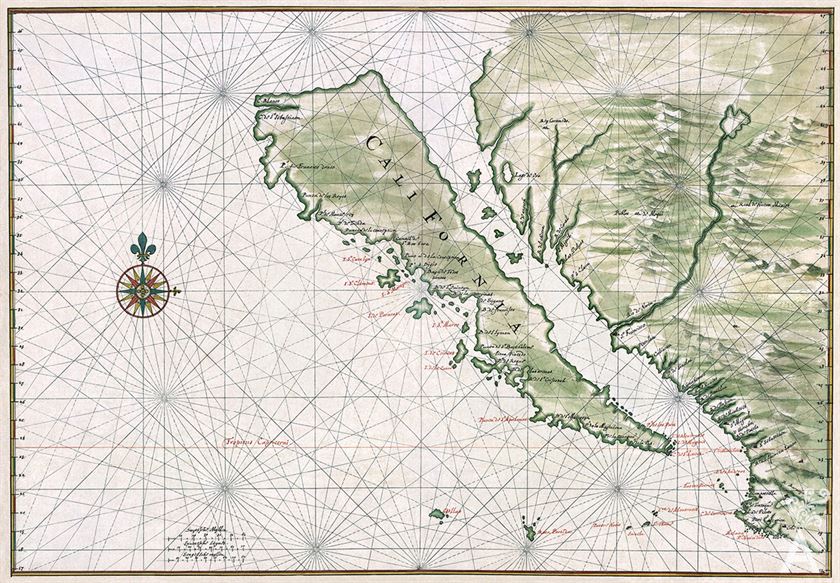 Driven by those gentle waves, the sloop “The Triumph of the Santa Cruz” arrived on November 4, 1720. This landing was totally different from the others. It was not a galleon manned by armed soldiers. It was just a sloop. Yes, a sloop bringing soldiers but only those necessary to support the Jesuits who, dressed in their rough habits and wearing crude sandals, carried the cross and the statue of the Virgin of Pilar de La Paz.

The sloop was an immense achievement. It was built by tenacious men on the beaches of Santa Rosalia de Mulege in 1719 under the direction of Father Juan de Ugarte. It was constructed entirely of wood from the mountains near Loreto. The location later became home to the Mission of Guadalupe, the name that was given to the surrounding mountain range.

The turbulent reaction by the natives due to the loss of their freedom and their absolute ownership of everything, led to the end of the Our Lady of La Paz mission some twenty years later. Again, the coasts and the mountains were deserted, but not for long.

About that time, the port of La Paz was established. It was a port with a strong lineage, full of history, different from all others. The new inhabitants were forged in a culture of overcoming: overcoming adversity, overcoming remoteness, overcoming the challenge of the desert, overcoming the mountains and ignoring the rain. Nothing was easy, only by working together were they able to make progress.

The voice of the Aripa is lost like an echo over the sea. Today, Airapi is La Paz.

By the end of the first three decades of the 19th century, La Paz was established as a port and capital of Baja California. The influx of ships increased in the bay bringing goods of all kinds, especially to families from both the interior of the country and foreigners. Many families came in search of prosperity and settled in the young city. They started all kinds of shops and businesses, but most importantly, they established close ties of friendship that formed new families and with it, fused races and customs.

Trade flourished. The pearl armies circled the waters and regional products accumulated waiting to cross the sea to the counter coast where they were so coveted. Precious metals, pearls and mother-of-pearl filled the ships. Everything was prosperous.

Unfortunately, the ups and downs of political events in the first half of the 20th century fractured the port’s economy. However, it did not dampen the spirit of the people of La Paz. They started again and enjoyed a new boom in trade for several decades.