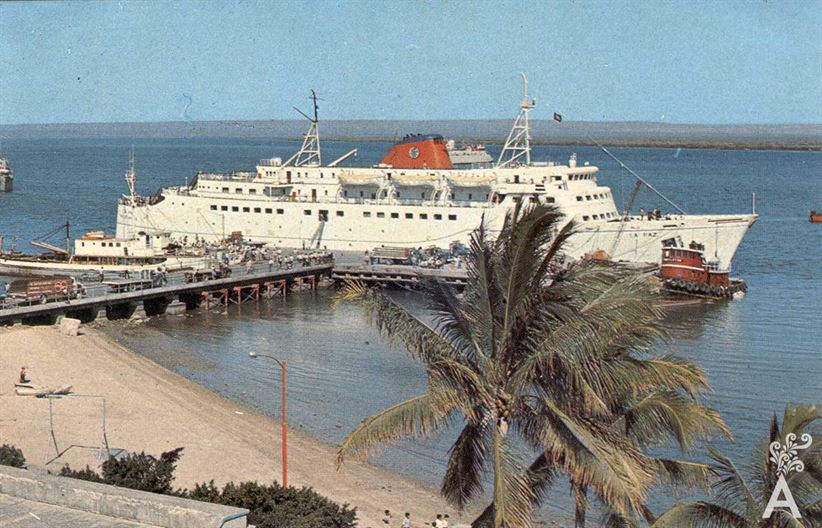 The native cactus of Baja California Sur are peculiar plants. They develop a symbiotic relationship with their environment, existing in wild landscapes with scarce rain. They are even capable of growing on rocks. After many years, they majestically spread their “arms” and appear as warning sentinels on the horizon. The last part of the description serves as a metaphor that does not differ greatly from the economic evolution of the peninsula over the span of the nineteenth to twenty-first centuries.

In many ways, the case of Baja California Sur is different from others that occurred in the country. For example, it had its own rhythm of regional development due to a long period of existing on the outskirts with geographic isolation and a low population density. There were few means of transportation; a great distance from the center of power (Preciado, 2005); a society that did not fully participate in the industrial revolution of the 19th century (Cerutti, 1992); production that was oriented abroad (Bassols, 2000); a tertiary sector that was established in the latter part of the 20th century; and, tourism that has only recently become a dynamic activity and now represents great challenges.

The Jesuit evangelization of the Baja California peninsula brought about the first missions, the establishment of civilian settlements, the opening of the first roads and the development of some forms of agriculture and livestock. Regarding the emergence of private activities, these appeared within the missions themselves, and that was long before the evangelization period came to an end. As a result, a group of individuals emerged (former soldiers of the presidios) who dedicated themselves to the pearl fishery, later to mining and later still to agricultural activities. Over time, more settlers arrived in California with the intention of joining such companies, eventually paving the way for the first civilian settlements on the peninsula.

The Friends of Jesus had instituted a prohibition against the exploitation for profirt of regional wealth on the California peninsula. However, it took no time for that rule to be broken. According to recent historiography, the most studied case is that of Manuel de Ocio, a Spanish soldier who resigned from his post. He later established a force that allowed him to acquire land and mines. As a result, he possibly became the pioneer of private activities in the region.

From 1874 to 1884, the pearl fishery was significantly transformed by the introduction of new technologies and became a large-scale business. From 1884 to 1910, the businesses turned into monopolies when large companies obtained lease contracts from the federal government.

The discovery of silver veins gave way to the emergence of mining, although the first phase was very rudimentary. Beginning in 1860, important changes occured in the extraction industry. On the one hand, there was the formation of mining companies with investments of national and foreign capital. On the other hand, there were changes that considerably modified mining. Most of the mining had taken place up to then in the towns of San Antonio and El Triunfo.

El Triunfo was the most symbolic. Located less than 30 miles from La Paz, the capital of the municipality, the historic town was a well known contributor to the economic development of Baja California Sur in the 19th century.

Later, during the Porfiriato period, major capital cities appeared and others were established. Among the most relevant national and international companies in the south was El Boleo, a copper company, established in 1885. Among all the mining companies, El Boleo stood out. It was capitalized with French money and received large concessions from the government. In fact, Santa Rosalía owed its existence to mining when Mulegé began to change over the last two decades of the 19th century due to El Boleo. With it came the railroad, the telegraph, electric lights, the telephone, a clock tower and impressive architecture, such as the prefabricated iron church attributed to Gustave Eiffel.

The El Boleo company was created by the House of Rothschild and the Mirabeau Banking Corporation of Paris. On July 7, 1885, a contract from the federal government allowed mining in the District of Santa Agueda.

The geographic characteristics of this land have undoubtedly played a determining role in the historical evolution. From 1860 to 1910, agriculture developed under two models of production: the traditional one that consisted of small orchards, family work, and seasonal crops whose destiny was self-consumption, and the modern model (1890) using wage labor, orchards of greater size, and crop diversification, with the final destination being trade with the counter coast and even the United States of America.

It should be noted that the development of modern agriculture began in 1890. At that time, crops such as sugar cane, grapes and olive trees were emphasized, while fruits, grains, cotton and vegetables were grown in less quantity. Among the crops that supported the manufacturing industry, sugarcane was the agricultural star of the southern peninsula. As for the areas where the unrefined whole cane sugar was produced, the municipalities that stand out were San José del Cabo, Todos Santos and Santiago.

Also, a niche economy appeared in the south of the peninsula in 1930 linked to the export of tomatoes to the United States of America.

Between 1940 and 1950, the National Synarchist Union began a colonization project in the Santo Domingo Valley through a plan orchestrated from the center of the country and within the framework of the national policy of development of the agricultural sector in the northwest región.

During the first half of the 19th century, Baja California experienced changes in the economic and political landscapes. The increase in population, the development of private enterprises, the installation of regional trade rights and elevated trade activity contributed to the formation of a new market that finally achieved the economic insertion of the peninsula into to the rest of the Republic.

In this context, the arrival of families began to develop the private sector by taking advantage of land grants and concessions for the exploitation of regional resources. This fostered an internal market that could be controlled by not having large competitors.

During the 19th century, powerful groups began to form in the region, especially in the most important towns. At least three have been identified. The first was formed by ranchers and miners from San Antonio and San José del Cabo. The second group was made up of military personnel from Loreto, the capital at the time. Third was a nascent group made up of merchants from the port of La Paz.

The connection with foreigners provided an idea of ​​how trade created the maritime routes and the type of goods that flowed back and forth. For example, during the Porfiriato period the installation of trade rights and routes was extremely important (it allowed the connection with other markets), not only for bringing in goods but also for transporting them to new latitudes. In subsequent decades, the connection was for tourism.

The most profitable period for trade in modern times began in 1970 and was known as the “fayuquero boom,” or, traveling saleman boom. Some of the most significant changes occurred around the regulations promoting industrialization in the border areas and free trade zones. The changes facilitated the sale of merchandise to the interior of the republic, granted import permits, subsidized import taxes and provided other advantages (Martínez, 2002). In addition, the modification of the free trade zone in 1971 was especially beneficial to the region’s merchant elite.

The current situation has generated various changes in all countries, particularly in regions and localities connected to international markets. Baja California Sur has undergone changes at the local level in recent decades that have followed the global lead, as well as the emergence of new economic, social and political participants.

In the 20th century, significant changes to the economic framework were made to facilitate modernization. For example, improvements in the roads between the main towns; new infrastructure in both air (La Paz International Airport) and maritime transportation (La Paz-Mazatlán Ferry Route); numerous electrical lines were installed; new government bodies emerged to support economic development; and finally, agriculture was strongly promoted in the Santo Domingo Valley, specifically in support of cotton. In summary, the face of the region from this time on was of diversified economic activities, growing trade supported by the Tariff Free Trade Zone, and expanding tourism.

This article began with the description of the huge BCS cactus that provide multiple resources and adapt to a setting that seems wild and inhospitable. There is a similarity between these plants and the evolution of the peninsula’s economic activities. Both have managed to inhabit the desert landscape, turn scarcity into an advantage, and establish a symbiotic relationship with the surrounding environment.