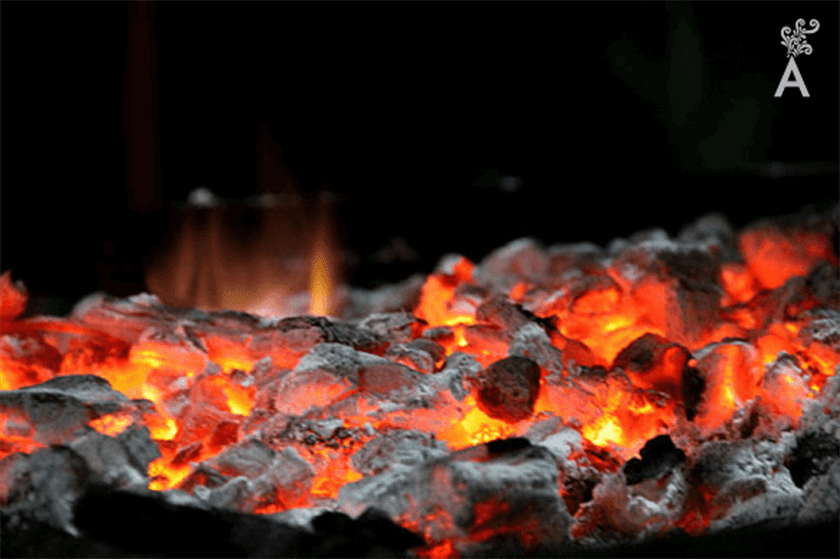 We floated. Three divers at the mouth of the narrow cove called Los Lobos, near the magical town of Todos Santos. The waves of the Pacific Ocean thundered against the stone monoliths of the coast, with us tossing on their foamy spines. Down below, ten fathoms away, a chubby shadow came out of a cave and studied us attentively, his mouth wide and his rounded fins moving rhythmicaly. “A garropa!” said the Meño, gasping to get some air, then submerging. When the other man and I descended, El Meno had already harpooned the fish through one eye. He tugged it to the surface by the cord.

Under a hundred-year-old mango tree, wrapped in banana and palm leaves, we lay mesquite coals on our 60-kilo prey that we had filled with as many vegetables and aromatic leaves as we could find.
We were in the middle of stripping this delicacy of his mortuary clothes and enormous scales when, attracted by the aroma, came Hutchinson, a New Zealand biologist who had fled his town from who knows what troubles. “Ep, ep! Do not touch it …!” he cried, pouncing on the lump and pulling us away to examine the animal closely. A few seconds later, with wild eyes, he exclaimed: “It is a coelacanth, a Coe-la-canth… It has not changed in 800 million years… a living fossil!”
“And?” El Meño asked, moving him gently to the side to place a fish cheek on his tortilla and make a taco. He gently grabbed at the respectable prehistoric beast.

The others followed, enthusiastic, and ending up forcing Hutchinson, between complicit shoves, whining and laughter, to sink his teeth into his scientific rediscovery.

Years later, we would learn there was a 50 thousand dollar reward for finding that animal. For its exquisite flavor, it was certainly worth it.