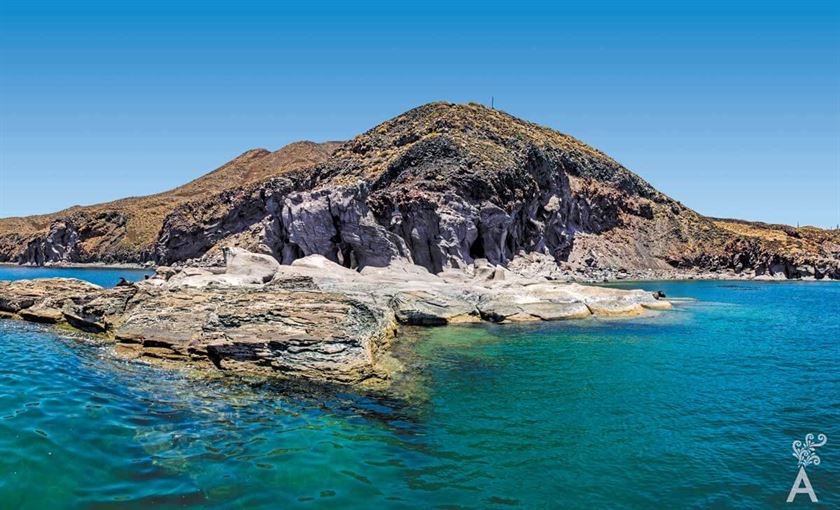 Nature, in its purest state, has always aroused the admiration and curiosity of human beings. The product of a millions years of evolution, we are mere spectators of a world that we still do not understand. It is a world that gives us unrepeatable landscapes with mountains and valleys sculpted over time by climatic phenomena that creates unique horizons inhabited by a balance of wonderful, delicate species.

The sun, distant director of this great spectacle, sends us soft rays of light that nuance the colors and gradually change the way we perceive each scene, generating changing landscapes each second of the day. No sunset is the same.

[two_first] Cold shades in different blues with pink flashes get lost in the sea and change to warm oranges and yellows in a blink before our luminous star disappears into the sea, saying goodbye for just a few hours to return and give us new scenarios in an endless cycle.
[/two_first][two_second]
[/two_second]

From the seashore, a bay, navigating the Sea of Cortez or the tranquil waters of the Pacific, the landscapes expect to be discovered in their capricious metamorphosis. The rocks come alive and unite as proud protagonists in the passage of time, attracting attention to their sensual figure that, instead separating the earth from the sky, are desirous of framing the horizon like the thread that passes through the eye of a needle. Where the land ends, where the sky joins the sea, where the rocks become the stage, where the sea has carved a silent arch to frame itself, where Los Cabos stands in the world.

While California was dazzled by the Gold Rush, Bayard Taylor traveled more than three thousand miles from New York and across Panama to discover the changing modern societies built around wealth. Amazed by a horizon of sculptural beauty, he subtly described the amazing skyline of Los Cabos through its shapes and colors.

[two_first]
[/two_first][two_second] El dorado, or Adventures on the Path of Empire is a masterful piece of travel literature that describes the wonders of our country in the 19th Century. It is filled with astonishment of the lands damaged by the wars between changing groups that diminished both the richness and the landscape of our country. A chronicle that must be read to understand our Mexico of yesteryear and to fall in love with its beauty through poetic, but simple lines.
[/two_second]

“…looking out the window, I watched the purple mountains of the Peninsula, as they rose in the fresh, inspiring air. […] The whole country appeared to be a mass of nearly naked rock, nourishing only a few cacti and some stunted shrubs. At the extreme end of the Peninsula the valley of San Jose opens inland between two ranges of lofty granite mountains. Its beautiful green level, several miles in width, stretched back as far as the eye could reach.   […] Lying deep amid the most frightfully barren and rugged mountains I ever saw, the valley of San Jose, which is watered by a small river, might be made a paradise. The scenery around it corresponded strikingly with descriptions of Syria and Palestine.

The bare, yellow crags glowed in the sun with dazzling intensity, and a chain of splintered peaks in the distance wore the softest shade of violet. Despite the forbidding appearance of the coast, a more peculiar and interesting picture than it gave can hardly be found in the Pacific. Cabo San Lucas, which we passed toward evening, is a bold bluff of native granite, broken into isolated rocks at its points, which present the appearance of three distinct and perfectly formed pyramids. The white, glistening rock is pierced at its base by hollow caverns and arches, some of which are fifteen or twenty feet high, giving glimpses of the ocean beyond. The structure of this cape is very similar to that of the Needles on the Isle of Wight.” (Bayard Taylor, “Eldorado, or Adventures on the Path of Empire”)

166 years after Bayard Taylor’s passed by Los Cabos, the stage of the bay has not changed but now lives with the human hand. A series of buildings lie in the bay between the sea and the mountains, providing comfortable lodging both to enjoy the unique scenery and to become part of it… a horizon full of life that combines millions of years of transformation with just a sigh of our life, competing with nature itself and trying to be part of a universe in which we want to leave an indelible mark and thus achieve our immortality.

Living with the context or generating contrasting spaces, the architecture that is now part of the landscape will be judged in 166 years. It is then we will know if we reached the most avid desire of the human being and remain in the memory of this world that surrounds us, or are dead in silence and oblivion.