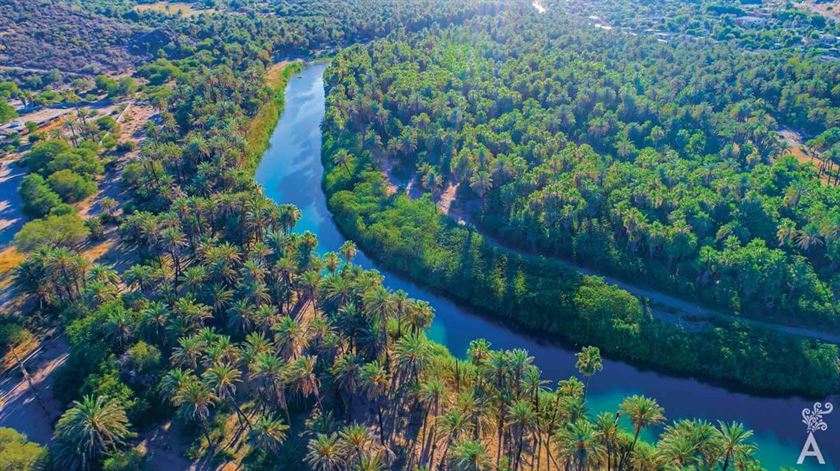 A story of imagination and reality

One summer morning, in a place called Piedras Pintas near the town of Mulege in the mountainous area of the Sierra de Guadalupe, a group of men of Californian origin was preparing to leave in search of food.

Guayaquil, the youth leader, was about to leave the camp. He was finishing a petroglyph with the figure of a mantarraya, which two days earlier he had captured in the waters of the Sea of Cortez, very close to the mouth of the fresh waters they had given the name the Oasis of Mulege.

Guayaquil felt someone approaching him and stopped working the stone. It was the elder of the tribe, Makenamba (father). “Malu, how are you on this day?”

“Good, son Guayaquil,” answered Malu. “Happy to note that this territory was a source of pride for the tribe. My makenambas also walked through these lands, he thought. I remember that, as a child, there were already many stones with figures of the most important things in life.”

Father Malu tells Guayaquil, “You see that kotajua (carved stone), the highest one that is beside the torote (typical tree of the desert)?” “Yes father!”

“That is the one I most admired. It was carved by my grandfather. Being small, we sat in the afternoon to see the ibungajua (sun) hide. Because of the position of the mountain, it is possible to see it on the edge of the hill, where we receive shade. It is the last engraving the sunrays touch. That engraving is about the relationship of our group with nature. In it is represented man transformed into a cardon. The cardon man.”

“Makenamba Malu,” says Guayaquil, “last year we returned from the Sierra de San Francisquito by the Santa Martha Canyon. In the caves of Palmarito, next to the great Oasis of San Ignacio, we observed a shaman of a tribe who retouched a painting of a cardon man, but this one was painted in half with two colors. Why was that?”

“Son, the cardones are the custodians of nature, the absolute owners of the place where they live. For us, that is what they mean. The cardon is the tree of dryness. It helps man because the entire interior is a reservoir of water. Its spines create nocturnal drops that surface roots absorb. The cardones have much for humans. That is why people are inspired by them.”

“Cactus are warriors of my land

That take by assault the slopes …

The cardon watch the horizon

That draws the twilight of the sky

Scattered broken on the ground

While watching the stillness of the mountain “

Makenamba Malu continues, “My ancestors have expressed various positions on the cardón man but, in the end, Guayaquil, the colors represent the army of cardones that protect seas and mountains. Art is associated with beliefs, and incorporates hunting, magic, renewal of life and a deep view of the world.

Nearby Piedras Pintas is La Trinidad, an area of important paintings. On the channel of a stream is a richness of rock art. It is not known by all of us. However, in those places vestiges of our ancestors are also found.

On the other hand, Guayaquil, further north is the San Borjita Cave. Wonderful! San Borjita is a cave in this great scented soil, with an infinite amount of paintings and petroglyphs that show us diverse rites from fertility to men hunting deer and other animals. The paintings of the Cave of San Borjita are undoubtedly the oldest in the region. Approximately 7,500 years old. That is, they were created around 5400 BC.
[/two_first][two_second]
[/two_second]

Well, son, the artistic vestiges are associated with our creeds. They incorporate hunting, magic, spells and charms, the transformation of life and a deep perspective of the world.

This scented soil holds enormous mysteries and art manifests a lived reality. It is a product of absolute fidelity to the world of the senses… I wait for you on the next moon, in the Kotajua of the cardon man, when the Ibunguaja has the last hours of light.”

The location where this story took place is in the northern part of the State of Baja California Sur, in the Sierra de Guadalupe, a few kilometers from Mulege. The rock art sites are a reality that every explorer can discover in this Scented Soil that holds huge secrets.

The Sierra de Guadalupe and specially, Piedras Pintas, La Trinidad and La Cueva de San Borjita are ideal spaces to feed and perfume the spirit. If you decide before or after going on these tours to immerse yourself in a treasure trove of stories, you can be inspired by reading The Other Mexico by Fernando Jordan, Transpeninsular Road by Ulises Irigoyen, or books by Earle Stanley Gardner, Baegert, Steinbeck, or Clavijero. They were bold explorers who have contributed to the formation of the myth of Sudcalifornia.

On the other hand, South American writers such as Jesus Castro Agundez in his book, Patria Chica (1957), or Pablo L. Martinez with History of Baja California Sur (1956), will help you discover the splendid places of this charming Scented Soil.

Previous articleConnect with Nature
Next articleAstronomy in Baja California Sur