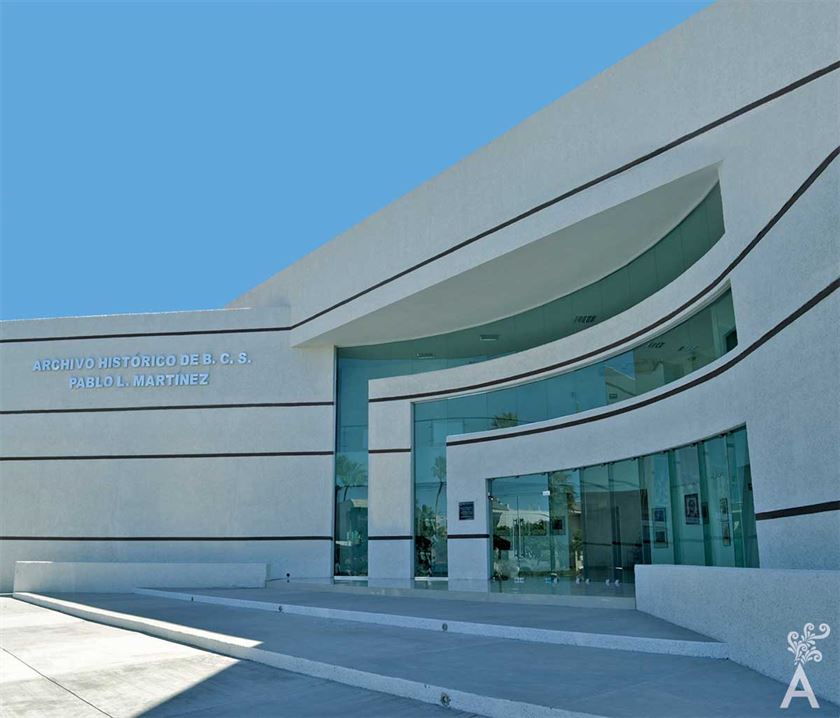 In the late 1970s, Dr. Miguel Leon-Portilla decided to go to Baja California Sur. While in La Paz, he gave two lectures on Californian history. It was then that, as director of the Institute of Historical Research of UNAM, he questioned the whereabouts of the institute’s historical files.

After a moment of confusion, when others asked the same question, someone said there was a room full of old papers on the roof of the prison. We went there accompanied by the director of Acción Social, Professor Armando Trasviña Taylor and his collaborator, Eligio Moises Coronado. Upon arriving at the prison in the Sobarzo building, we were assigned a trusted prisoner who led us to what was called the fourth room. We entered with him and saw dozens of files in a pile, some of them sprinkled with blood.

One of the prisoners explained to our amazement that it was customary to interrogate prisoners in the fourth room, sometimes with punches that made them bleed from the nose. The poor, not having anything to clean themselves with, used those papers.

Miguel Leon Portilla was able to speak with Governor Hugo Cervantes del Río who listened and gladly accepted a proposal that a representative from the university send two people to locate, rescue and organize the newly discovered archive.

The two commissioned investigators were in charge of relocating the archive in a part of the Casa de la Cultura de La Paz, located at 5 de Mayo and Belisario Domínguez streets. They also undertook the task of training the personnel who were in charge of attending to the new repository, which was dedicated on May 9, 1969 by Governor Cervantes del Río inside the House of Culture.

After the prison was closed, the building was changed to what is now on Meliton Albañez and Antonio Navarro streets. The top floor was shared with the General State Archive.

In 1986, the archive was moved to a space in the front section of the City Theater with the name of the South Californian historian Pablo L. Martinez.

And in 2014, a building of its own was constructed on the same premises as the Jesús Castro Agundez Cultural Unit on Ignacio Manuel Altamirano street.