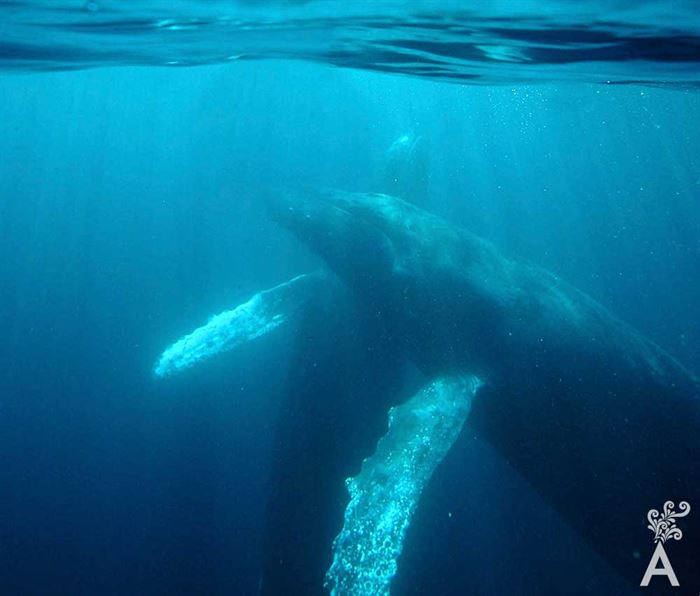 The Pericu, who once inhabited the Baja Peninsula from Cabo San Lucas to Todos Santos, had a unique explanation for the existence of whales in the world. It was a legend handed down through the generations by word-of-mouth. It was finally documented by missionaries and authors.

The Pericu told of a battle held in heaven, the home of Niparaja, the Lord of Life and creator of all things, who lived with his wife, Anajicanndi, and their three children.

Niparaja’s eternal enemy was Waac Tuparan. He lived for one thing: to destroy Niparaja. Waac Turapan´s hatred of Niparaja was so intense he could not sleep. It was as hot as a stone under a scorching sun, and as painful as a thorn buried in his flesh. There was only one-way to cool the heat and relieve the pain – war.

The Lord of Life and the Lord of War had many battles. After the most vicious of them all, Niparaja stood victorious, but only a few inhabitants of heaven survived to sing of his courage.

The chronicles of Porte and Casante tell us that countless rituals were performed to remember the exploits of the Lord of Life. The story ends like this.

“In the end, Niparaja defeated him, removed all the pitayas, threw him out from the sky and locked him in a cave. Then he made whales in the sea to frighten Waac Tuparan who could not leave that place… and seven whales were created to be his guards, in this way the Lord of War, Waac Tuparan would live eternally as a prisoner.”

The Pericu believed protecting the universe from the savagery of Waac Tuparan is why it is extremely important to take care of these wonderful animals. If they disappeared from the face of the earth, who would protect our peace?