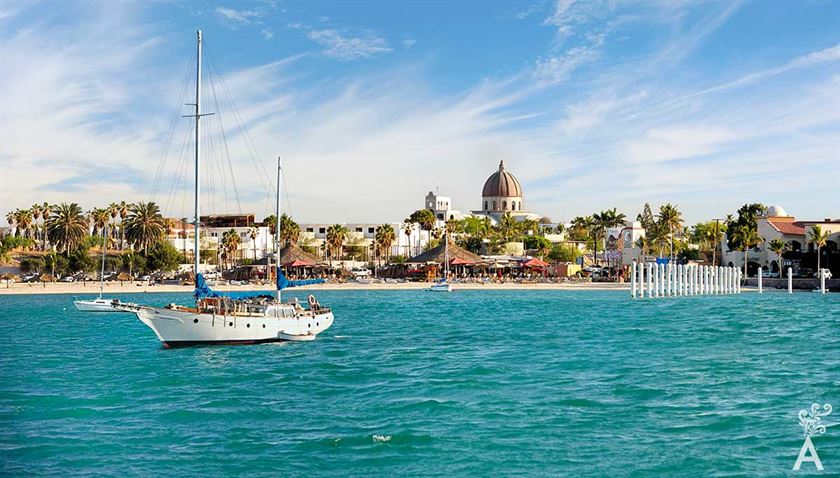 Do not be surprised if for her I cheer, this is my hometown, the land where I was born, and where I met the sunlight! Salvador Novo

Urban tourism in Latin America today is essentially manifested in specific geographical areas such as historic centers, and old buildings and living quarters that have become spaces visited by tourists who go there to appreciate the unforgettable mark of the past. It is quite evident that urban tourism is rapidly expanding in contrast to other tourist segments (Judd and Fainstein, 1999).

Due to its environmental abundance, unique architecture, diverse cuisine, and other extraordinary resources, the Baja California Sur peninsula has been a traditonal destination that has opened its doors to tourism over the last century. The city of La Paz, known as “the pearl of the Gulf,” is no stranger to this tradition. In addition to a destination full of sun, beaches and sand, La Paz also shows off the heart of the city with a historic town center and urban tourism.

The historic center was established in the 19th century. It may not be as old as other regal cities along the edge of the continent, but La Paz has preserved buildings that constitute the cultural heritage and that are kept as vestiges of the past.

“The ancient area of a city constitutes its historic space par excellence and it is, to a large extent, the collective memory of the society who inhabited it, being an authentic book from where the vestiges of the past reveal the history of the city and its people.” (Levy, 1987)

The arrival of the first inhabitants in the city of La Paz dates from 1811, when José Espinoza (a former soldier who worked the San Antonio mine) was granted the site for the task of monitoring the ship traffic arriving at the port. From that point on, a second phase that was commercial in nature was created. In a similar manner, more colonists arrived precisely because they were granted more sites. In an accurate description of this period, it was reported that the “physical characteristics of the port, a mild weather […], the rich pleasures of pearls and its proximity to the mine district of San Antonio encouraged progress in the city.” (Castorena 2004:170)

As the 19th century came to a close, the cityscape began to transform as the maritime trade expanded. The region was located on the route of foreign ships that came from the East and from South America, heading to Mexican ports in the Pacific (Trejo, 2002).

With the construction of a jetty, other commercial, administrative, educational, religious, and even recreational buildings followed. That development gave La Paz a connection to global markets and eliminated the perception of it being a remote destination. Such facts match the definition provided by UNESCO: “The whole of tangible and intangible goods constituting the heritage of a human group, and such cultural manifestations that take part in our identity and memory, without distinction of its historic and stylistic period, and that it also distinguishes us from other cultures due to our own expressions.” (UNESCO, 1994)

Parallel to urban tourism, which was previously mentioned as increasing over the last few years, is an effort by the academy for the conservation of the cultural heritage. The role of the Urban History Documentation Center (cedohu UABCS), and a link with young students, has developed history tours within the city’s historic center.

The Historic Center of La Paz provides visitors with a dialogue between the past and the present, between the local and the global, and between the ancestors and the current generations. The background of these spaces through time, allows us to forge an identity that can be appreciated by visitors and that can create a harmonious bridge between the city and the tourist.

Previous articleLa Paz, inspiration for the seventh art
Next articleAdventure between the desert and the sea