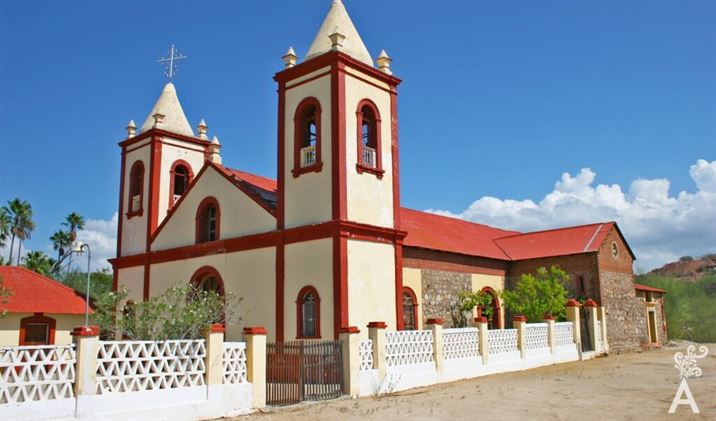 El Triunfo de la Santa Cruz (The Triumph of Saint Cruz) is the name given to the first mine in the region we now know simply as El Triunfo. The enthusiastic name comes from a member of the Spanish military, Manuel de Ocio, who in the mid-eighteenth century, received a concession from the Spanish crown for the mining of minerals in the southern peninsula.

Over the ensuing years, investors came to the village from around the world. The English and French were attracted by the resources, primarily metals such as gold and silver. However, it wasn’t until 1880, during the Porfirist period, that El Triunfo reached its peak.

The main 155 foot high chimney was dubbed La Ramona and built in 1890. The chimney’s design is attributed to Gustav Eiffel who was under contract to the American mining company El Progreso. In time, the industry began to decline and the oven was shut down.

In its day, La Romana was an engineering marvel and the symbol of an economic bonanza. Nearly 130 years later, it is a relic.

La Romana is an important historical structure and emblematic of earlier boom times. As a result, civil groups were given the task of carrying out a restoration project. The project was presented to the community and authorities this past April 23, 2016. The International Community Foundation (ICF) and Historic Corridor CAREM, AC have partnered in collaboration with the ejido El Triunfo to perform the work.

Please join in celebrating this achievement in preserving our historical identity. Travel to this small community of friendly and hospitable people and fall in love with El Triunfo.

El Triunfo Gastronomic Festival was born from the conversation of a group of entrepreneurs and restaurateurs friends, with the purpose of joining efforts to safeguard the community’s identity and its historical buildings. Expect more news of this great event soon!