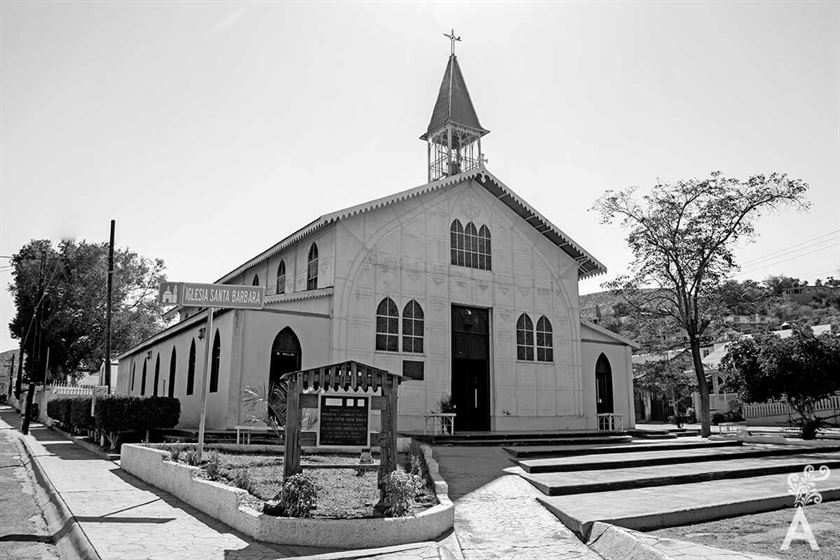 They refused to be heroes

Gathered in an enormous metal shed in Santa Rosalia, representatives of the miners, foundry workers, mechanics, cable car and power plant operators deliberated over the time when strikers would begin picketing the ore chutes, the mines, the train station, the port, the roads, and the workshops. The leaders of two thousand men were determined to improve their wretched wages and unhealthy living conditions and discuss long overdue proposals with the mining company.

[two_first] On a platform that stood a foot or two above the helmets and grimy hats of the workers, Ascasio “El Rojo” offered a brief recounting of the grievances the miners had against the French company since digging had begun in the surrounding hills. He planned to finish his oratory with phrases loaded with courage, and combative slogans already proven in Cananea in the third decade of the current century.
[/two_first][two_second]
[/two_second]

“Are we going to allow such injustice? Did our revolutionary brothers die in vain? Now is the time to confront the foreign capitalists with their iniquities and the brutality with which they treat us! As the generators of wealth, we must fight for a fair wage, for doctors and medicine for our brothers suffering from silicosis! It is time to strike! Let’s exercise our strength!

The angry mass of workers responded to the incendiary speech with shrieks of rage and insults shouted at French foremen and engineers at the mining company, enraged that they had suffered so many iniquities. A man from the public market, infected by the oratory fervor of El Rojo jumped to the podium and demanded the support of the workers and the residents of the village. Enough of the exploitation and bad manners! “This terrible treatment must end once and for all! No retreat from our demands, comrades! To victory!”

Repeated banging on the warehouse entrance interrupted the speaker. Someone opened the gate and a lieutenant entered who, while stroking the handle of his .45 caliber pistol, shouted:

“The governor of the territory, my general Agustin Olachea Aviles, a diplomat of the General Staff and hero of revolutionary battles, demands that you abandon your unpatriotic attitude and leave this illegal meeting with your hands up! Those who do not heed the call will be arrested and taken to the Marias Islands as a warning!”

Utter silence. Not even the agitated breathing of the speakers was audible. Until the brave, heart-felt voice of the man from the public market and the union leader bounced loudly off the gray walls of the enormous gallery:

“Nobody leaves here for any other reason than to install pickets!”

From the outside, the metallic sound of eleven Mauser bolts loading cartridges was heard. It was as if there were three hundred rifles… clack-clack-clack-clack!

A heavy silence fells over the meeting. The first to leave the stage was the leader, who slipped quietly toward the exit with his head sunk between his shoulders and his hands clasped over the nape. Wanting to be invisible, El Rojo and the rest of the conspirators moved in silence, tip-toeing in their rough shoes, each with his gaze locked on the back of the companion’s head that preceded him. Blinded by the midday sun as they crossed the threshold, none them were able to dodge the short jab in the ribs delivered by the impassive soldiers who were “just doing their job.”

Santa Rosalia is a unique and fascinating place with a personality totally different from what one would expect of a town on the sea.

Established in 1885, Santa Rosalia was dependent on the wealth of copper deposits in California’s first and largest mine. The vestiges of the city’s splendid past are still proudly on display.

Also called the Mexican Paris, Santa Rosalia will take you back in time. European influences can be seen in the buildings, doorways, balconies, lanterns and, of course the historic icon, the foundry, called “a boleita.” The original chimneys, freight cars and other pieces of old mining equipment have also been preserved.

[two_first] Inspired by the French style of the 19th century, the historical center contains 31 buildings and was declared a Historical Monument in 1985. Another main attraction is the Church of Santa Bárbara designed by Gustav Eiffel. The church was exhibited in France and Belgium along with the design of the Eiffel Tower. However, the structure was moved to Santa Rosalia in 1897 as a gift to the town by the Minera company.
[/two_first][two_second]
[/two_second]

If you are making your way through the peninsula, this site deserves a close look. Almost every corner contains an excellent photographic opportunity that is only an hour or two away. Take a tour inside the Boleo Bakery founded in 1901 and enjoy a traditional braid filled with caramel. A traditional virote bread roll is another reason to visit Santa Rosalia.

The charm of this fascinating destination increases the potential for tourism. No wonder it has been proposed for inclusion in the Pueblos Mágicos de México program in 2012 and 2017. Santa Rosalia is a sparkling jewel valued by all who visit. Discover it for yourself!