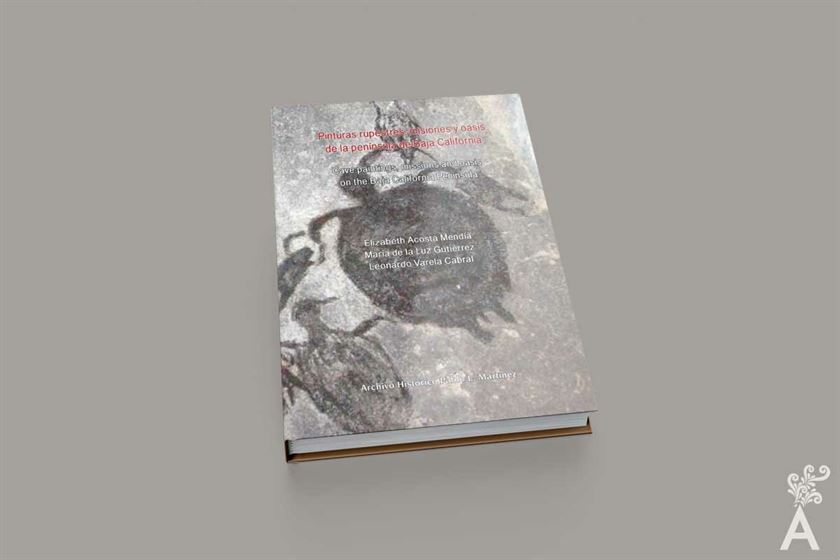 Cave paintings, missions and oases on the Baja California Peninsula

This book invites us to explore a part of the history, art and missions of the Baja Californian Peninsula by taking a journey into the past and discovering the cultural clashes between natives and conquerors.

Originally inhabited by hunters, gatherers and fishermen, the land was invaded over time by military and religious leaders who sought to impose their own brand of culture on the territory.

Thanks to cave paintings and artwork on stone we have an open a window to the past and can see what life was like, including the risks and challenges.

Originally from Mexico City, Cabral has lived in La Paz, Baja California Sur, since 1984. Cabral holds a degree in humanities and has received several poetry awards such as the International Jaime Sabines in 2003 and the Benemerito de las Americas in 2005. He has served as head of the department of culture at the UABCS and as director of culture for the city of La Paz. Cabral currently collaborates on research projects at the AHPLM.

Originally from Mexico City, Luz Gutierrez is an archaeologist and researcher at the National Institute of Anthropology and History. She has dedicated her professional career to the study of cave paintings, especially the so-called Great Mural. Luz Gutierrez published the influential work “The archeology of San Francisco: two decades of investigation of the Great Mural phenomenon” in 2002.

Chef Bueno: With style and seasoning Previous
The Legend: The Ballet Dancer of the Teatro Juarez Next