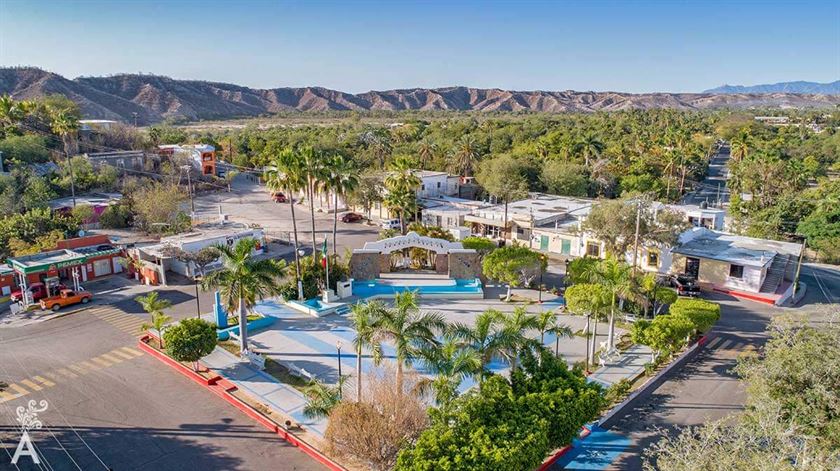 If you travel north by land from San Jose del Cabo, you will pass Miraflores and over the small bridge of Las Viboras. From the serpentine backbone of ridges on the sandy, dry bed of the great stream, which in the rainy summers roars down from the Golfo mountain slope, the road opens on the left and a short branch allows access to Shangrila.

Settled on two hills that are at the mouth of a large wet lagoon lined with palm trees, tule and reed fences, mango trees, avocado, guava, and orange, the green of the oasis will captivate your senses and your spirit. The first humans were amazed when they observed Shangrila from the plateau that surrounds it during the prehistory of this ancient California. Bewitched, they remained here to live the life of the noble savage by gathering, hunting, fishing, making love and resting from such tasks… until the Europeans arrived to civilize them. 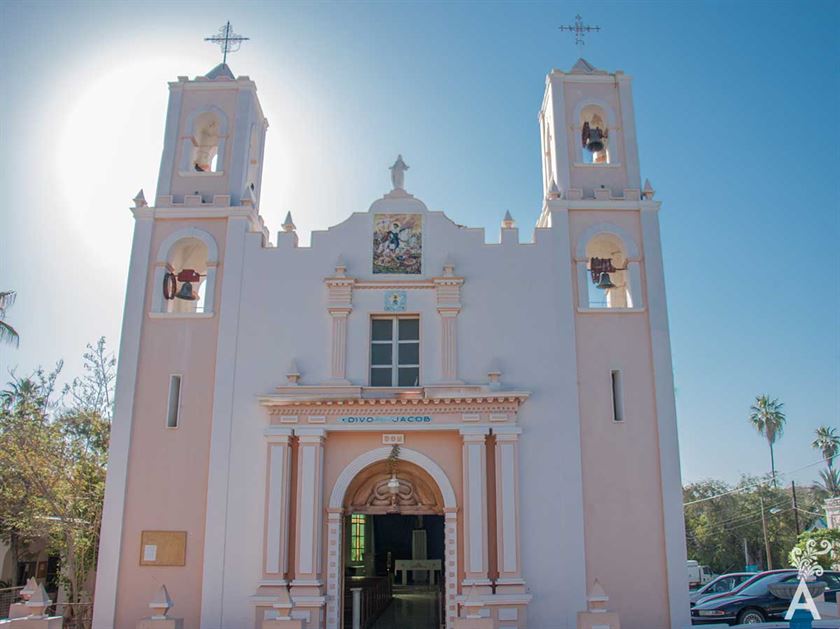 The location was given the Castilian name of Santiago, and the old Añiñi was established at the beginning of the 18th century during the Viceroyalty of New Spain. A Jesuit mission was built in the territory by Father Ignacio María Napoli.

Native Pericues of the Cora group, the original settlers of the region, formed an important part of the indigenous rebellion in the year of 1734. The Pericues were commanded by the leaders Boton and Chicori who were angered by the changes to their customs forcefully imposed by the Jesuits. The missionaries were determined to turn the natives into people of reason through prayer, pacifism, chastity and boiled corn. They killed the missionaries.

Santiago played a leading role in the economy of the old California of New Spain and later with the establishment of the Republic. Until the last quarter of the 20th Century, Santiago was an important producer of panocha and other derivatives of sugarcane that was planted in the lagoon. There was also cattle, horses, donkeys and mules and their derivatives of meat, cheese, leather, and sebum, among others. 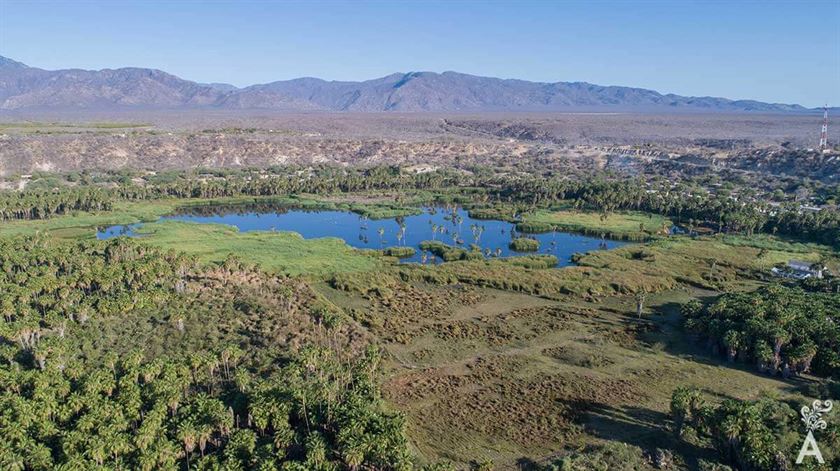 Maurice Castro figured prominently in the 1847 war against the Yankee intervention; he was born here. The areas surrounding the town were also the site of some scarcely recorded skirmishes during the revolutionary war that began in 1910.

Today, the breeding of cattle and horses in nearby ranches is still combined with artisan tasks that have changed little since they were established by the first settlers from New Spain. They continue to make fresh cheese and weave the sollate with palm fronds for ropes and hammocks. Rustic furniture is also manufactured from hard and fragrant woods by box and spike or dovetail assembly systems that have proven their effectiveness since the age of the Europeans. 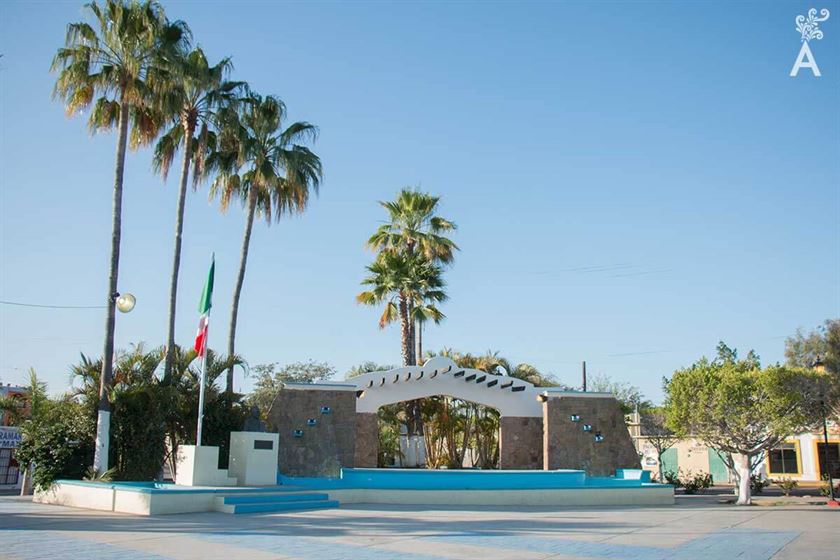 Nearby is El Refugio, an area located nearly 1,000 feet above sea level. The ground contains abundant marine fossils of giant clams, nautilus, fish encased in plates of mica, amphibians and rare snails. The fossils explain the submarine character of the largest part of the peninsula during the Early Miocene period, 25 million years before our time.

There are also depressions created by nature in the spine of the mountain range that have become reservoirs of unique flora and fauna. At the bottom of the slopes, streams of water flow throughout the year from underground sources to form waterfalls and small lagoons, passing over soft sands and hard granite blocks that dazzle with their whiteness. For birdwatchers and, in general, for those who love life in the wild, there are canyons located a few miles from the road, but light years from the noise and pollution of large urban centers. The ecotourists who leave their vehicles at the top of the slope and walk the valleys are able to return in their wheeled machines to Santiago and then to Los Cabos, in less than 30 minutes. 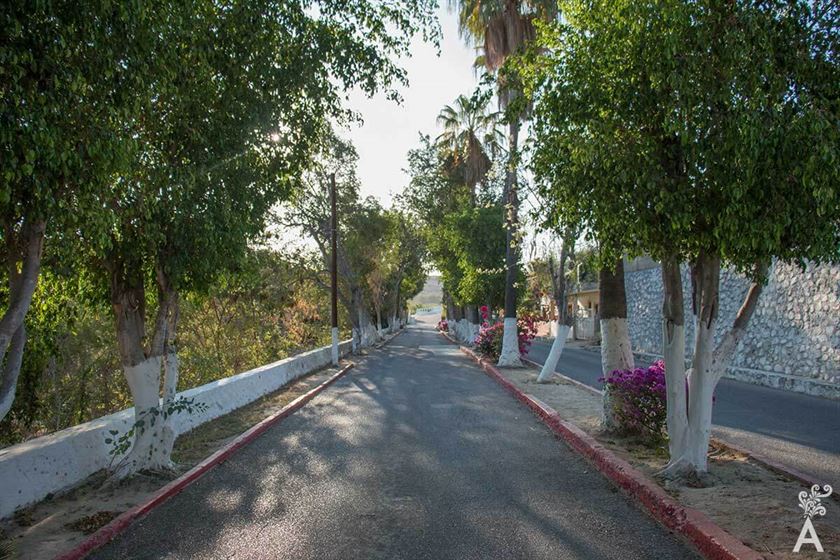 In the canyons of La Zorra, San Jorge, El Chorro and San Dionisio, you can see the concern of the ranchers responsible for making sure nature is protected: “Do not leave anything here. Do not take anything from here, except the memory.” It seems to be the motto of these places. In the surrounding mountains, the inhabitants collaborate in a crusade to maintain these canyons as virgin, uncontaminated places. They know that their permanent, concerned vigilance is necessary for the deer, puma, fox, coyote, the babisuri and the wildcat to survive. They work to make sure the peregrine falcon and other raptors continue to fly in search of prey like the mountain or pitayera pigeons, chacuacas, vipers, cachoras, rodents and everything that flies, walks or crawls through the canyons and down the stirrups and skirts of the sierra.

This ancient settlements born of the oasis survive. They fascinated the natives who first came here and continue to host modern adventurers called tourists.

As if it were necessary, Santiago, one of the Coras, claims the official recognition of Historic Town. The title the town has always had among the people of Sudcalifornia.

Enjoy the magic of Todos Santos Previous
Stand Strong Next