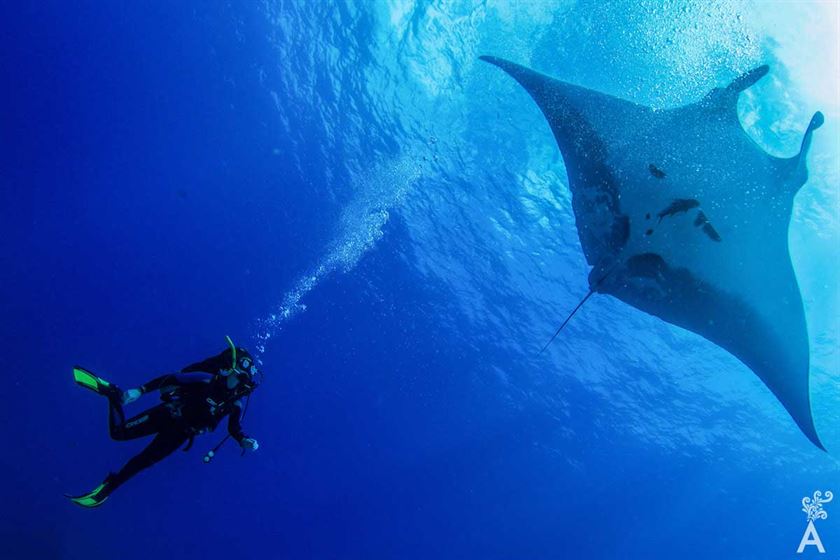 National parks are biogeographic representations of relevance that contain one or more ecosystems of high scientific, educational or recreational value. They are framed by great scenic beauty with a natural aptitude for the development of tourism. In this sense, the Revillagigedo National Park has enormous natural and scenic beauty derived from its well-preserved ecosystems, majestic rock formations, active volcanoes and underwater geological structures that add up to a unique landscape.

The four oceanic islands that make up the Revillagigedo National Park are home to enormous biological wealth, both marine and terrestrial. It is possible to observe species of unique flora and fauna, as well as some of the largest aggregations of pelagic fauna in the world, such as sharks and whales. The remarkable richness and scenic beauty of this region are two reasons why UNESCO included the Revillagigedo Archipelago on the list of World Heritage Sites on July 17, 2016. 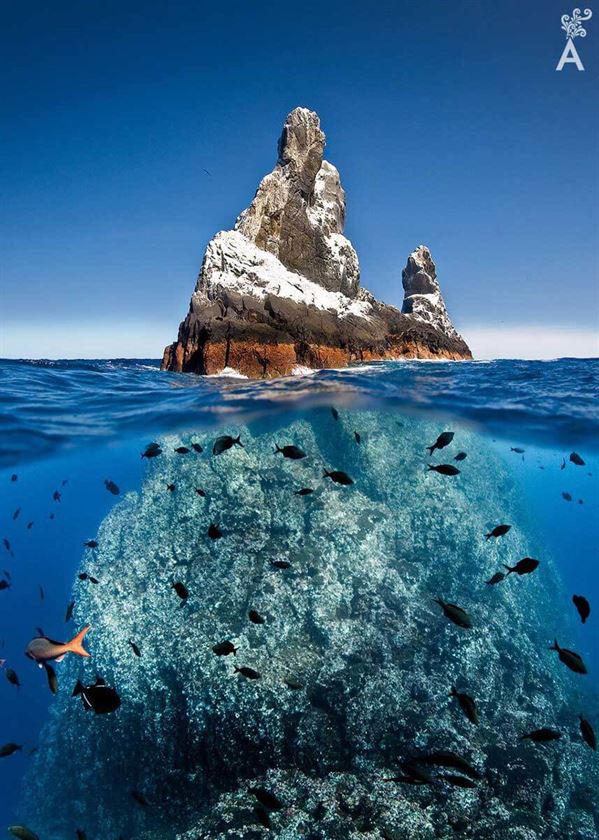 The abundance and diversity of species that inhabit the Revillagigedo National Park is due to its location in a convergence zone of two marine currents. One is from California with its cold waters rich in nutrients transported from the north. The second is from Costa Rica with warm waters from the south. The islands form steps in the migration routes of species through tropical and temperate waters along the eastern Pacific.

Added to the great biological and geological value, these islands are of great political and economic importance. They are the most distant island territory where Mexico exercises sovereignty. This allows the expansion of the country’s Exclusive Economic Zone. 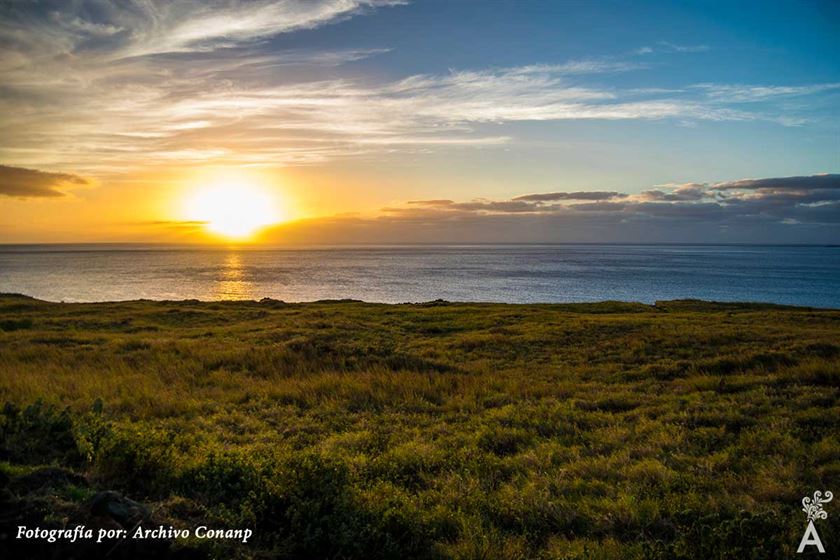 Socorro is the largest of the four islands. It is distinguished by its great diversity of endemic species that can only be found on this site and in no other part of the world. Among the species are birds, many of which are under some risk category and are subject to protection by national and international laws. Although the entire island is an active volcano, it is possible to observe sulfur emanations and hydrothermal springs in Mount Evermann, which is the highest elevation site in the entire archipelago. From there, it is possible to admire the majesty of Socorro Island surrounded by the Pacific Ocean.

Clarion is the island farthest from the continent and, despite its remoteness, hosts a remarkable diversity of plant species. Most of the coastline is a cliff giving it some of the most impressive rock formations in the archipelago. On the other hand, plant species on San Benedicto Island are much less abundant due to the eruption of the Barcena volcano in 1952. The lava flows give an imposing aspect to this island that is also known as “The Cloudy One.” 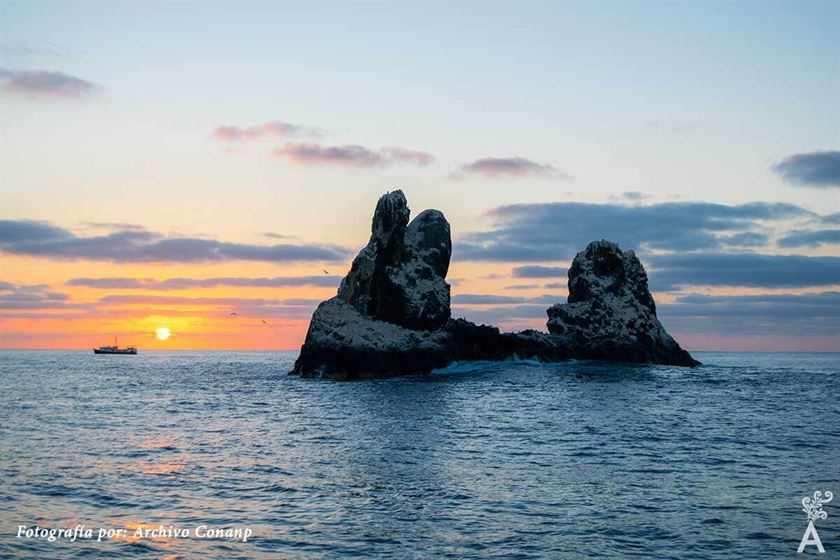 Finally, Roca Partida is a small formation of volcanic lava less than 350 feet long and devoid of vegetation. That said, the island’s waters harbor an enormous diversity of fauna that attracts divers from all over the world. At the same time, they can observe whales, sharks, dolphins and giant manta rays whose interaction with humans is remarkable.

In addition to their diversity, the species of the islands have unique characteristics with small populations that live in very limited habitats. They are particularly fragile and under pressure from introduced and exotic invasive species. 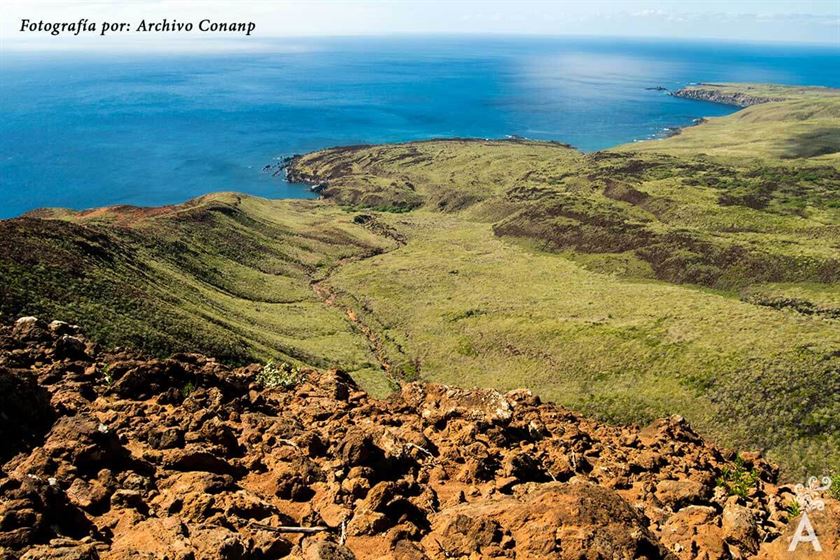 Natural areas such as the Revillagigedo National Park are important for the protection of species and ecosystems. They also offer additional benefits such as helping to regulate temperature and humidity at the regional level, contributing to soil conservation and the production of water, and the capture and store of large amounts of carbon. They are also genetic reservoirs, in addition to generating impressive economic income from sustainable tourism activities.

For all the reasons above, the Revillagigedo National Park deserves every possible protection. It is currently the largest marine non-fishing area in Mexico and, as a result, ensures the continuity of reproduction, feeding and migration of many species.

COMONDU, A POSTCARD OF PARADISE Previous
Stand Strong Next