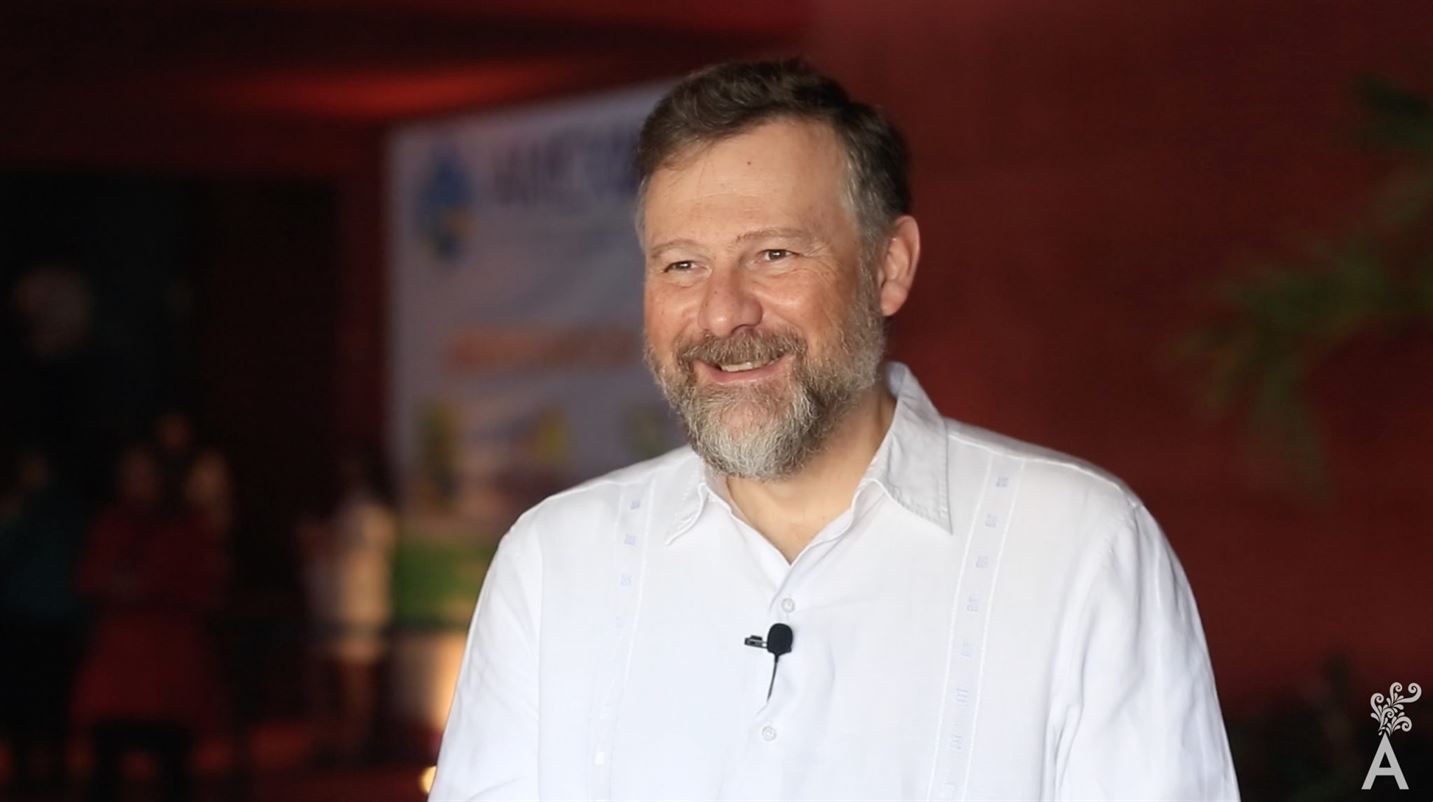 Leo Zuckermann conference took place the past Friday 25th January, at the AMEXME forum. Eloquently He exposes different ideas about the good, the bad and the ugly of the actual president of Mexico, Andres Manuel López Obrador.

Invited by The Association of Women Entrepreneurs (AMEXME), Leo Zuckermann gave a detailed analysis and point of view on public policies, as well as the country’s possible economy outcome of each.

Some of the positive actions that Zuckermann said about the López Obrador government were based on the acceptance and recognition of a cabinet made up of a greater number of women. Currently, the administration has 8 women, compared to only 2 in the office of Enrique Peña Nieto.

At the same time, there is a perfect equanimity in the chamber because it’s constituted by 50 percent woman and 50 percent men, this tell us about an important change in the struggle for gender equity that women have fought for many years.

These two characteristics of the current government set a precedent for future presidencies and reiterate the fundamental role of women in the labor sector.

On the other hand, Leo Zuckermann applauded the government’s commitment to the Free Trade Agreement of Mexico (FTA) with the United States and Canada, where he emphasized that Mexico exports more than the rest of Latin America. In this same line of economic topics, the lecturer approves the last appointments of Lopez Obrador to Carlos Urzua, as Secretary of Finance and Arturo Herrera, as Undersecretary of Finance.

Finally, as a success, Zuckermann recognizes the fiscal budget that Lopez Obrador presented in his campaign promise and finds him in accordance with the macroeconomic variables of the market, where it talks about increase of the dollar, oil and general cost of the gross domestic product; therefore, the current government predicts a 2% growth in the Mexican economy. In conclusion, the president presented a budget with realistic variables that will try to fulfill what the Mexican people demand: no inflation.

As one of the mistakes of the young government, Zuckermann criticizes the cancellation of the new international airport in Mexico City, highlighting that it was going to be the most important project in the history of the country and of all Latin America. Profitability ensured a great business proposal for the Mexican government, investors and the tourism sector. Canceling the airport increased the risk of investing in Mexico and, consequently, interest rates.

This is joined by two bad infrastructure projects: the Mayan train, in which operating costs cannot be recovered since the train is not located in urban areas, which means that there will not be much demand. Here, there are 150 billion pesos invested. The second project that is badly managed is the Dos Bocas Refinery in Tabasco, to which Zuckermann calls it “a capricious work of the current president”.

Leo also showed his concern that the army is meddling in the affairs of the people and that the military has control over public security, where an increasingly polarized society is seen from power.

At the end of the conference, the issue of violence, impunity, and insecurity is one of the most relevant problems for this government and generates uncertainty for Mexico. Last year was the most violent of the last 21 years and the number of deaths amounted to unimaginable figures. This represents for Andres Manuel Lopez Obrador a challenge like no other: to solve insecurity, prevent crime and strengthen the Mexican society.

Zuckermann attributes the instability of corruption, insecurity and mediocre economic growth to the weakness of the rule of law, in a country where laws are not accountable and justice is not done expeditiously. There are no clear, public, or just laws that protect human rights or, more serious, there is not a group of ethical and competent people who do justice.

Leo Zuckermann’s conference was a reminder to question who we are as citizens, that we live in a community and that we seek welfare, to find a way to contribute to public action from the place where we are standing. But the message that AMEXME is trying to communicate with the special guest is even stronger.

The Association of Women Entrepreneurs, chapter San Jose del Cabo, reinforces the commitment with the regional society to be informed and in constant dialogue, with the help of this type of forums, to involve ourselves in making decisions that concern us all. Without a doubt, the event was a total success.