Who is Sergio Ledesma? 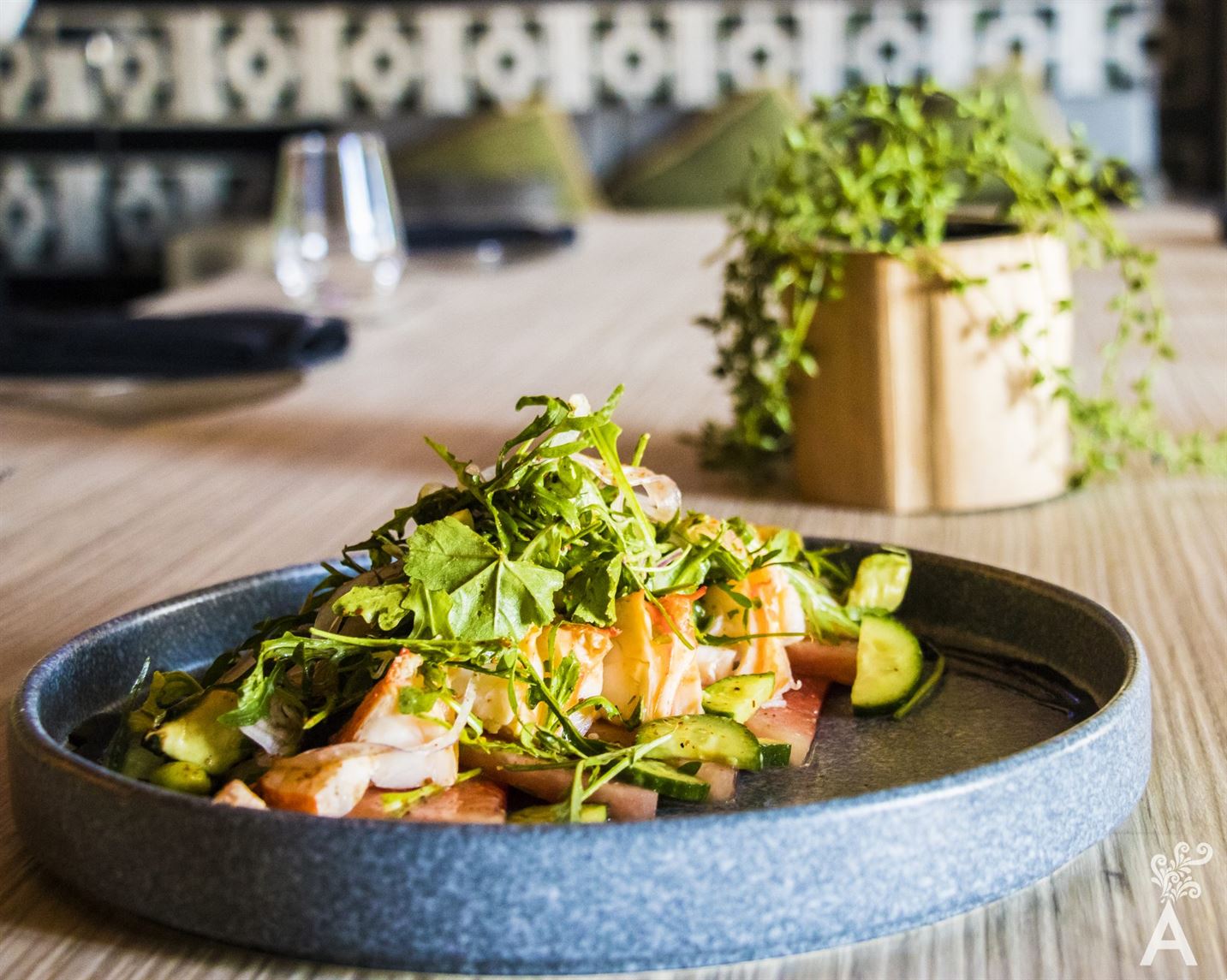 La Central is the new Mediterranean restaurant with Mexican influences that arrived at the Cabo San Lucas marina to delight tourists and locals under the direction of Sergio Ledesma, executive chef, and owner.

Chef and partner, Sergio Ledesma, received the team of Tendencia to talk about his culinary career and how La Central is a project that shows the experience he has lived when traveling around the world in search of different flavors and textures, which, nowadays, are present in his menu.

At the age of six, Sergio Ledesma decided that he wanted to dedicate his life to gastronomy and has worked from dishwasher and waiter to floor manager, general manager. Finally, after having gone through all these areas, he enters the kitchen to fall in love with the possibilities that the culinary world offers him. His motto, “to be able to command, you have to know how to do it”, is one of the characteristics that define him as a chef who gives everything for his restaurant and wants his guests to live an extraordinary experience.

He studied at The Culinary Institute of America, the same school that forged Enrique Olvera, the most important Mexican chef in the world and one of the personalities that Ledesma admires within the gastronomic world. He took a few graduates in Canada that led him to settle in the country and work as an executive chef at Cravings, Calgary. Another restaurant that marked the life of Sergio Ledesma was his restaurant “Chocolat”, in Canada as well, which exhibited Mexican dishes.

In his attempt to learn more flavors, he made a gastronomic tour that took him to Dubai and Abudabi, as well as to Italy and France where he found the benefits of Mediterranean cuisine. Colombia, Venezuela, and Peru were also other countries that he visited and they helped him to perfect the menu that today presents us in La Central.

“The flavors that I tried on all those places, from each place grabbing different aromas and spices, made my menu a compendium of experiences. Yes, my menu is made of experiences”.

He affirms that it is necessary to use the natural resources that the land provides him, and, therefore, his menu includes produce available in the region: baby vegetables and fresh seafood among others.

The pleasant conversation ended with the certainty that Sergio Ledesma is a chef who brings a new place to locals and tourist, promoting good customer service. His entire restaurant follows one same idea: that goes from giving importance to the bar and the growing mixology, as well as the wine list created by the sommelier Jonathan Verdusco, and the joint work with architects and designers who ambiance an organic space.

La Central is a combination of exquisite dishes, with the best attention to the diner and a modern atmosphere so you can feel Chef Sergio Ledesma essence.

Previous articleWhat was the Leo Zuckermann conference about?
Next articleWhat makes ME Cabo unique?