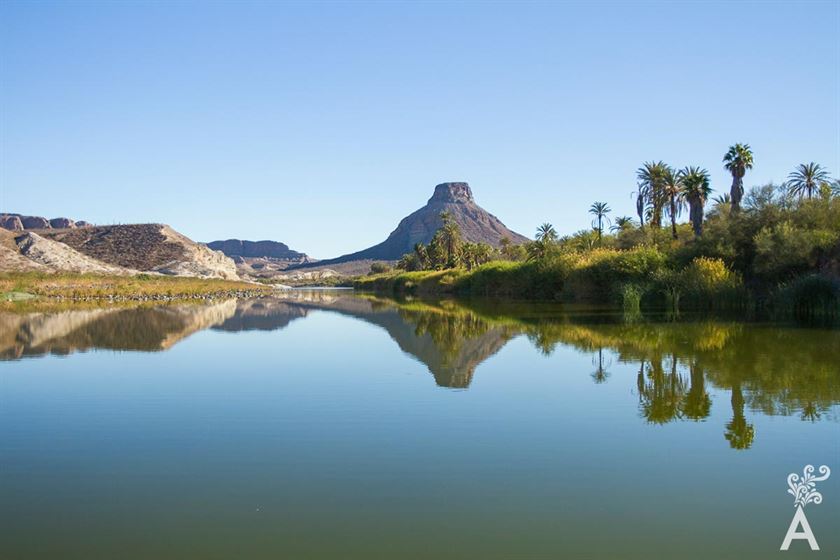 The municipality of Comondu is a melting pot of food traditions. This Southern California oasis encapsulates the long history of colonization, from the missionary stage to the food prepared by the families of the Santo Domingo agricultural valley in the middle of the 20th century.

A panoramic view reveals culinary traces embedded in the microenvironments where the territory was inhabited. The oases, the mountains, the valleys, the coastlines and the islands brought ingredients to the type of food our ancestors consumed. The other ingredients came from contact with other tribes in the interior of the republic, through trade.

Like the hunter-gatherer Californios Indians, the hunting of birds, rabbits, deer, pronghorn antelopes and other wildlife, combined with the collection of vegetables, strawberries and roots, was practiced by the inhabitants of the region in times of food shortages.
[/two_first][two_second]
[/two_second]

Prehistoric native tribes took advantage of the natural resources by totally adaptation to the environment. The seasons determined their mobility and available resources.

The use or reuse of waste such as urine and excrement, which the Spaniards called double harvest, is thought to be associated with ritual and healing customs (Aschmann, 1959: 58). The ancient Californios usually consumed food under the system of tatema, the practice of cooking mezcal still used in various dishes of Comondu and Loreto.