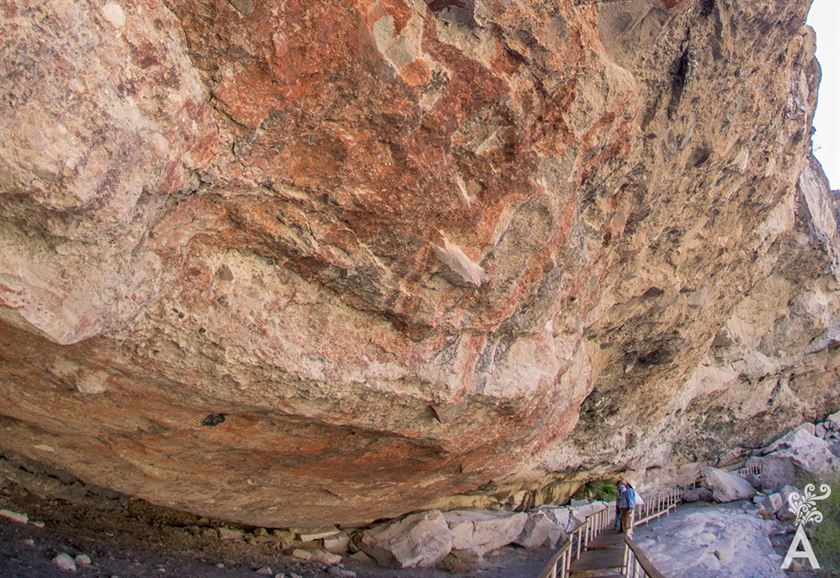 The Giants of the Sierra

The cave paintings in the San Francisco de la Sierra were made known to the world in the year 1962 through an article published in a magazine by Erle Stanley Gardner, an American writer of mystery novels. From that date on, the monumental figures of men and animals colored red and black were known to the world as the Great Prehistoric Murals. They were created by strangers in caves and on cliffs of the central mountains of the peninsula.

The identity of the artists remains a mystery. When the Jesuit missionaries arrived in 1697, the indigenous Cochimies knew nothing of the painters. They referred to them as “giants” who had come from the north at a time even the grandparents of their grandparents could not identify. Scholars theorize that the artists came from a culture superior to the Cochimies, who the Europeans believed were not able to build the scaffolds that the great mural required or even the process required to attack that monumental work.

All this, and some other fantasies, said the wise man with the white beard and round glasses to those gathered in the boardroom of the Punta Abreojos cooperative, occurred so many years ago that there has been little interest in the specifics. 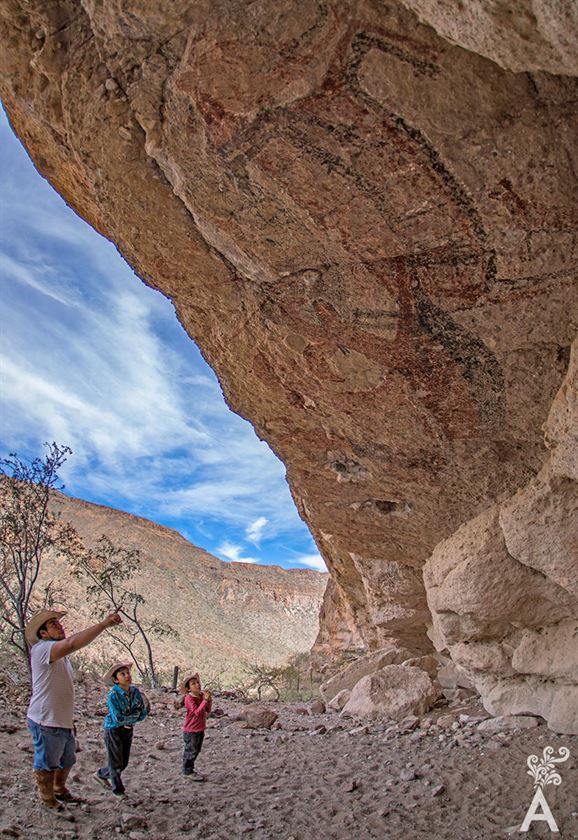 The issue is that the subject caught the interest of Rene “El Cantino”, a man who always had one foot in the central mountains and another on the Pacific coast. Days after the conference, next to a campfire at the foot of the Picacho de Santa Clara where we had gone to look for a herd of wild donkeys, “El Cantino” told me:

“The man who got off the helicopter in San Francisquito saying that he had been to the paintings did not sit well with me because of the way some foreigners and Mexicans carry themselves. They act as if they deserved it, as if we the mountain dwellers owed them something. But what do I know? The thing is, he knew about the paintings down there by the stream and the Mouse Cave up here, but I did not want to take him to my cave. The entrance is not big, but the cave is very deep. It is where I once found a painting of very large people, bordered by other objects on the sides.

The paintings were not about to turn to dust, so I slowed down to examine everything. They were massive. I left the cave and blocked the entrance with stones, so no one would find it. I wanted it for myself. Understand? Now that I know you, and because I like you, I’m going to show it to you. Okay?

The next year, he took me to his cave. While removing the stones from the entrance, he made me swear “on this little cross, brother,” that I would not reveal the location of this cave that was now “of the two.”

At first, we had to crawl but then it widened. A few yards later, at the end of a cavern with high ceilings, the light of my torch revealed a huge skeleton partially covered by a sackcloth. The figure must have measured close to ten feet. Next to him was a leather pouch full of arrowheads and spears, as well as a large black wooden staff engraved from top to bottom with rings, dots, stars, and wedges. It was as if the markings were an ancient script. There was also a short arc of yellow bone, similar to those used in the Arctic by the Inuik. We did not dig up or move anything. We left everything as it was, “out of respect,” said my guide.

“El Cantino” died a few years later and I have not returned to the sierra. Anthropology is not my thing. We need to leave the dead in peace, as I suppose the giant who locked himself a thousand years ago in that cave wanted to be. There he must be, alone in the darkness and silence of his death.

Californian Literature Previous
The Festival de Sabores de Baja in Miraflores is back! Next