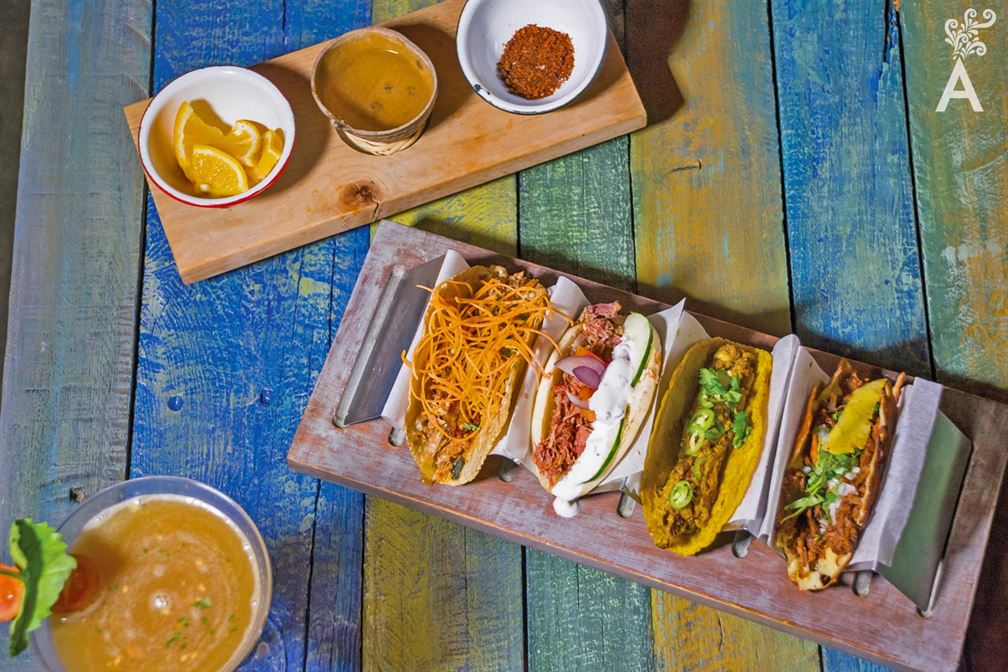 Everyone loves a success story. David Camhi, founding partner of La Lupita Taco & Mezcal, shares the story behind the expansion of one of the more famous taco spots in Los Cabos. After enjoying success in San José del Cabo, La Lupita opened a second location in Cabo San Lucas.

“The opening of the second Lupita, almost three years after the first, has been a great challenge and a great experience. A sequence of life situations paved the way for the ideal site and new partners that enriched the project.”

La Lupita Taco & Mezcal in Cabo San Lucas opened in November 2018 and is located a short walk from the iconic El Medano beach. The new location represents the owner’s passion for establishing a relaxed meeting place that can be enjoyed by locals and tourists in Los Cabos.

“We want people to come more than one day a week, whether it’s Santo Pastor Tuesdays for tacos with the family, or to organize a get together with friends or to enjoy live music with cocktails or craft beers.”
[/two_first][two_second]
[/two_second]

The essence of the original taco shop has been retained. La Lupita Cabo San Lucas has managed to replicate the fantastic atmosphere and the unique dining experience, but in a bigger space. In a similar fashion, the bar offers the same variety of agaves that translates into 30 different types of mezcal, the purest distillate in the world.

“Having two locations is crazy. The biggest challenges are the time and logistics necessary to have a presence in both places. Javier Galindo is also a partner and having him in operations makes us stronger.”

Chef Javier Galindo joined La Lupita as executive chef for both locations. Originally from Mexico City, Chef Javier discovered his life’s passion in the world of cooking. He was influenced by the flavors and cooking of his mother, who taught him to eat well.

“As a cook, I divide the kitchen into three areas: what I like to eat, what I like to cook and what the customer likes. On the menu, the taco of lengua represents the first area, the cochinita taco or piglet pibil is what I like to cook for the intensity of the flavors, and the shepherd’s crust is the favorite taco par excellence of La Lupita diners.”

Working at La Lupita allows the chef to be in contact with two of his favorite and most representative Mexican ingredients. First is the corn in different colors and second is the variety of chilies with different degrees of acidity, heat, textures, smokiness and even sweetness.

“For me, corn symbolizes the origin of the Mayan culture. The Popolh Vu spoke of corn as the source of life. It is an elemental ingredient of Mexican cuisine and a taco base. Having it in my hands, transforming it and sharing it is one of the things that fills me with passion.”
[/two_first][two_second]
[/two_second]

For Chef Galindo, the taco is a perfect blend of flavors. Creating a good taco requires technique and a perfect balance between salty, sweet, spicy elements and texture.

The nuances and colors of La Lupita represents a trip through Mexico. It is a small sample of what we are as a culture and a great experience for the palate. Enjoy the exquisite tacos and atmosphere of La Lupita in San José del Cabo and Cabo San Lucas.