The Legend: THE MOON PIANIST 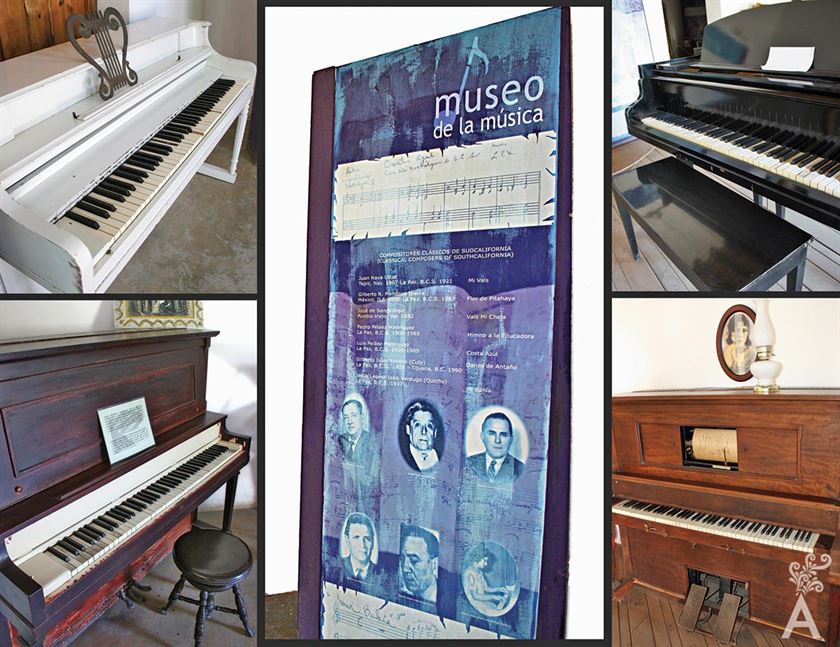 For Nico Carrillo, may he rest in peace …

Expecting that at any moment a ghost or some vermin would jump out at me, I wandered through the dilapidated rooms of the house that I was thinking of buying in El Triunfo. I lit a cigarette. The silence was so overwhelming that when I exhaled the smoke, I felt a start. A pebble crushed under the sole of my shoe became a roar!

I had agreed to meet the sellers at 6:30 in the evening. They were delayed. The sky was blanketed with clouds that added to the darkness that was rapidly advancing on that winter afternoon… Silence.

This was what I needed to regain the status of a normal person. I was tired of sleeping during the day and spending the night anchored to a typewriter. It was a routine that had made me antisocial. I went out into the corridor. I loved the patio with that brick floor, now covered with huizapoles. I imagined it clean and shaded by taco palms and tabachines in bloom. Perhaps the naturopath was right and by not having the distractions that electricity facilitates, my insomnia would be cured.

I was determined to do without television, the telephone and even the radio. This would force me to adhere to a schedule. Of course, I could always run back to my house if necessary, just forty minutes away.

[two_first] Suddenly, the silence that surrounded me disintegrated. Musical notes drifted through the air like a cataract of soap bubbles. I went in and stood at a window looking for the origin of the music. It seemed to come from a neighboring house. Is it a radio? I asked myself, my body shaken by a succession of chills that ran from head to foot. But it was not that.
[/two_first][two_second]
[/two_second]

Someone was playing a piano in that house. A stronger shudder made me tremble just as the last ray of sun tore through the clouds then disappeared behind the mountain. If someone had asked me that afternoon, I would have sworn the other house was just a ruin. However, the great door that faced the alley was wide open, inviting me to look into the darkened room. Grasping the iron bars, I glimpsed the interior where little by little a grand piano and a pianist came into view. Both shone bright white as if they were illuminated by the moon. Now I could see them clearly. The pianinst had long hair pulled back at the nape of his neck.

I had never heard a musicial interpretation that aroused so much emotion. He played a sonata unknown to me. His hands on the keyboard resembled the wings of a dove. Clinging to the door, I let myself be enveloped by a spell impossible to break. The chords and arpeggios were sweet, vibrant, crystalline. I could not look away from the moon-lit image of the man and his piano. Fears transformed into dreams and I saw myself naked, graceful, dancing in the courtyard under the flowered tabachines. My hands traced figures in the air with a silver, transparent scarf. The musical notes exploded sweet on my cheeks and tangled in my long hair … I did not realize how long I stayed like this, dreaming, clinging to the iron bars, eyes fixed on the man and the piano. The music abruptly stopped and I came back to reality. He went out into the alley where a soft fluorescent light emanated from his face and hands.

He stood there, turned towards me, waiting for a word, perhaps. I tried to speak to him but no sound came from my lips. My numb fingers released the bars, but my aching feet refused to take a step.

It was dark. He walked out to the street.

Wait for me! Said the hoarse voice that came from my lips. I made an effort to loosen up in the darkness and took a few steps into the courtyard. The few stars shining through the clouds reflected in the palm treetops. My eyes soon became accustomed to the lack of light and I walked eagerly to the entrance hall.
[/two_first][two_second]
[/two_second]

Outside, my car and the pianist waited, motionless. When he saw me, he started walking lightly down the alley.

Wait for me! I screamed at him, but he did not seem to hear me. At the risk of falling, I ran to reach him on heavy legs. I could see him clearly in the moonlight. Wait! I screamed again. I felt as if I was running in slow motion. The distance between the two of us did not decrease. A high and ruined wall was at the end of the alley. The man went through a gate and I decided to follow. I felt no fear. He stopped next to an illuminated path and waited for me with his arms crossed over his chest.

Who are you? I asked, approaching him. He turned his face towards me, resplendent and white, but empty. Nothing. There was nothing in that face. He had no features, no eyes, no nose, no mouth … like an unfinished doll. A scream escaped my lips and he vanished.

The next thing I knew, a man and a woman were speaking to me and rubbing my temples. Under the light, I recognized the faces of the sellers. We were looking for you and heard you scream. What happened to you?

Around us, only tombstones and the blackness of the moonless night.