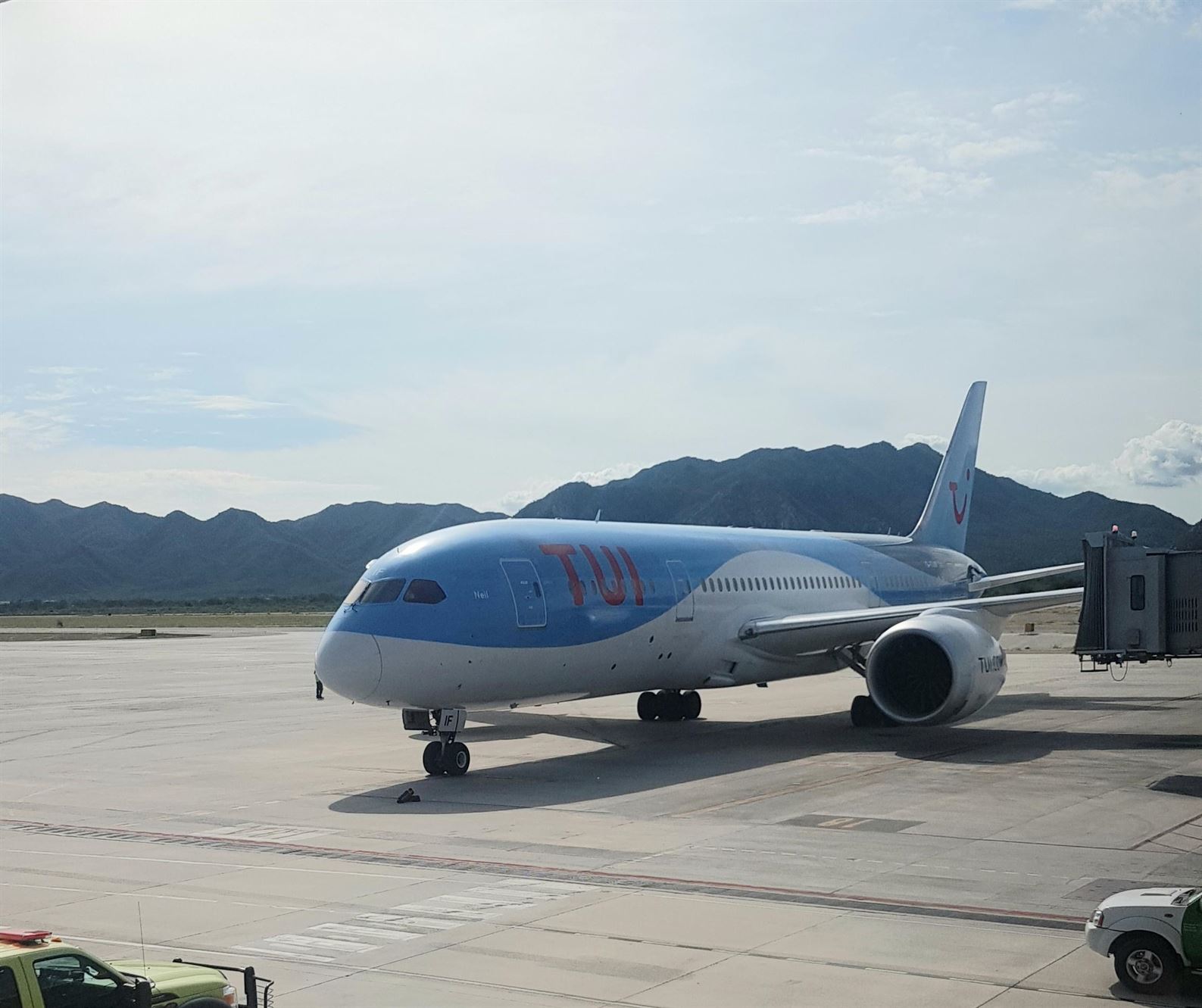 Baja California Sur welcomes once again with its warmth, this time to the tourism in the United Kingdom. Last Thursday, November 7, it became a historic day, when 344 passengers arrived at the San José del Cabo airport on the first charter flight that directly connects the European continent with Los Cabos. 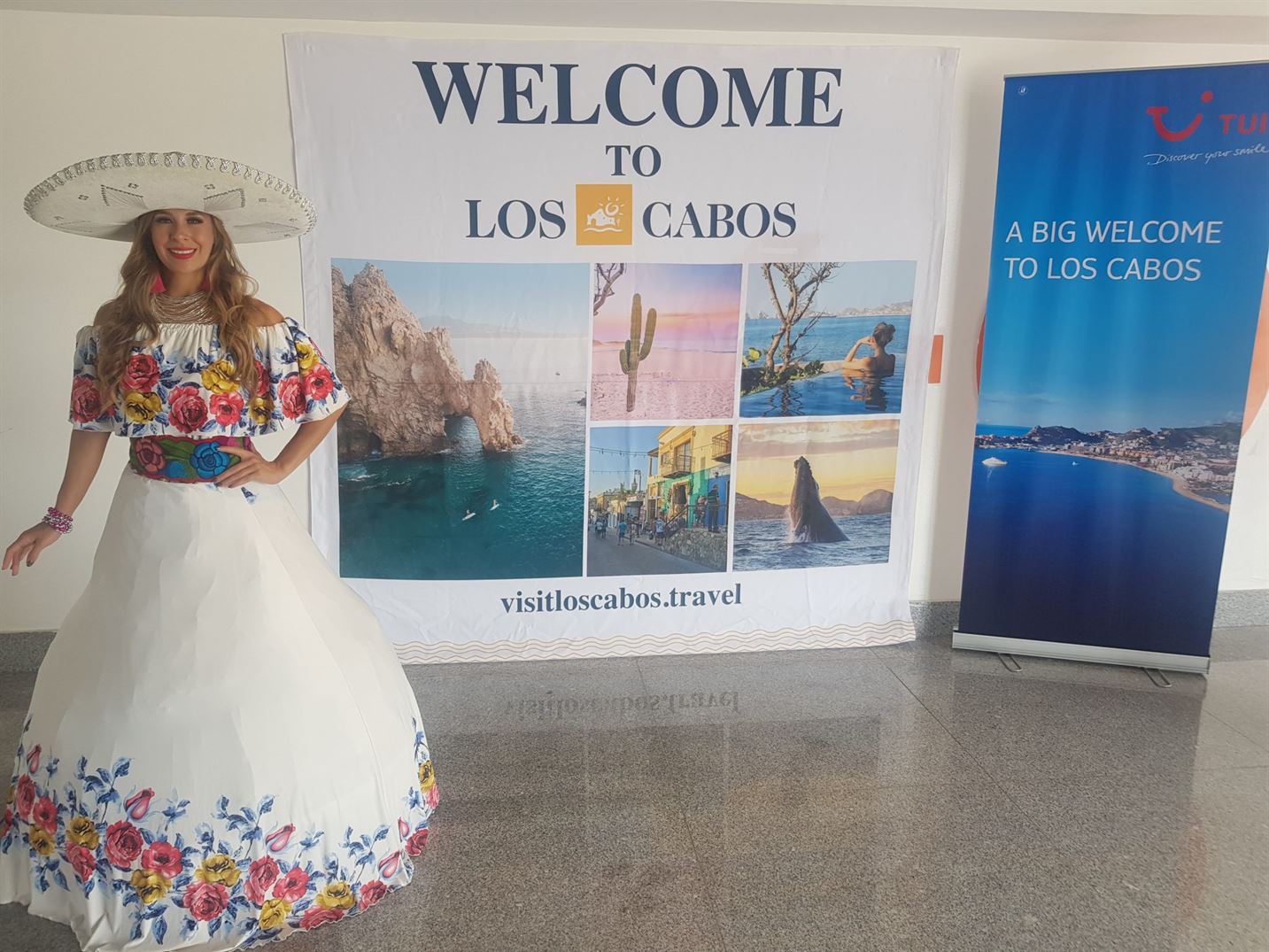 “I am excited to see that a new page in the history of tourism is  written with this flight. Baja California Sur is a beautiful place, precisely here Queen Elizabeth II completed her visit in 1983.”

The governor Carlos Mendoza Davis, highlighted the moments that have marked watersheds in the development of our state since the first commercial flight Los Cabos- United States, today 34 years later there are 26 direct flights to that country, 10 routes to Canada and 9 direct routes with other states of the Republic.

“Today we witness the first flight that connects Europe with Los Cabos. This moment is definitely the culmination of work and continuous effort by different institutions of both countries, including SECTUR, FITURCA, the group of hotel entrepreneurs and developers of Los Cabos.” 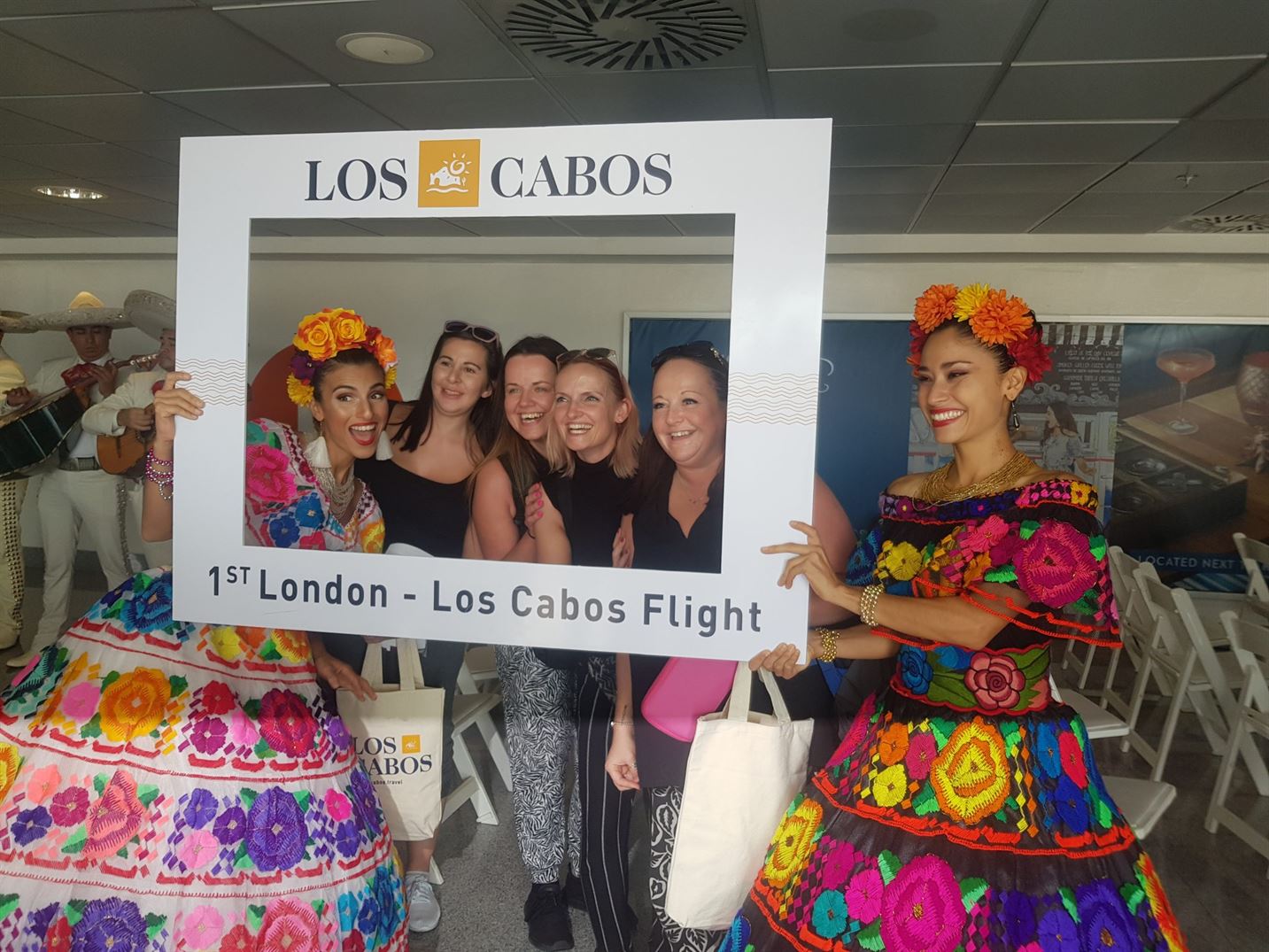 Finally, the secretary of tourism Luis Humberto Ariza said that the TUI airline will be flying with a frequency of 1 day a week, with which it is estimated to increase the visit of European tourism to 20 thousand visitors per year. The hotels of the destination have also contributed to making this new flight possible, 14 hotels are already part of the package that TUI offers to its customers and surely others will join them.

The passengers were received with the taste of Mexican snacks and the son of Mariachi, the best invitation to enjoy The Art of Traveling. Congratulations and welcome European tourism! 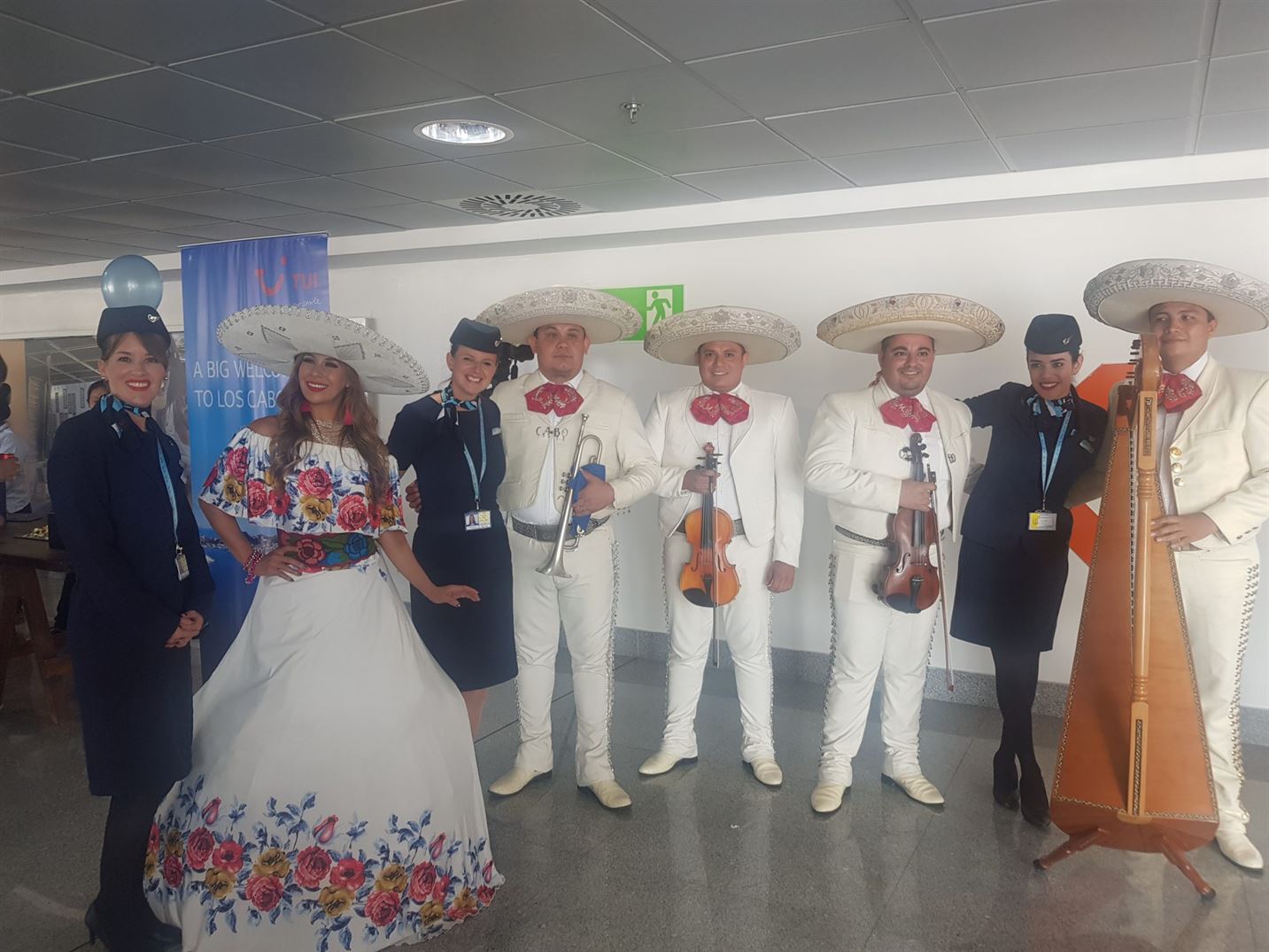 TUI crew members with the Mariachi

Los Cabos, a success story in the world of tourism

Los Cabos is back!