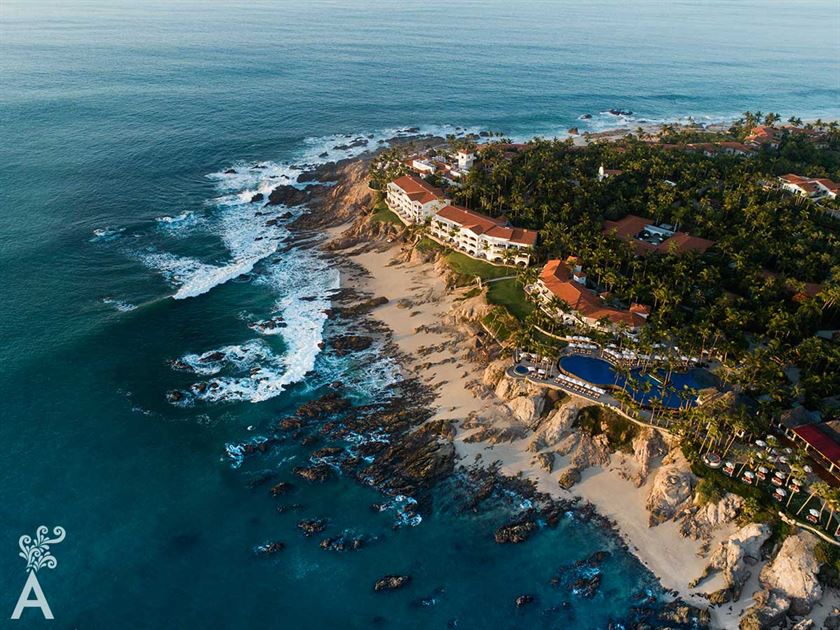 Next year will mark seven decades since the production of the first feature film Santa, and boy, has Mexican cinema evolved since then. Not only do we have Mexican directors in international film festivals, such as Alfonso Cuaron, Alejandro Gonzalez Iñarritu, Guillermo del Toro, Echevarria y Maria Novaro, they take over with their Mexican charisma and, of course, receive numerous awards for their productions.

As a tourist destination, Los Cabos has, once more, shown great resilience as it demonstrates its capacity to overcome critical situations. This adaptability is how it stays a leader in the tourism industry.

Regarding entertainment and culture, the movie industry recognized the value of this destination in 2012 and successfully held the first Los Cabos International Film Festival. Even with the many limitations that the COVID-19 pandemic has created worldwide, the ninth edition of the festival is still in the making and will be presented from November 11-19, 2020.

However, the festival will be presented on a virtual platform, the way practically every public event will be held this year. Organizers, sponsors and everyone involved in the Los Cabos Film Festival are dedicated to presenting something totally different, attractive and for a wider audience given the different digital platforms.

As a result, the festival has the advantage of showcasing movies to a global audience. Presentations can be enjoyed from the comfort of home, without exposing anyone. At the same time, the image of Los Cabos as a stable, strong, and involved destination is reinforced according to local and international authorities and health organizations.

The consistent dynamic in Los Cabos has always been innovation. This will be no exception. The brilliant and creative minds of the community will follow the new health and security regulations while remaining committed to quality personal service.

A while back, the method of greeting and welcoming guests with a hand over the heart was implemented by Edward T. Steiner at the One & Only Palmilla, one of the ultra-luxury hotel and hospitality groups in Mexico. Steiner’s goal was to turn it into the best hotel in Mexico and succeeded for many years. The One & Only Palmilla has received many awards from Conde Nast Traveler as part of its hospitality legacy.

It is also worth mentioning that Nicksan’s famous style of cooking that fuses Mexican ingredients with Japanese cuisine has made it an iconic restaurant with more than 25 years of history in Los Cabos.

Continuing with gastronomy, the famous and successful Sabor a Cabo Food & Wine International Festival has almost fifteen years of experience bringing more that 40 restaurants, bars and wine producers together on a night where the culinary arts are the star of the show.

Of course, special recognition goes to the fishing tournament created 40 years ago by Bob Bisbee. Bob followed a dream and with the support of his friends, created the Bisbee’s Black and Blue Tournament that triggered the fishing tourism boom in Los Cabos.

Los Cabos is considered the golf capital of Mexico with 17 top rated golf courses designed by Greg Norman, Jack Nicklaus and Tiger Woods, and other top designers. The development of this sport has been so successful, Golf Digest magazine classified Los Cabos as one of the 15 best golf destinations worldwide.

Considering this section is titled “Traveling,” I would like to point out that these days you can no longer travel with just a ticket in hand. However, there are plenty of other ways of doing so. Severe restrictions may have been placed on traveling, but there are no limits on trips to the imagination and memories, or journeys back in time, or through digital and movie platforms that are supported by the movie industry and are more available than ever.

The ninth edition of the Los Cabos International Film Festival will make history. In order to achieve greatness, you only need to bring your project to Los Cabos.