Baja California Sur under the spotlight 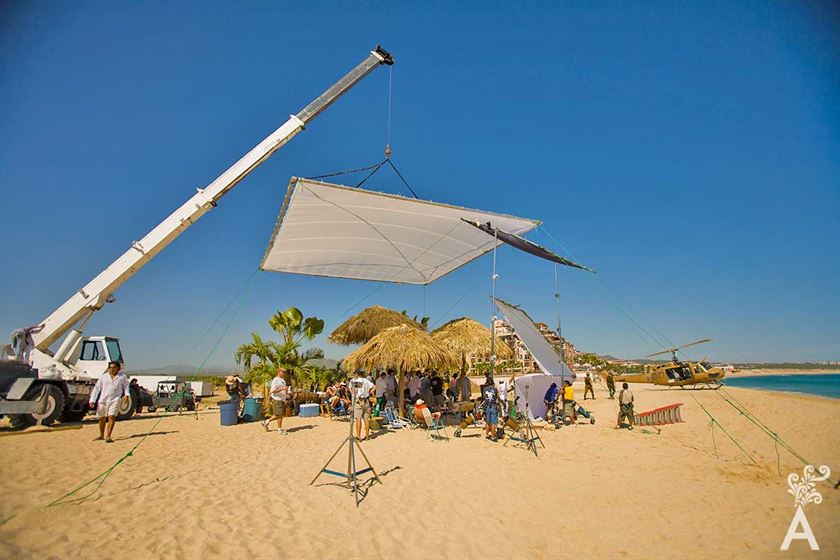 Each has a unique personality that attracts different types of tourists every year, and together, offers a multitude of attractions for every taste. Whether it’s enjoying the beach at a luxury resort, whale watching, diving a coral reef, or a day of sport fishing, Baja California Sur has it all.

Water isn’t the whole story. Our state is also full of historical and cultural attractions such as La Pintada Cave in the Sierra de San Francisco, known for its spectacular cave paintings that stand more than six feet tall. More than 500 feet down at the bottom of a ravine are scenes from the daily life of Palaeolithic people represented in characteristic ocher, red and black colors.

There are hunting scenes with silhouettes of the extensive native fauna and weapons of the time such as spears and arrows, as well as the representation of rituals and the relationship between human beings and their gods. These religious manifestations feature festive silhouettes carrying headdresses and beautiful accessories.

Another of the many historical treasures found in Baja California Sud is the Route of the Missions along the Camino Real de California. The road connects the 36 missions in Mexican territory plus the 21 missions of Alta California from San Jose del Cabo to San Diego de Alcala.

Jesuits and Franciscans built and ran the missions for religious purposes. Their colonization plan was applied in mainly harsh areas with difficult communication. As a result, agricultural and livestock activities were of vital importance to achieving self-sustainability.

Baja California Sur also represents an unbeatable opportunity to find suitable locations for small and large national and international film productions. A major competitive advantage is the proximity and connectivity to Los Angeles.

We have four direct flights daily from Los Cabos, one from Loreto and the ability to take a private flight from 43 airports throughout the state, 14 of them with International Air Transport Association certification. By land, Los Angeles is just 24 hours away.

If you’re an art director and still not sure about Baja California Sur, there are more advantages that place us at the forefront of film locations. Internationally recognized local catering companies can serve small and large film productions, plus audio and video companies have the experience and equipment to reduce shipping costs and customs logistics. If that isn’t enough, more than 25,000 hotel rooms in the state guarantee lodging will be available, as well as the outstanding warmth and hospitality that will satisfy the most demanding members of the show.

Whether its filming a wedding on a heavenly beach, an expedition through dangerous mountains, an adventure surrounded by underwater fauna and flora, or an historical trip through the missions and traditional town squares along the Camino Real, Baja California Sur has the ideal locations to turn any dream into seventh art reality.