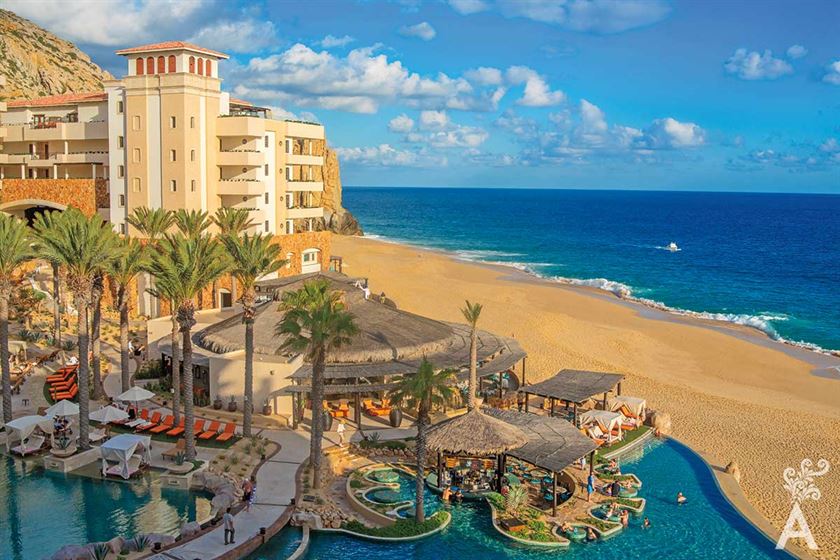 Getting to know beautiful, desolate and even paradise locations through movies is part of the experience that is meant to be conveyed. Even though most movie locations are not real, there are others that seem unreal but truly exist. That is precisely the case of Los Cabos.

If you want to look at the history of cinema in Los Cabos, just tune in to one of the first films made in this iconic destination. Foxtrot (1976) is a good example. The winner of two Ariel Awards for Best Cinematography and Best Ambience, Foxtrot was directed by Arturo Ripstein and starred Peter O’Toole, Charlotte Rampling, Max Von Sydow and Helena Rojo.

At the time, Cabo San Lucas was a fishing town and the main source of tourism was sport fishing aficionados. During the summer, fishing had a reputation for not being that good. As a result, fishing tourism declined. At one point, Solmar Hotel, with 20 rooms and one suite was in dire financial straits. Luis Bulnes Molleda was responsible for being the person who booked the Solmar for the filming of Foxtrot.

Solmar is one of the pioneer hotels involved in the development of tourism in Los Cabos and is also one of the first locations to be used by the movie industry in this city. Foxtrot practically rescued the hotel from bankruptcy; mainly, for the amount of attention the media gave to the destination, but also because Charlotte Rampling extended her stay for two and a half months due to tonsilitis that began during filming.

Years later, Don Luis relied on another movie, this time a documentary based on a book that would position Los Cabos as the marlin capital. The book was The Old Man and the Sea (2012). The producer, Martin Falklind and two friends, embarked on a trip to Cabo San Lucas to see the billfish population they had heard so much about. When they arrived, they had the pleasure of meeting Don Luis. Don Luis was a man who cared deeply about the sea and marine conservation and was interested in the documentary.

As a result, Solmar became a key element in pushing the project forward and for supporting the Swedish crew when funds were getting scarce. Unfortunately, Don Luis Bulnes passed away on October 10th, 2011 and wasn’t here to witness the release of the documentary. In his honor, proceeds from the film were directed to the Billy Foundation, dedicated to the conservation of billfish.

The Old Man and The Sea – The Expedition is an exciting journey inspired by the Ernest Hemingway novel. With a perfect climate, surrounded by the Pacific Ocean and the Sea of ​​Cortez, Los Cabos had everything necessary to become the modern-day version of this literary classic and bring it to the big screen.

The Old Man and the Sea – The Expedition was first exhibited in 2012 in Gothenburg, Sweden. King Carl XVI Gustav of Sweden was invited to the premiere and was pleasantly surprised at learning how Los Cabos had transformed from a small fishing town to a great tourist destination by using ocean resources in a sustainable manner.

In January 2016, the King of Sweden flew to Los Cabos for a week of vacation at Solmar Hotel & Resorts and enjoyed sport fishing at the destination. As part of his agenda, King Carl XVI Gustav met with marine biologists and local entrepreneurs to hear the success story of how Los Cabos combined fishing and tourism in a sustainable way. Taking advantage of the whale sightseeing season in Los Cabos, His Majesty also participated in whale watching and a diving tour with whale sharks in La Paz.

Without a doubt, the stories the big screen and the world of movies present lead us to wish, imagine and venture into becoming the main characters. If it involves looking for a natural paradise, Los Cabos is the perfect setting.