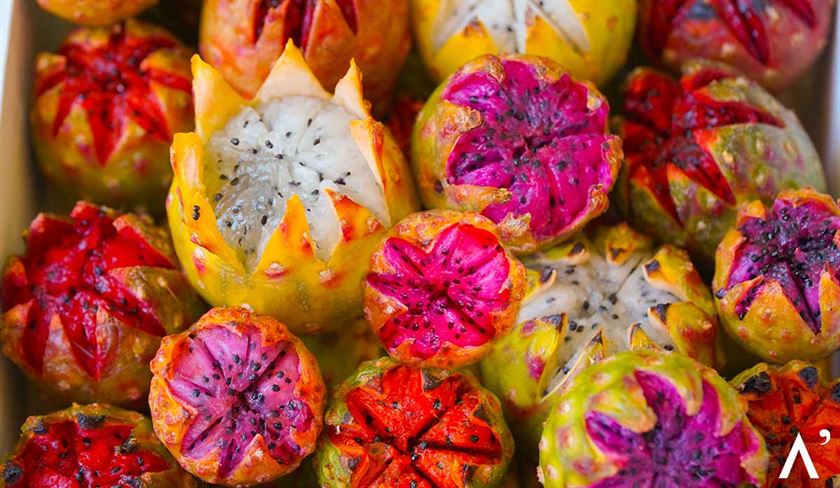 For 50 issues, we have told the stories that have been passed down from generation to generation. Many of them have been fanciful and others have contained a bit of truth. However, the most important thing is that all of them have brought us closer to the identity of the peninsula.

It has been quite a journey to have shared 50 legends with our readers. Thanks to Leyenda for so many years of imagination. Until next time!

In the arid mountains of the Baja California peninsula there are various kinds of cacti, plants resistant to droughts and which are part of the characteristic vegetation of this region of Mexico. The most common are the cardon, the garambullo, the nopal, the biznaga, the choya and the two kinds of pitahaya trees that produce sweet and sour fruits.

When the Jesuit missionaries arrived in California at the end of the 17th century, they were surprised when the Indians presented them with fruits of the mountain with red skin and thorns. Later, while exploring around the mission they founded in Loreto, the missionaries discovered the plants that produced the fruit. Natives called them tammia. The pitahayas were an important part of the indigenous diet since they constituted a means of survival in the inhospitable environment where they resided.

It was the Jesuit father Miguel del Barco who recorded a description of the characteristics of the trees and the ways in which the natives used the fruits. Accustomed to a near permanent state of famine, they ate the peel, the pulp and the seeds and, in extreme cases, they gathered the latter and roasted them in a fire. The seeds were consumed with delight.

The two pitahaya trees are as different as are the fruits they produce. The first is taller and it is necessary to use a hook attached to a thin stick or a reed to reach the fruits. This stick, known by the name Huichuta, is still used by people who go into the forest in search of sweet pitahayas.

The second tree is low in height and has scattered branches surrounded by thorns. The fruits are larger and also have thorns on the peel.

Father Del Barco related that the Indians collected a large quantity of the fruit and, after removing the peel, gathered all the pulp, beat it and kneaded it to later form a ball that they kept covered with leaves of corn or another plant. In this way, the food was preserved for a long time without detracting from its flavor.

Sweet and sour pitahayas ripen in the months of June, July and August. In some regions of the south, such as the Los Planes valley, the El Triunfo area and San Antonio, pitahayas are collected every year and sold freshly cut or in the form of jelly, which is the most exquisite way to savor the fruit. The Pitahaya Festival is held in the town of El Triunfo where awards are presented to the largest and best-presented specimens.

In South Californian folklore, this fruit is remembered and celebrated with the La Pitahaya Dance, as well as legends and popular songs.

Local’s Corner Previous
Odile: The night of the white t-shirts Next