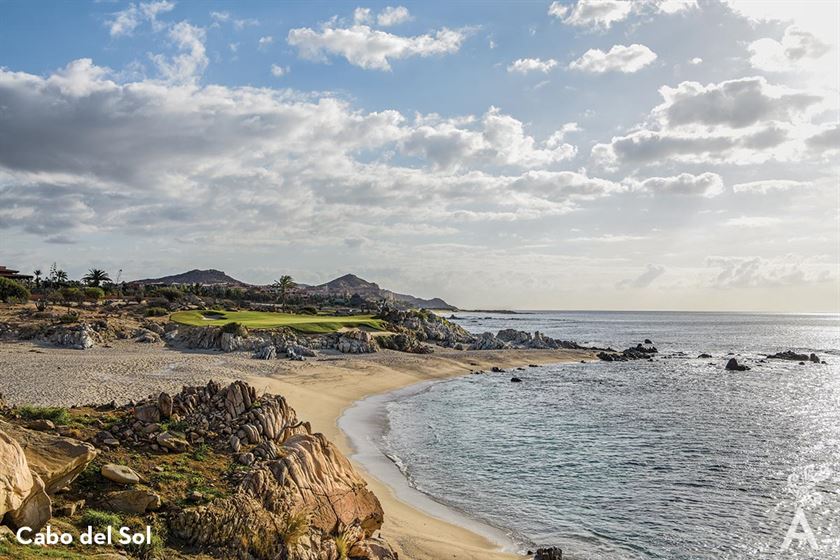 It seems like just a short time ago, and yet it has been 26 years since Cabo Real opened a golf course in Los Cabos. I mention the milestone because at the time the social life in this destination was relatively modest. It pretty much revolved around any event that attracted attention.

In those days, one of the most important social and sporting events was the Senior PGA Grand Slam. Coincidentally, it was played for the first time in Cabo Real. Obviously, we all wanted an attendee badge that allowed us to be close to the action and watch Jack Nicklaus, Tom Weiskopf, Sam Snead and, of course, the winner, Ray Floyd. 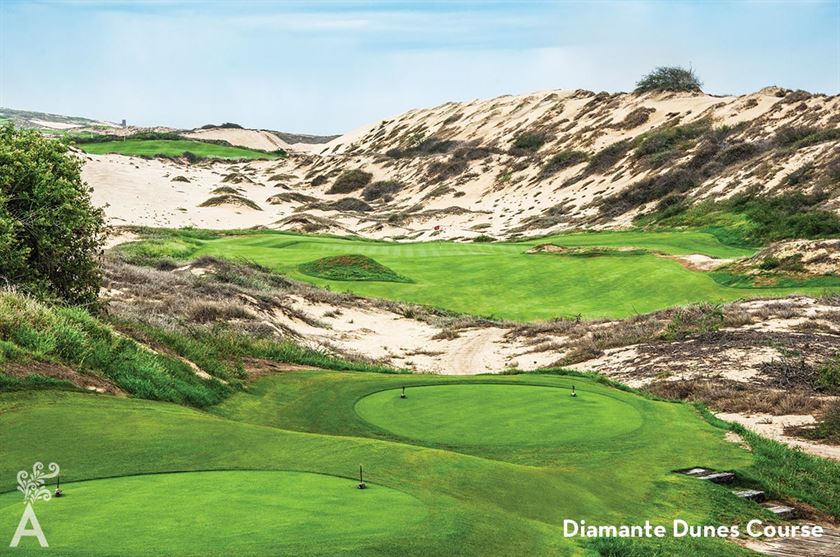 It was a great two-day event that attracted the attention of golfers and elevated Los Cabos in the eyes of the golfing world. The main reason was the coverage given to the tournament on US television networks. The Senior PGA Grand Slam was perhaps one of the most important milestones in the life of the sport here in Baja California Sur.

The Fonatur course was the first and originally planned for 18 holes. However, it stayed with the original nine-hole design. Shortly after came El Campo de Carlos (now Country Club San Lucas), Cabo Real and Palmilla (the resort’s first 18 holes). The courses were constructed to satisfy the demand of gamblers in the 1990s. It wasn’t long before the number of courses was insufficient to meet the demand. Soon, it wasn’t enough to just build a course, it had to be spectacular and with impressive architecture by renowned designers such as Jack Nicklaus, Tom Fazio, Robert Trent Jones, Greg Norman, Gary Player and Tiger Woods, just to mention a few. As a result, residential and commercial communities around the courses have been developed with great success. 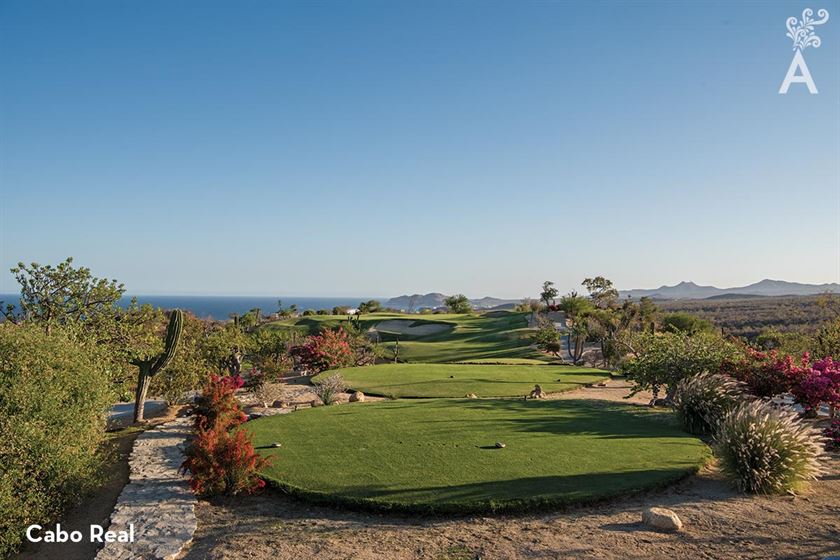 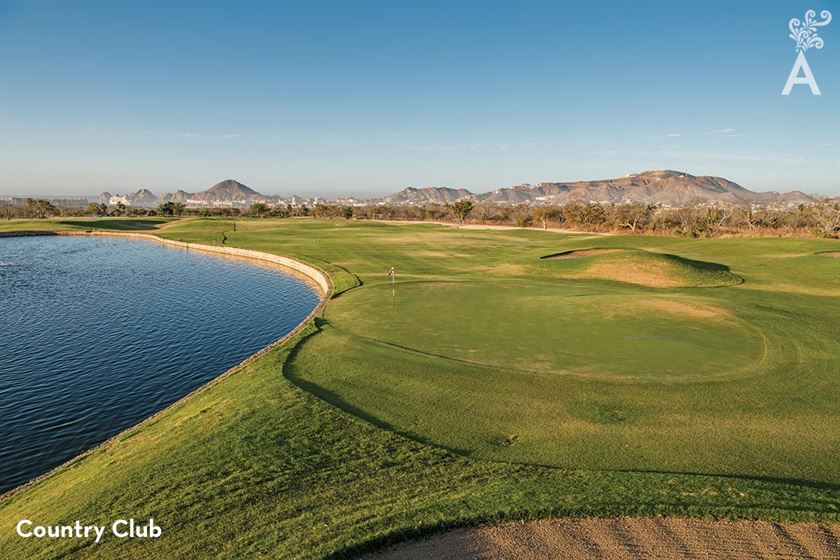 Truth is, golf arouses passions. Golf alone is a reason to plan a trip, attend a tournament, purchase a vacation home and, why not, settle into a place of permanent residence or retirement.

It is important to point out one difference with other golf destinations around the world. The number of days of annual sunshine here is around the 350, with an average temperature of about 77 degrees Fahrenheit. There is very little rainfall, except for September.

If that were not enough, the ideal complement to golf is the actual destination. Here you can enjoy deep sea fishing, world-class dining and, of course, spas that are true works of art.

It is not surprising to see a very large number of private planes at the Los Cabos airport all year round. (Los Cabos serves the second highest number of private jets in the nation.) Tourists flock here precisely to relax and enjoy all the activities.

Unlike in 1990s when social life revolved around events such as the Senior PGA Grand Slam, social life today has a very intense rhythm whether golf is included or not.  One way or another, people enjoy vacationing in Los Cabos. 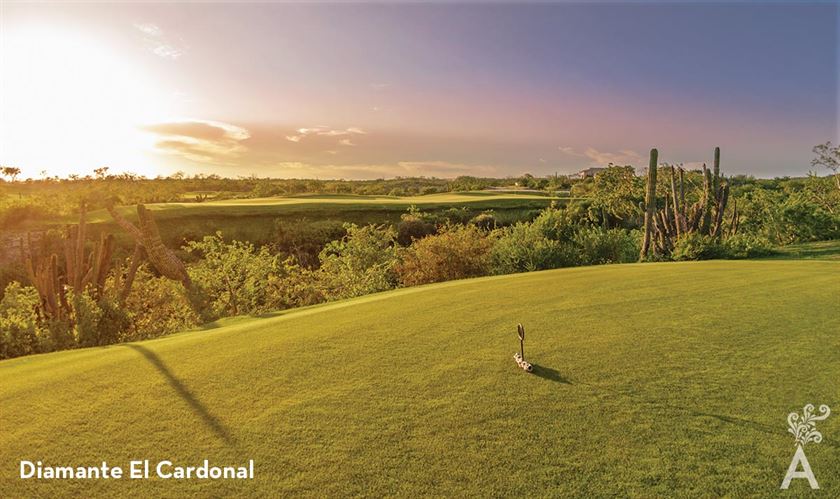 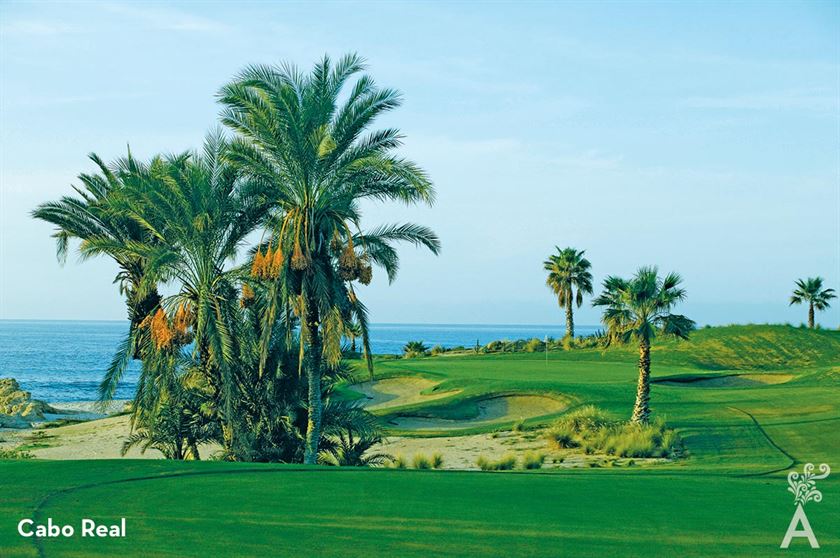 More than 17 golf developments are distributed along San Jose del Cabo, Tourist Corridor and Cabo San Lucas making it the number one golf destination per capita in the country and one of the 15 best in the world.

But don’t take our word for it. Come and play golf. Fall in love with your favorite course and at the end of your game relax, pamper yourself, and take the rest of the afternoon to prepare for the next day.

A Note from the Editor Previous
The 4th Paellas Festival was a success! Next

What can Yoga do for me during these uncertain times?

Grand Solmar at Rancho San Lucas: Live it to Believe it