The Open of Tennis Los Cabos unveiled the final list of players for the 2019 edition, where the leading figures are headed by Fabio Fognini, Juan Martin del Potro, Diego Schwartzman, Lucas Pouille and Grigor Dimitrov.

Jose Antonio Fernandez, director of the Mifel Tenis Open presented by Cinemex, confirmed the participation of the players added to this tournament: the Chilean Christian Garin (No.32), recent champion in the matches of Sao Paulo and Houston, as well as the Moldovan Radu Albot (No.41) and the American, Taylor Fritz (No.42), who has participated in the four editions of the ATC.

On the other hand, Mikhail Kukushkin (No.47) of Kazakh, Russia, returns to Los Cabos with Cameron Norrie of Great Britain (No.49), Damir Dzumhur (No.62) of Bosnia and Argentine Juan Ignacio Londero (No. 59), who has been an essential figure with his arrival to the round of 16 at Roland Garros.

Other tennis figures that complete the list are John Millman of Australia (No. 57), Americans Steve Johnson (No. 76) and Tennys Sandgren (No. 91), Janko Tipsarevic of Serbia (No.88), Ernests Gulbis of Latvia (No. 90), Prajnesh Gunnerswaran of India (N.95) and the German Cedrik-Marcel Stebe (No.95 with protected ranking). 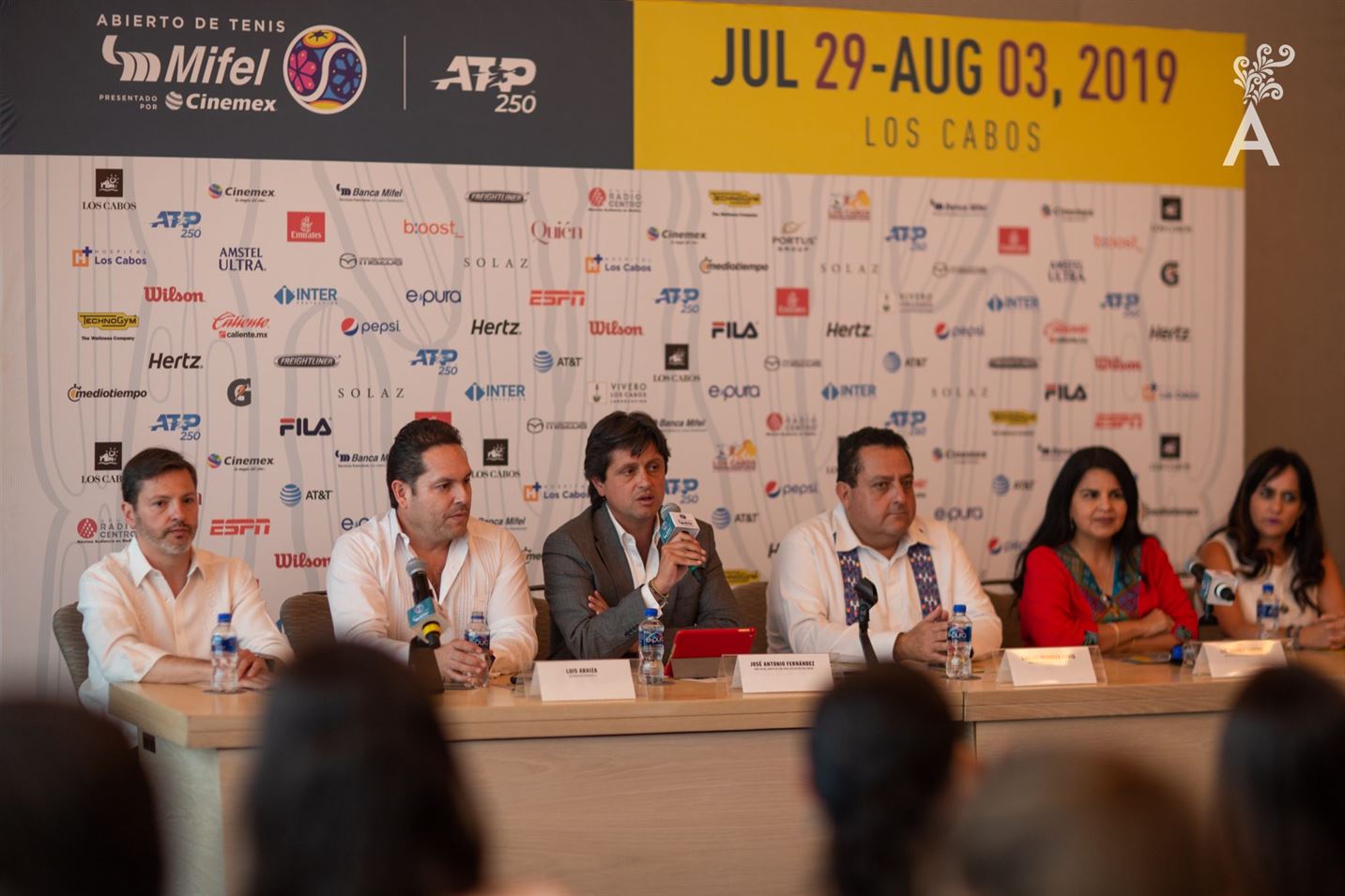 Also, Jose Antonio Fernandez announced the “ATC Cares” program, which seeks to give back to the community of Los Cabos, the environment and human development through various initiatives, such as the donation of a tennis court to the Don Koll sport unit and the avoidance of disposable plastic bottles during tournaments with several water point and reusable containers.

A healthy lifestyle is also promoted, so the tournament will invite different associations to provide health services, advice, and development to parents.

Tickets are already on sale at the box offices at Grupo Pegaso in Mexico City, at Cabo San Lucas at Del Mar School and San Jose del Cabo at Koral Concierge or through Ticketmaster.

Live a special moment with your friends and family at the Mifel Tenis Open presented by Cinemex and feel the adrenaline of watching the best tennis players compete on the court.

The Tennis Open 250 is back to Los Cabos!