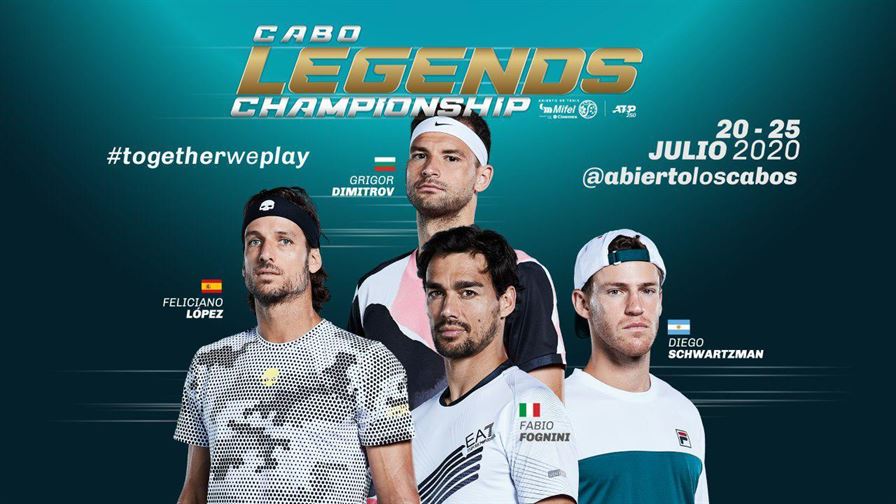 The Mifel Tennis Open presented by Cinemex has a new championship from July 20 to 25: Cabo Legends Championship. This tournament will take place on the social platforms of @abiertoloscabos

Geoffrey Fernández, director of ATP 250 comments for Tendencia that this tournament measures the approach players have with their fans, through healthy entertainment in a virtual way.

“The current situation forces us to innovate and be more creative in order to keep in touch with the community of fans and sponsors. The main objective is to commemorate the date on which the 5th anniversary of ATP Los Cabos would be celebrated.

And at the same time maintain the relevance of this sport and preserve the place in everyone’s mind as the great event that we are and that we have built over 4 years. ”

Cabo Legends Championship is a Virtual Tennis Tournament, among the best players who have  been in the Tennis Open in previous years. Players will compete during the week of the tournament in a direct elimination format to find out who is the public’s favorite, in addition to taking the replica of the ATP 250 Los Cabos trophy.

“The reaction of the players has been very good. Everyone has a special fondness for the Los Cabos Open. They themselves have been supporting the dynamic on their social networks, inviting their fans to vote for them, and they have been among the first to vote among themselves. ”

The constant competition of parties (voting rounds) lasting 3 hours. The order of the game will be announced in the accounts of the Los Cabos Open so that players and fans can follow the voting period of each round.

At the end of the voting time, a count will be made on all platforms @abiertoloscabos and the winning player who advances to the next round will be announced.

FACEBOOK: Fans will be able to choose their favorite player using an emoji.

In this Championship of Legends, the personality, charisma, friendliness and popularity of each player comes out. Once the sports talent factor is eliminated.

“The table of participating players of the Cabo Legends Championship 2020 are 16 players who have been semifinalists, finalists and champions of the Los Cabos Open in previous years, which shows the growth and quality of the trajectory in the Los Cabos Open (2016- 2019) ”

The champions: Ivo Karlovic (2016), Sam Querrey (2017), Fabio Fognini (2018) and Diego Schwartzman (2019). Seeking not to repeat players and only include active ATP Tour players, we invited Grigor Dimitrov and Frances Tiafoe, who will take the place of Thomas Berdych (retired) as Wild Cards.

¡Vote for your favorite!