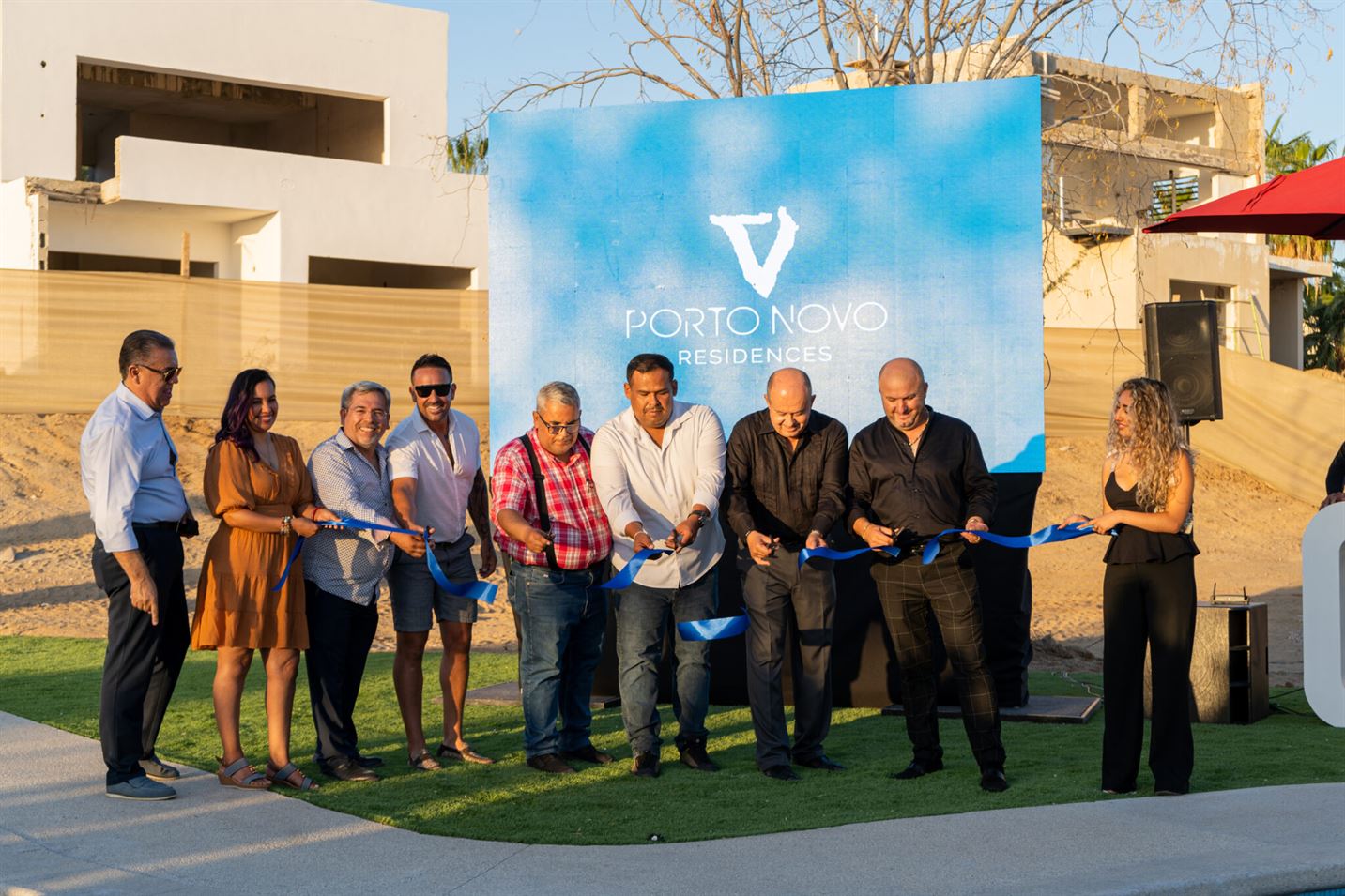 On April 28, real estate advisors, clients, partner,s and municipal authorities gathered to be part of the inauguration of this new development composed of 178 luxury condominiums, the result of the union of Ares Group and Cabo Cribs, construction companies that contributed to the creation of this new space with single-family homes and condominiums:

“for each house or condominium that Porto Novo sells, a house will be built for a family in need; the land where these constructions will be carried out will be donated by the city council”, commented the president of the board of directors of Ares Group, José Gómez Lozano.

This idea has been planned for more than 20 years in the minds of José Gómez Lozano, Leeroy Jarv,is and Jeremy Meestra who, together with their family, have contributed to the development of the projecwithta constant investment, generating jobs and improving the quality of life for some families in Los Cabos.

The goal is to build 220 homes for the families that need them the most to support the community of Cabo San Lucas with the “Buy a house, get a house” program.

Raymundo Ceseña, Julio Cesar Guzman, Mr. Gonzalez Rubio, sponsor of the event, Leeroy Jarvis and Jeremy Meerstra of Cabo Cribs were responsible for the official ribbon cutting and inauguration of this project.

With this initiative, it is hoped that other developers and companies will join Porto Novo and do their bit to make a dream come true.