The Other Mexico. A Poetic Biography of Baja California. 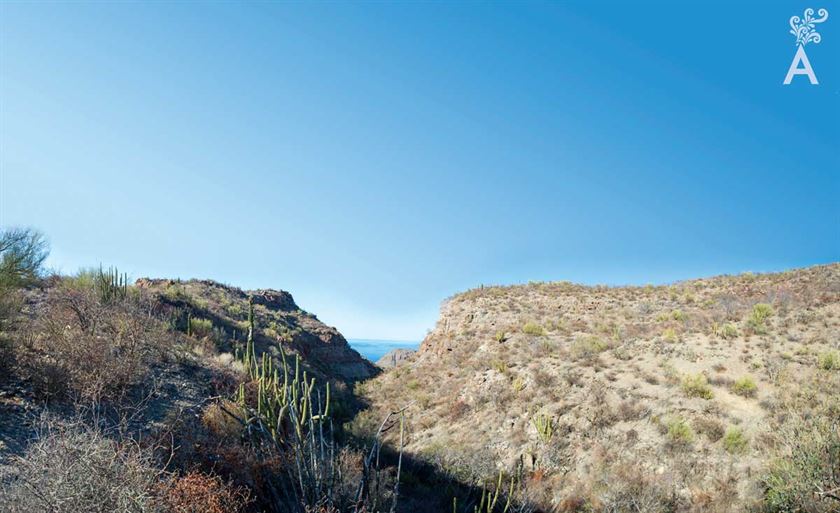 Much has been written about the peninsula of Baja California. The book The Other Mexico, by Fernando Jordan is a record, a chronicle, a travel document that begins on January 16th, 1952. The author travels “the bastions of the motherland,” experiences “an adventure in the islands,” continues “in search of the other Mexico,” walks “the route across the desert,” crosses the 28th parallel that divides the peninsula into two states, experiences “an adventure in the channel,” incursions “in the country of the oases,” and concludes in “the land of the future.”

In the introduction to this work, that we insist on calling “a poetic biography of Baja California,” Jordan states without shame: “…it originated with bewilderment. Bewilderment and love.” The statement is an unnecessary reiteration of something that is constant in his book and in everything he writes about the Mexican California.

“About the reality of Baja California, until then, I had written precisely the obvious, the superficial, the sensational and what I thought opportune. I had missed the most important thing: what made sense, which implied a message and a sign.”

Fortunately, he finds his way and says: “… we had to go back. Return to the roads, to the desert, to the men. Back way further! To history, to the facts that were the key to the facts that are today.” And by this discovery, the work begins “…in a regressive review, trying to clarify the meaning of an untimely and sincere answer.”

“If I have had reason or not,” says the writer, “to call this book The Other Mexico, it is not a matter for me to elucidate. However, I would like to state that the name of this Baja California biography did not lead me to the book, but the book confirmed the name it carries. My personal concern was to remain objective in the historical treatment and in the geographical drawing. I do not think I have violated any of the historian, the geographer or the biographer precepts.”

[two_first] On page 72 of a total of 268 that compose the work, the story effectively ends and he clarifies: “In the next chapters, the reader will get a rest from dates and appointments, and will find no more tales of heroes or deeds. What will follow, will be what I saw, not what I learned from other books, but what was left in the depths of my senses and not what I carry in my memory.”
[/two_first][two_second]
[/two_second]

It is precisely there that the story begins: the history of a part of Mexico with its own physiognomy, which should not be framed within the general events of the national future by failing to understand facts and causes that do not conform to the unjustly totalized context of what is known as the history of Mexico.

Jordan finishes the introduction of his work by saying, “I have been told that this is a passionate book. Congratulations! Hopefully, that it is the smallest of its defects. If that is true, it represents a source of pride. I would be ashamed to have written about a faraway piece of my homeland without warmth, without emotion, without love.”

There is certainly warmth when he recalls what was said in the US Senate during the Roosevelt administration, “Baja California is only a luxury for Mexico, but for us [United States] it is a necessity.” Jordan warns: “Foolish words? Who knows? The neighbors seem to have forgotten them. It would be better for us to keep them in mind for the present and for the future!”

Is there no emotion when, describing the Gulf of California, he states that “It was formed with the sole purpose of being the most original of the gulfs of the seven seas?” And there is also love when he invites: “Let us therefore pause at Parallel 28, and turn our eyes back. Let us leave the narrow footprint of the road and travel a little disorderly, traveling through the desolate tenderness of the desert.”

Jordan is undoubtedly sincere when he confesses “my deep affection towards all the Baja-Californians.” He is an extraordinary poet when, referring to the Gambusinos, he discovers that “one lives among the earth, confused with the dust that, with claws, raises one’s ambition.” Abundant sensitivity there is in the writer, in the poet, in the man, in those moments of expectation, when nature discovers his prodigies, as if penetrating an exceptional universe.

Worried by the economic panorama of the peninsula, he regrets that the advantages of the free zone have gradually been “mutilated” after its establishment in 1939 and whose fiscal regime considers a factor that reaffirmed the peninsular prosperity.

He finishes the work by saying, “Therefore, from the sandy platform of the Cape False lighthouse I have seen its luminous blinking lost on the infinite surface of the sea, I have thought that its beams of light are not a sign of alert, but of reception; not of fear but of hope. I think they are a sign that lights up at night to warn all points of the rising winds that, throughout the body of the desert, there is another Mexico of beauties, promises and future. Another Mexico that takes care of a flank of the nation and offers itself to her with a filial embrace, warm and generous.”

The work referred to here is: Fernando Jordan, El otro México, biography of Baja California, Mexico, Gandesa, 1951. Several editions of the book have been published.

Fernando Jordan Juarez was born in Mexico City in April 1920 and died in La Paz, capital of Baja California Sur, in May 1956. He began his career in engineering and was an anthropologist specializing in ethnology, a journalist, author and, finally, a poet.

The newspaper Novedades published his first novel. At the invitation of Don Regino Hernandez Llergo, Jordan published a series of reports about an expedition to the Revillagigedo Islands in Mañana. Shortly after starting the magazine Impacto, Jordan began a tour in Mexicali of the entire peninsula. A collection of reports was born from the expedition with the title La Tierra Incognita. The reports led to the book that is discussed here.

Jordan is also author of the poem Calafia, which was a winning composition in the floral games of 1955 and created just twenty-four hours before the contest. Jordan is, as Enrique Peña Moyron affirms, one of the most admired biographers, “the most distinguished writer of the present age who has sung the glories and beauties of the peninsula of Baja California.”