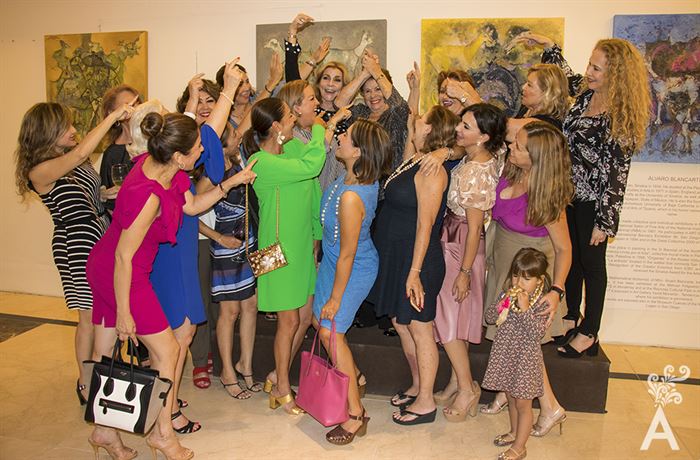 The life of Ingeborg Von Der Meden, better known as “Tita” has been a roller coaster of joys and moments. At almost 90 years old, Tita has traveled a path full of experiences as a daughter, sister, mother, grandmother and great grandmother. At 90 years, Tita has lived!

The cocktail for the presentation of the book “My Memories” was held last Tuesday, April 9 at Luxury Avenue, where friends and family gathered to honor the life of a person as valuable as Tita.

Daughter of a German father and a Mexican mother, Inge expressed her adventures in her book and made an introspection, among other experiences, of her first trip to Germany when she entered adolescence in the middle of the Second World War accompanied by her brothers and parents.

Her memories wander between her stay in a boarding school in Germany and then move from Germany to Poland. The death of Daddy, the lake where they swam in Cordingen, the end of the war and the return to Mexico as well as the different suitors who expected to have her hand, having to go to work and then retirement, having children and grandchildren, etc. Endless moments that Tita has had and now shares with the world.

Those who were present, between smiles and tears, but, above all, admiration, gathered to celebrate the path of a person who has much to tell and whose wisdom for life is enormous. The respect of the attendees for Tita was evident, and the atmosphere was filled with joy and pride ending the evening with a book in hand.