A cozy cocktail at The Wine Bar by Romeo & Julieta was the perfect environment to reveal the new image of Los Cabos Film Festival to be held from November 13 to 17 this year. 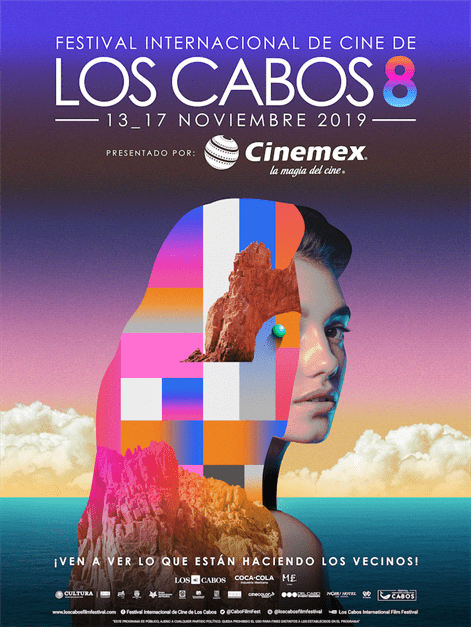 The representative image for #LosCabos8 was mastered by Magdiel López,

a leading Cuban visual artist based in Dallas, Texas, inspired by the Sudcalifornian legends.

A beautiful woman evokes Queen Calafia mythical goddess recognized for her courage and perseverance. Her gaze is framed with the iconic arch of Los Cabos and the legendary lemon pearl, extracted from the pearl deposits of La Paz.

The background tones remind of the dark skies of the starry nights and the spectacular pink sunsets that melt in the seas that bathe the region. Modernity, technology, art, and dynamism are also represented with geometric monochromatic figures within the image.

“Looking at Los Cabos from El Arco is like seeing the most beautiful landscape from the lens of a camera. I am very happy and proud that my first art for a film festival is for the Los Cabos International Film Festival. Inspired by the beauty of Los Cabos and the perpetual impact that movies have on us.” Magdiel López.

All these elements merge into a collage proposal that also involves us to be part of this festival! 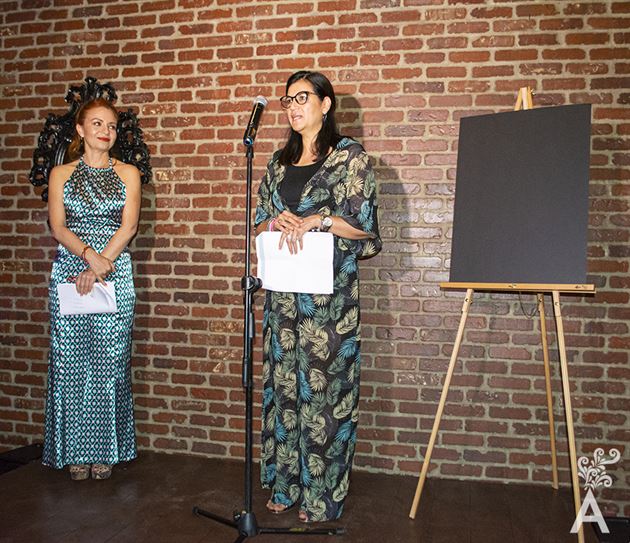 Cultural activities for the community:

“Cinema on the Beach”

For the second consecutive year, two free film functions at the emblematic El Médano beach will be held on November 14 and 15 in collaboration with the Hotel Casa Dorada Resort & Spa.

“The importance of a Film Festival”.

Discussion courses aimed for workers in the tourism industry, media and students (August-October)

An initiative to promote the professionalization and training of new talents. Aimed at adults who must carry out the film criticism of a Mexican film under a thematic axis that will be chosen by the Jury and the Festival Committee. The call will open in September.

Volunteers 2019
One way to be part of #LosCabos8 is to join the team that each year brings time, great talent and enthusiasm supporting the Festival in different areas. In September, the volunteer registry will be open

Finally, it was announced that the RED CARPET this year will move to the Marina of Cabo San Lucas.

“AThus, one of the most outstanding activities of the Festival is integrated into a public route, which fosters greater closeness with the community of Cabezas and that will make the natural beauty of this destination look inside and outside the country.” Alejandra Paulín