¡Los Cabos Film Festival announces the movie that will open its eighth edition! 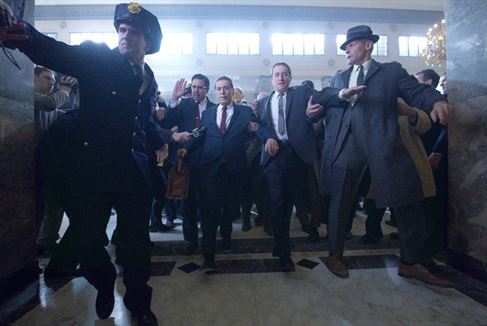 This year, The International Movie Festival of Los Cabos announces the opening of its eighth edition with the premiere of the Latin-American movie, “The Irishman” by director, screenwriter, actor, and producer, Martin Scorsese; winner of an Oscar Award and Three Golden Globes.

The movie release of “The Irishman” will be presented at Pabellón Cultural de la República in Cabo San Lucas, next November 13th, in which Robert De Niro, Al Pacino, and Joe Pesci will be starring the epic film.

This movie displays organized criminality in the United States as it followed the Second World War, a story told by Frank Sheeran, a veteran, scammer, and hitman.

The movie narrates the demise of the legendary leader of the International Brotherhood of Teamsters, Jimmy Hoffa, and it depicts the rivalry and connections between organized crime and American politics.

To top it off, the new movie by the titan of the cinematic world is pictured by the Mexican, Rodrigo Prieto, acknowledged in 2016 with the tribute that Festival de Cine de Los Cabos offers to us.

The community will have the opportunity of enjoying one of the most awaited premieres of all year and get captivated once more with the performances of Robert De Niro, Al Pacino and Joe Pesci, just like Martin Scorsese’s direction, Rodrigo Prieto’s photography and the story of the hidden links concealed by politics and the organized crime in the United States.

Are you ready for the eighth edition?