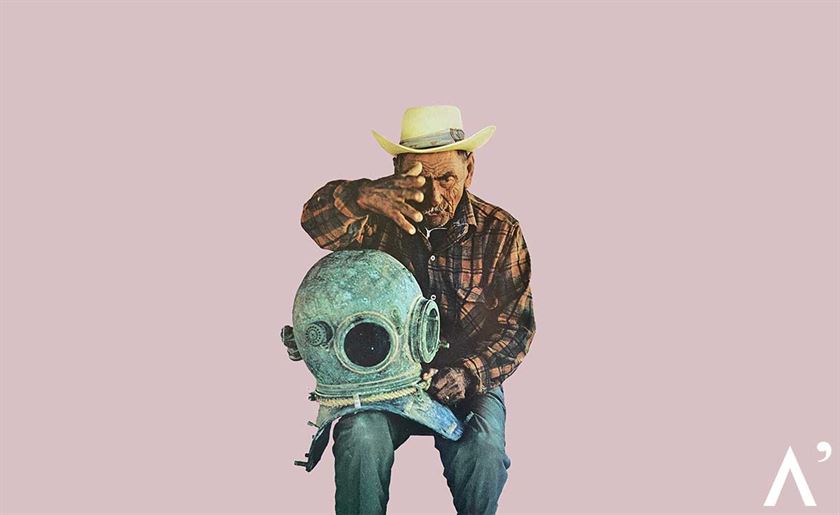 La Ventana is a small suburb of El Sargento. The name is curious because La Ventana (The Window) was a commune. On August 25, 1949, the president at the time declared that La Ventana was part of El Sargento and the two were to be considered one community. A long time ago, the families of this small town worked the sea in the fishing and pearl diving businesses.

Pearls were the main trade because this was an area rich in oysters.

Something people don’t know about this place is that, at some point in time, this community would become the originator of the legend of “The Great Lemon,” the royal pearl that proudly sits on the British crown of Queen Elizabeth II.

During a 1972 article on Baja California Sur, National Geographic set its sights on Salomé León Lucero, 79 years old, who was a pearl diver from La Ventana. During his exploits, he said that he managed to get out alive from a face-to-face encounter with a shark by skillfully defending himself with his basket of oysters.

Salome also told National Geographic that in a lifetime of extracting pearls, he found a big pearl with green highlights. Probably the famous pearl in the Queen’s crown!

Salome worked with Hermanos Ruffo. They were merchants of groceries, liquors, beer, and cloth, as well as other merchandise. The story goes that the pearl was given to businessmen who were part of the commune during the time, and it moved up the ladder, from person to person, until it was placed in the crown. The men became the means for this La Paz treasure to arrive in San Francisco, California, USA, as a gift to the ambassador of the United Kingdom.

Although this topic has been the subject of numerous debates, it is a fact that the legend has become part of the Southern Californian identity and that it takes us back to one of the activities practiced by even the first natives of the region.

Today, this famous legend lives not only in the people of La Ventana, but also in the travelers who succumb to the spell of the peninsula and in you, dear reader, who now write in your heart the desire to pursue this memorable story.