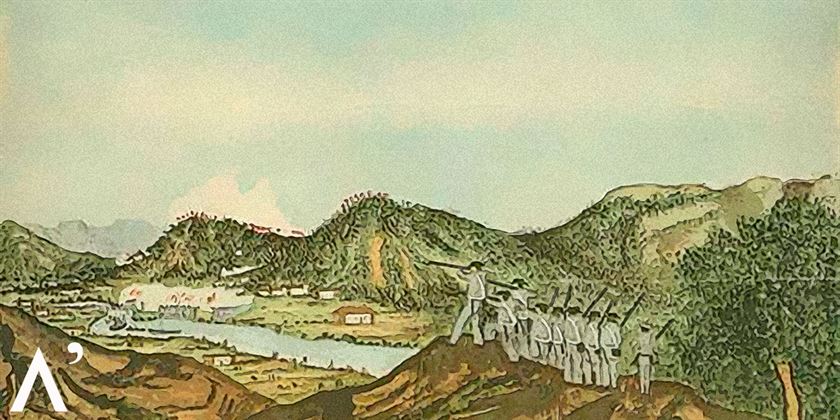 In Mulegé it is natural to let yourself be enchanted by the surrounding tranquility and it is difficult to conceive that a fierce battle was waged here in defense of national sovereignty.

But the brave troops led by Captain Manuel Pineda Muñoz faced the invaders and, in an act of courage and patriotism, opposed the invasion, leading the Mexican armed forced to victory.

In addition to this being the first event that earned this site the name of “thrice heroic Mulegé”, it is where our legend begins, which reflects the ingenuity that is a Mexican cultural characteristic and is shared by word of mouth, going from one generation to the next.

It is said that the panorama was as gray as the lead of the weapons that spit fire in the hands of the soldiers, because although the Mexican fighters were daring, the truth is that they did not have as many soldiers as their opponents.

Captain Pineda Muñoz’s head must have been spinning as he thought of a way to ensure victory, and just in time an idea lit up his mind and, the story tells, that in what is now known as the Cerro del Sombrerito he planted his trenches and in the middle of the battle he raised the rifles of the fallen men, hanging their hats on them, making his adversaries think that there were still many soldiers in combat, so they chose to withdraw.

A year later, the signing of a peace treaty marked the end of this war.