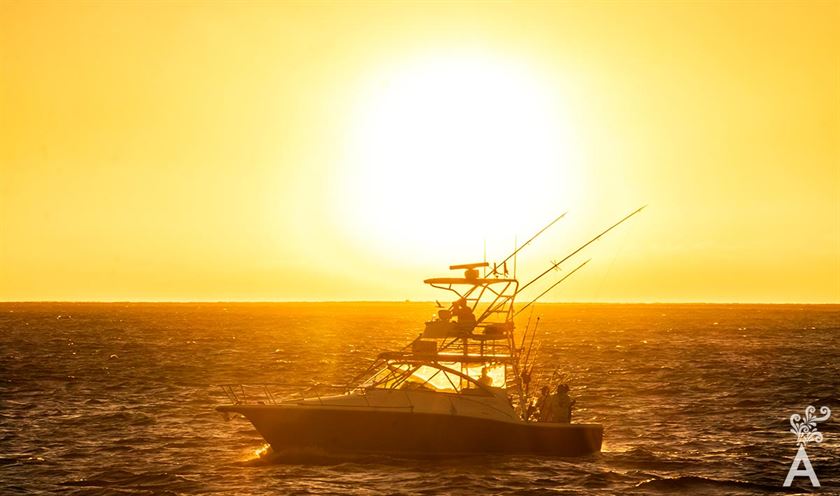 “All work is enslaving, but when we do the things we like, the chains disappear.”

Chatting with someone who for 20 years has been the operative right arm of the most important fishing tournament in Los Cabos made it perfectly clear that those who passionately enjoy their work will be able to look back without regrets.

Clicerio began working with Bob Bisbee in 1990. He organized and managed fishing tournament permits. During this time, his passion for fishing and developing events worthy of the destination where they were held contributed to the establishment of the Bisbee Black & Blue tournament.
[/two_first][two_second]
[/two_second]

One of the key factors for the popularity of this tournament has undoubtedly been the prize money. Regardless of the number of registered boats, the jackpots get bigger year after year.

“Curiously, the year 2000 broke the world record for the number of vessels entered in a tournament with 239. However, in 2006, Los Cabos experienced a new record: The largest purse in history worldwide with 4.5 million dollars.”

The tournament has experienced a series of changes as the result of rule modifications and adapting to today’s challenges. In recent competitions, the scale has been open from 3:00 to 9:00pm for three days of fishing. Punctuality is one of the rules. Being late, despite having a heavier fish, results in disqualification.

“In one tournament, the actor, director and producer Willie Aames spent 21 hours fighting a marlin. At that time, the tournament rules did not allow anyone else to take the pole. The rules have been modified since, and although there is a rules committee, they present one of the biggest challenges for the tournament, since not all competitors are satisfied with the decisions.”
[/two_second]

“I believe that nobody breaks the rules intentionally. Many times, they get in trouble because they do not know the rules. Obviously, it is important that competitors become familiar with them.”

Storms have also been among the major challenges the tournament has faced. Wind, waves and hurricanes have a way of adding a lot more adrenaline and excitement to a day of fishing.

“To everyone’s surprise, the tournament was not canceled in 2014 in the aftermath of hurricane Odile. The 2018 tournament was also one of the most exciting since it was held during the Willa and Vicente tropical warnings. The tournament had 114 vessels registered.”

The growing popularity of the destination as the capital of sport fishing has given rise to smaller alternate tournaments, each with its own personality.

“No matter which tournament you choose, participating in Black & Blue is a once-in-a-lifetime experience you will never forget, whether you take home memories or millions.”