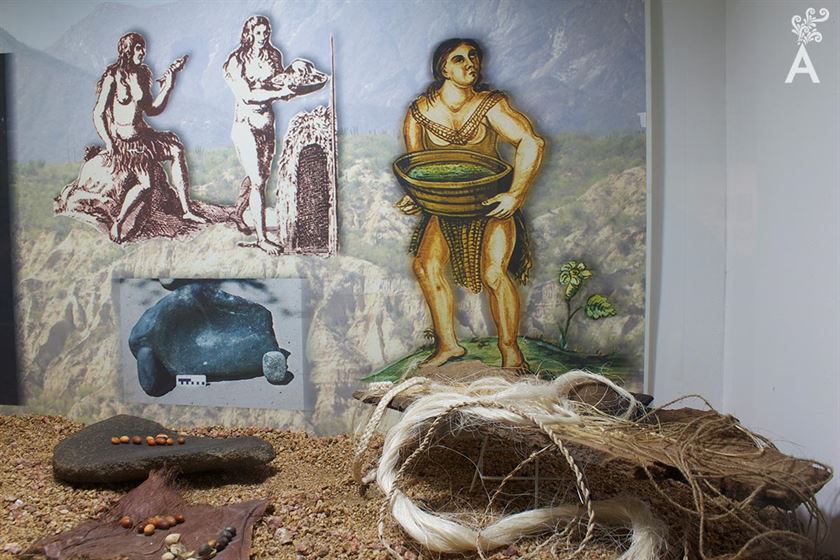 The historical roots of Southern Californian cuisine contain similarities between dishes from Sonora, Sinaloa and Jalisco, the heirs of the food of New Spain and Spain. During the missionary era, the Jesuits introduced wheat, corn, beans, lentils, chickpeas, squash, zapote, millet, pomegranates, lemons, plums, cabbage, lettuce, sugar cane, rice, dates, bananas, watermelon, oranges, limes, grapes and olives. The pozole dish was obtained from the corn, the wine was produced from the vines, and the piloncillo or panocha was prepared from sugar cane, as well as plums and raisins. The missions also introduced livestock that provided roasted meat, milk, cheese and eggs.

The missionary community consisted of the missionaries, military troops and neophytes from India. It is important to highlight the difficulties faced by the missionary economy for the production of food due to the arid characteristics of the peninsular environment. As a result, their main foods were pozole and atole. However, oases played an important role and allowed the cultivation of gardens where they could grow grapes, sugar cane, oranges, olives and vegetables. Other ingredients were brought from Puerto Yaqui, Sinaloa or from Nueva Galicia.

The culinary traditions of the 18th century missionaries in California lacked many ingredients found in the kitchens of New Spain. With the secularization and civil colonization, a new cultural tradition arose during the transition from the 18th to the 19th century. Vegetable gardens appeared and the first cattle ranches were established. From there came the techniques, knowledge and seasonings of the regional food culture influenced by the ecological conditions of the desert, the production of the ranches and the needs of the small population. Foods that have survived from that time include the cipai, the guacabaqui of May and Yaqui origin, roasted goat meat and missionary wines.

In the mid-nineteenth century, an area was identified near the borders of La Paz and Comondú called Intermedios. It is memorialized in the culture of the mountain cowherds. In this extensive area that ranged from Andachire and Jesús María Aenatá to Toris and the Pacific coast, including the plains of Magdalena, numerous cattle ranches were distributed such as Tihuana, Tembabiche, Yerbabuena, San Dionisio de Quepoh, Los Dolores, Iritú, Toris, Kaquiwi and others. The ranches contributed the dishes of the mountain cowboy such as dried meat, goat meat either roasted or cooked in a broth with wild oregano, the chimangos, the machaca de res, broth from bones with beans, the coyotas, the puchero, cheese with honey, beef stew, beef tatemadas and flour tortillas.